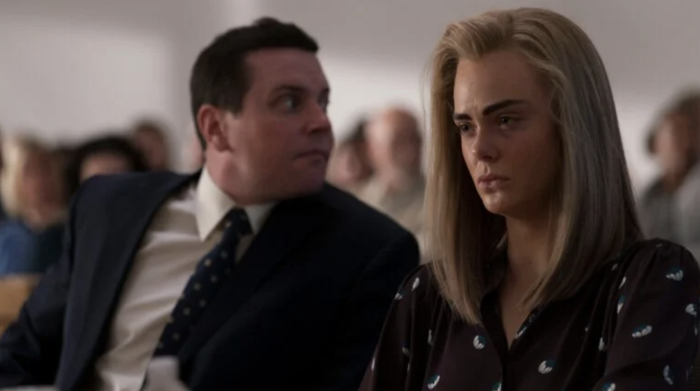 Hulu's 'Girl from Plainville' Has Nothing New to Say, but It Says It Well

There has been no shortage of “prestige” true-crime and grifter series in recent months. There’s The Dropout, Super-Pumped, Inventing Anna, WeCrashed, The Thing About Pam, and Bad Vegan. Hulu’s The Girl from Plainville comes at the tail end of this exhausting parade, and I guess the question is: Does it add anything new?
The answer is yes, but mostly no. If you followed only the headlines in the Michelle Carter case, which dominated New England newspapers for several years, then The Girl from Plainville at least offers a take on Carter that is less binary, less black-and-white, less good vs. evil. But if you’ve read the Jesse Baron Esquire article exploring the death of Conrad Roy III or watched the Erin Lee Carr-produced documentary I Love You, Now Die: The Commonwealth v. Michelle Carter, there’s nothing in the Hulu series that will come as a surprise (both Baron and Carr also acted as producers on this series). As someone intimately familiar with the case, who has also watched all of the above grifter/true-crime series, Plainville feels like a rote exercise in checking off all the moments from the case. There’s nothing in the first three episodes, at least, that wasn’t pulled from the article or the documentary, and watching Plainville feels like a weird case of déjà vu.

What Plainville does have going for it, however, is a strong performance from Elle Fanning, so strong in fact that it only enhances the feeling of déjà vu because she so perfectly embodies the real-life person we’ve gotten to know from the doc and Esquire piece (she is, however, different from the heartless, evil teenager most often depicted in local news stories). Fanning is perfection here, and it’s not an easy role to pull off because the character asks us to feel some sympathy for a teenager who not only encouraged her boyfriend to take his own life, but performatively grieved after his death in an effort to draw attention to herself, gain friends, and increase her own popularity.

But that’s what’s also most compelling about Michelle Carter. The series lays out the crime and digs into the performative grief, but it also explores Carter’s motivations. She’s young, has problems making friends, feels alienated from the world, and she is clearly susceptible to love stories that end in tragedy (the television show Glee plays a central role in this story). In addition to the performative grief, however, she’s also experiencing real guilt and shame about her role in the death of Conrad Roy.

In other words, as a character study, Girl from a Plainville works, thanks largely to Fanning, and also because it seems less interested at this point in pitting two sides against each other (that, I’m sure, will come out in the court case, and here it is Aya Cash in the role of Judy Greer in The Thing About Pam the ambitious prosecutor Katie Rayburn). Colton Ryan also does good work as Conrad Roy, and the series digs into the history of depression that made him so amenable to the power of Carter’s suggestions. Chloë Sevigny plays Roy’s mom, and Sevigny does what Sevigny always does, whether she’s asked to glam it up or down (as she does here), and that is to completely inhabit a character. I don’t often think of Sevigny as a character actress, but that’s exactly what she is, and she is one of the best.

Lisa Cholodenko (The Kids Are Alright) is among the directors who endeavor to tell a story that is more than a court case or a novel legal issue but an actual event that ended one life, destroyed another, and reverberated among many others. It is a well-constructed series with terrific performances that takes care not to demonize Carter or blame Roy. Unfortunately, it doesn’t say anything that hasn’t already been said about this very case, so if you’re already familiar, Plainville has nothing new to say. If you aren’t familiar, however, understand that what it does say, it says very well.