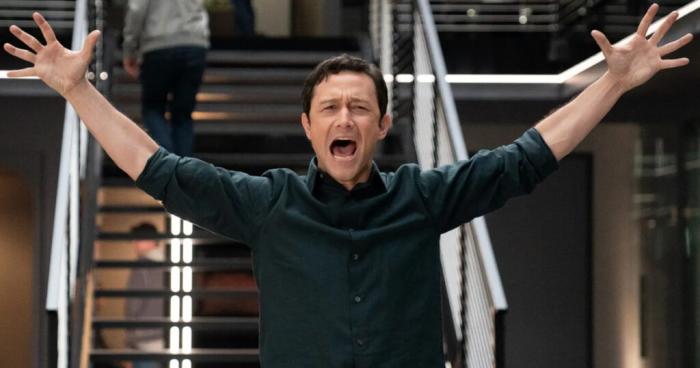 'Super Pumped' and the Egregious Miscasting of Joseph Gordon-Levitt

Joseph Gordon-Levitt has had an extraordinary career, and while he’s not exactly Tom Hanks, he is one of the more likable actors in Hollywood — he screams earnest, well-intentioned decent guy, the kind of person who would take a two-year break from the industry to raise his kids. Whether it’s fair or not, public perception — and past roles — affect the way we see an actor, and when we see Joseph Gordon-Levitt, we are generally filled with nice feelings.

There are good reasons to cast someone like that in the role of Uber founder Travis Kalanick in Showtime’s Super Pumped, specifically if we are meant to have warm feelings for a character before he evolves into a raging douchebag. This, for instance, is the approach of Hulu’s The Dropout (which we’ll talk about later this week): Amanda Seyfried’s Elizabeth Holmes is not immediately unlikable, and we are allowed to see how ego and ambition warp her over time.

Conversely, Travis Kalanick is already a loathsome douchebag where the story picks up in Super Pumped. There’s little by way of an origins story — it begins in 2011, two years after Uber was founded (as Uber Cab), it’s already in beta in San Francisco, and Kalanick has already minimized the contributions of Garrett Camp (Jon Bass), who came up with the idea and programmed the prototype. Kalanick begins the story in full-on f**k you, I’m God mode — determined to be the next Bezos — and there’s some initial confusion between how we perceive Joseph Gordon-Levitt and the character he is playing, which unfairly buys Kalanick the benefit of the doubt for most of one episode, anyway.

By the second episode, however, it’s clear that Kalanick is completely irredeemable — so much so that we find ourselves rooting for a billionaire investor, Bill Gurley (Kyle Chandler), if only to keep Kalanick’s excesses in check. And yet, JGL’s presence holds us back from hating him as much as we should, which makes one wonder why Billions creators Steve Levian and Brian Koppelman didn’t go with someone with a more punchable face baked in — an Alden Ehrenreich, Miles Teller, or Ansel Elgort-type. Why not cast someone we are already predisposed to hate if Super Pumped has little to no interest in humanizing Kalanick because, so far, it hasn’t expressed any. He’s terrible to his parents; he’s terrible to his employees (his opening line to interviewing applicants is, “Are you an asshole?”); he’s terrible to women; he’s even terrible to his investors.

Kalanick is a walking-talking, over-the-top human pep talk, only nothing he says is inspirational, and everything that he believes is driven by greed and the desire for more power. Did it work? Sure. The ride-sharing business has more or less wiped out the taxi business, but at what cost, when we have exchanged humanity for convenience while enriching people like Kalanick, often at the expense of his own employees?

The despicable nature of Kalanick notwithstanding, Super Pumped is fascinating, if only for a glimpse into how it managed to so effectively bulldoze an entrenched industry. It requires vision, big ideas, a lack of morality, a lot of work, and most importantly, the ability to step over people to achieve one’s goals without feeling any remorse — a certain level of sociopathy. Again, that’s something that JGL has problems depicting (I expect no such issue with Jared Leto’s forthcoming WeCrashed), and it keeps me from hating Kalanick as much as he deserves to be hated.

JGL aside, Super Pumped is not without several strong performances. Chandler plays Bill Gurley as though he’s the only adult in the room, and while he seems to understand the level of ego necessary to “disrupt” (a word that is heard no less than 10 times in the first two episodes), it doesn’t mean he has to like Kalanick. Kerry Bishé is also excellent as Austin Geidt, the person essentially in charge of organizing the troops/drivers (and who often takes the abuse meant for Kalanick), while Jon Bass is almost unrecognizable if you’re only familiar with him from his comedic roles.

Finance is also Levien and Koppelman’s wheelhouse, and as they have done with Billions, they write Wall Street and start-up jargon with a Shakespearean authority, which is admittedly more effective when they have Shakespearean actors in Damien Lewis or Paul Giamatti. Unfortunately, they don’t tailor the language to JGL and Kalanick so much as they just toss in a lot of pumped-fists and “bros.” Likewise, the speechifying works better with actors more adept at delivering long monologues than JGL, who dances around as though to a Hall & Oates song while proclaiming how much he’s going to crush his enemies. Kalanick supposedly developed a cult-like following, but I find it hard to believe that anyone would think of JGL’s version of Kalanick as anything other than a detestable, shitty little punk.

That is perhaps to the series’ credit because while I do not like Kalanick, I am excited to see him fail and fail hard. It’d be a lot more enjoyable, however, if I weren’t predisposed to liking JGL.