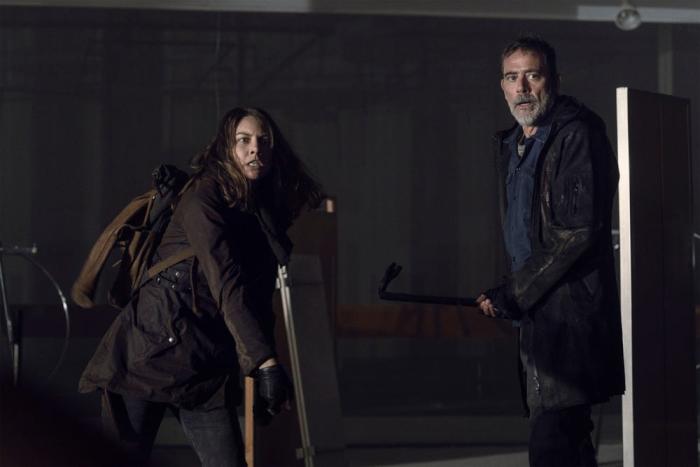 If you’re no longer watching The Walking Dead, here’s what you need to know: Jeffrey Dean Morgan’s Negan killed the husband of Lauren Cohan’s Maggie, and now they are enemies with perhaps a touch of sexual tension. In the years since Glenn’s death, Negan has softened considerably, while Maggie is as ruthless and murder-y as the old Negan, which the new Negan understands but also fears.
Though Negan and Maggie have been forced to co-exist for the last 15 episodes or so — since Lauren Cohan rejoined The Walking Dead after the cancellation of Whiskey Cavlier — Negan left the Alexandrian group two episodes ago and went out on his own because he rightfully understood that if he stuck around, Maggie would eventually kill him.

So, of course, it makes perfect sense that AMC has greenlit a fifth The Walking Dead spin-off, this one called Isle of the Dead, which will center on … Maggie and Negan. The six-episode series, set for release in 2023, will be set in Manhattan and follow Negan and Maggie as they explore a post-apocalyptic New York City. The two hate each other so much that they are obviously bound to f*ck, which will be interesting given their history.

In the meantime, The Walking Dead universe will apparently continue for eternity. The parent series is currently in the midst of its final season — and last night’s Eugene-centered episode was a real snoozer — while the creatively spent and Garret Dillahunt-less Fear the Walking Dead is set to begin its seventh season this Spring. The Walking Dead: The World Beyond has already run its two-season course, a Daryl and Carol spin-off is also set to arrive next year, and an anthology series (with a hell of a cast) is currently shooting. Oh, and supposedly, there is still a Rick Grimes movie in the works, although I strongly suspect that has been canceled and that Andrew Lincoln will show up at the end of the final The Walking Dead season and close the chapter on that story sans film.