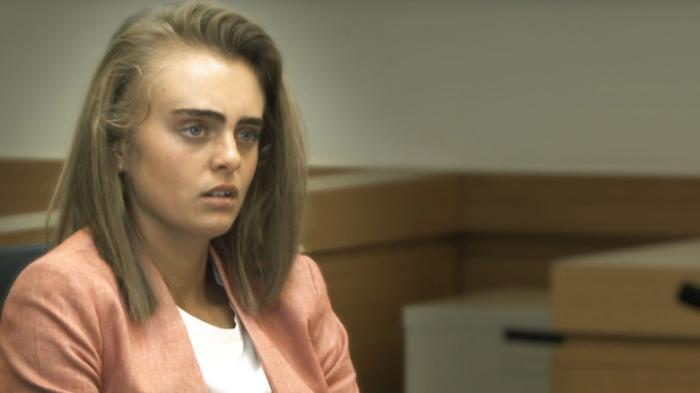 Review: 'I Love You Now Die: The Commonwealth vs. Michelle Carter'

This is ostensibly a review of HBO’s documentary I Love You Now Die: The Commonwealth vs. Michelle Carter, but really, all I want to do is talk about the case. The two-part documentary itself is OK, although it relies too heavily on text messages to relay the story, which can often be dramatically inert. The documentary is not helped, either, by the fact that Michelle Carter nor her family is interviewed, which could have offered some valuable context to the case and given us some more insight into Carter’s own thinking rather than leaving that up to people who barely knew — or didn’t know Carter at all — to speculate on her state of mind.

Still, there’s enough information in the documentary that I wasn’t aware of to solidify the opinion I had even before I knew those details that Carter never should have been convicted of involuntary manslaughter for the death of Conrad Roy. It might be an unpopular opinion here, but I do not believe a person should be held liable for someone else’s suicide, especially when the impetus is text messages to someone predisposed to suicide from someone the victim has only met five times.

Most of you probably know some of the details involved in the Michelle Carter case (people in Massachusetts probably know a lot more). Basically, a high school kid, Michelle Carter, was “dating” another high-school kid, Conrad Roy, although they lived an hour away from each other and most of their relationship was conducted via text. Conrad Roy was suicidal. He had made four attempts to commit suicide, and he talked about taking his own life on a near-daily basis.

After months of this, Michelle Carter — who also suffered from mental health problems, and who had also considered suicide — convinced Conrad Roy to follow through on his plan to kill himself. In the days leading up to Roy’s death, he went to bed on most nights telling Carter that he wouldn’t be alive in the morning. Eventually, Carter — who probably believed in her own depressed mind that suicide was Roy’s best option — talked Roy into following through on his plan. Carter encouraged Roy to do it. Roy wanted to be encouraged. Roy drove to a parking lot, sat in his truck, and turned on his engine so that he could die from carbon monoxide poisoning. He spoke to Carter for nearly two hours on the phone before doing so. However, when his car filled up with carbon monoxide, he bailed on the plan and jumped out. During a phone call of which we have no recording, Carter allegedly talked Roy into getting back into his truck, where he succumbed to the carbon monoxide.

It was absolutely tragic. I am heartbroken for his parents and his family. It’s a horrifying nightmare.

But it wasn’t Michelle Carter’s fault, either legally or philosophically. The prosecution in this case made a lot of arguments to the effect of, “If not for Michelle Carter, Conrad Roy would still be alive today.” Conrad Roy was depressed. He was on psychiatric medication. He had several previous suicide attempts. His Internet history was littered with research about how and why one should kill themselves. His father was abusive and beat Conrad and his mother. His parents were going through a nasty divorce. Conrad felt completely alone. He posted videos about his depression. He texted Carter about his suicidal feelings daily.

Michelle Carter, meanwhile, had mental health issues of her own. She was on psychiatric medication. She was a habitual liar who also felt alienated by her own friends. She was desperate for attention. She romanticized suicide, in part because of shows like Glee and the real-life death of Corey Montieth. She was incredibly troubled. She was also a teenager, and those emotions and feelings were obviously heightened. She encouraged Roy to go through with his suicide because she believed that 1) it was what Roy wanted, and 2) that it would give her the attention she desperately sought.

But she never should have been convicted. There never should have even been a trial, because you cannot place suicide in the framework of the legal system. There is never one precipitating factor. When I was in second grade, I walked in on my mother trying to take her own life. She was hospitalized for several months. When I was 16, my brother tried to end his life. A few years later, my father successfully ended his. There may have been a final straw in each of these events, but it was never one thing. It was weeks or months or years of mounting issues. It was mental health. Hell, my mother tried to take her life because my father cheated on her. Had she succeeded, should my father have been held legally responsible for her death, even if he cheated on her because he was a closeted gay man? Of course not. That’s absurd.

But it’s no more absurd than holding Michelle Carter responsible for Roy’s death. My parents, at least, had been married for over a decade. Carter and Roy had seen each other five times in their lives. You cannot legally attribute enough power to Carter to be responsible for someone’s suicide over text, regardless of how susceptible he might have been. She did not take away his agency.

When confronted with senseless tragedies like these, we are all driven to find someone to whom we can shift the blame. However, just because a mentally ill teenage girl tried to capture some attention from the tragedy, or because she made faces that were perceived by the media as “bitchy” while in court doesn’t make her responsible. It may not make her a good person, but it doesn’t make her a murderer.

Carter is currently serving 15 months in prison. She has appealed the decision to the Supreme Court.