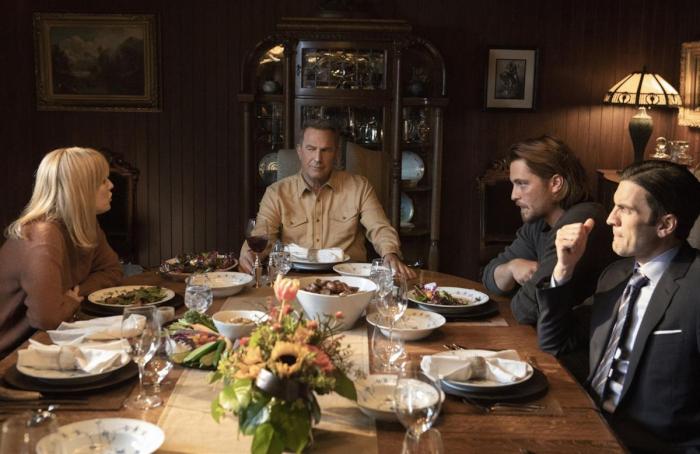 This week’s episode of Yellowstone keeps things low-key, which is when Taylor Sheridan’s Yellowstone is at its best, eschewing the big over-the-top dramatics in favor of more nuanced character moments (save for Beth, who doesn’t have a subtle gear in her arsenal).

Here’s the lowdown on this week’s episode:

— Wes Bentley’s Jamie hasn’t been around much this season, as his storyline has mostly been focused on Dutton’s attempts to defeat his own son in the Attorney General’s race. In this week’s episode, Dutton’s pick steals Jamie’s platform, and without any funding, Jamie’s AG-run grinds to a halt. However, Rainwater — an opponent of Jamie’s father — offers Jamie a lifeline: If he pushes tribal issues, Rainwater will not only fund his campaign but ensure that he will win. It’s a bridge too far for Jamie, who can stomach running against his father but not with the help of his family’s arch-nemesis. Upon the advice of Beth, who tells Jamie that he’s not narcissistic enough to be a politician, Jamie withdraws from the campaign. After his girlfriend Christina kicks him to the curb, Jamie returns back to the Dutton Ranch, where Beth is waiting for him with a maniacal cackle, the meaning of which remains unclear.

— Elsewhere, Kayce is trying to adjust to becoming the head of the ranch, but his magnanimous approach to management clearly isn’t going to work. After giving out orders, Kayce asks the ranch hands if they have any questions, and Kayce quickly learns that allowing questions should only be done in a rhetorical sense. He’s the boss, Rip tells him, so he should lay down the law and leave it at that.

Meanwhile, John is grooming him to eventually take over as Livestock Commissioner, because the most powerful families in Montana maintain that power by controlling government positions. Kayce doesn’t think he’s ready — he worries he couldn’t even pass a psych evaluation — but Dutton handwaves away his concerns. Kayce’s major concern, however, is his ongoing separation from his wife, Monica, who is getting friendly with her physical trainer. Kayce tells Monica that he doesn’t know how to live without her, and while Monica empathizes, she also suggests that he should’ve thought of that before he returned to Yellowstone to work for his father.

— Neal McDonough joins the series as Malcolm Beck, another Montana bigwig who puts the kibosh on Dan’s plan to open a casino with Rainwater. As Malcolm Beck controls the liquor licensing board, it seems as if he has all the power in the equation, and it’s unclear if or how Dan is going to get out from under that problem. A casino isn’t much of a casino without a liquor license, although Beck does offer Dan the opportunity to open the casino with his family.

— It’s also unclear where the storyline with ranchhand Jimmy is going. He drives to a Home Depot-type store to pick up fence clips but finds some buddies from his old meth-manufacturing days. They cajole him into buying some meth supplies to pay off an old debt, but Jimmy ultimately declines, which invites some violence. Avery repels the meth-heads with pepper spray, but it’s probably not the last we will see of them. Avery and Jimmy, however, may become something of an item.

— Finally, Dutton and the Governor, Lynelle, commiserate over sex about how they have given up their lives to their families, but in doing so have turned their family members into loveless employees. The conversation compels John to ask his family how their day went over dinner, but all I could think was, “Should this guy be having sex so soon after having his stomach opened up by a veterinarian?”

← Headlines: Sexy Beast Sherlock Holmes On How to Get Away with Murder | Review: 'I Love You Now Die: The Commonwealth vs. Michelle Carter' →