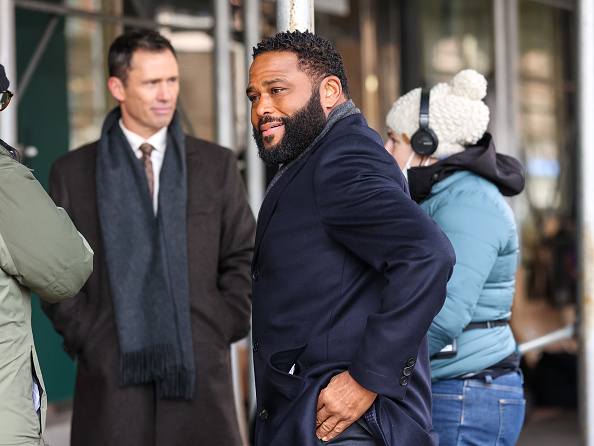 — We’re weirdly excited around these parts for the return of the original Law & Order in late February. Anthony Anderson and Sam Waterson will return along with newcomers Oldelya Halevi, Jeffrey Donovan, and Hugh Dancy. Here’s the first teaser trailer. The dum-dum brings me such joy!

The one that started it all. #LawAndOrder Season 21 premieres Thursday, February 24 on @NBC. pic.twitter.com/aj9pW5CdjA

— Joshua Jackson (RIP), who made such an impression as a villain in Dr. Death, has joined Lizzy Caplan in Paramount+’s television series based on the movie Fatal Attraction, and that is seriously excellent casting. Jackson can capture the sneering arrogance of Michael Douglas, but he lacks the ’80s sleaziness.

— Adam McKay is sticking with politics, as he will produce J6, a film about the January 6th Insurrection. Billy Ray (The Comey Rule) will write and direct the feature film, which will be shopping to both studios and streamers.

— Greg Daniels has two series on the air, neither of which we have seen for a while. Space Force will return with its second season in February on Netflix. Now the superior of the two, Upload, will return to Amazon on March 11th. They have even provided a nice recap of season 1.

— We now know that season two of HBO’s White Lotus will see the return of Jennifer Coolidge’s character, plus new characters played by Michael Imperioli, Aubrey Plaza, F. Murray Abraham, Tom Hollander, Adam DiMarco, and Haley Lu Richardson. We also know that it will be set in Italy and shot in Sicily.

— The Batman with Robert Pattinson is gonna be long. Real long. 2 hours and 47 minutes, without credits, to be exact. Do longer movies sell more concessions? Are there some statistics on that?

— Disney is making a live-action version of The Aristocats, even though no one asked for it.

— Finally, I am interested in Hulu’s The Girl from Plainville, Hulu’s TV series about Michelle Carter (Elle Fanning), the woman convicted of involuntary manslaughter for her role in the “texting-suicide” death of Conrad Roy III. Here’s your first look. You can also watch the doc, I Love You, Now Die.

Hulu's released first-look images for THE GIRL FROM PLAINVILLE, in which Elle Fanning plays Michelle Carter, convicted of involuntary manslaughter for her role in the "texting-suicide" death of Conrad Roy III (Colton Roy). It will air this spring, with Chloë Sevigny co-starring. pic.twitter.com/10tzswCzuY

← 2021's Most Watched Streaming Series Was NOT 'Squid Games*,' Which IS Getting a Sequel | Samantha Bee Kicks Off A New Season Of 'Full Frontal' By Highlighting The GOP's Plots To End Democracy →