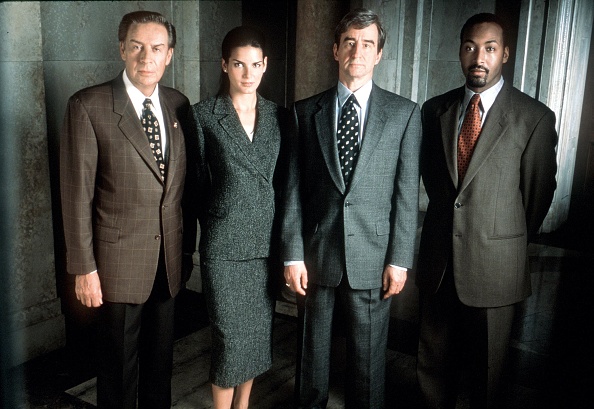 I’ve never gotten into Law and Order: SVU or Law and Order: Criminal Intent, and only gave Organized Crime a few episodes before I lost interest, but I have seen every episode of the original series. Before I was married, before I had kids, and before I cared about being a responsible person, I could order from Kozmo (remember Kozmo, Boston people? It was Uber Eats years before Uber Eats!), lie on a couch for an entire weekend, and watch Law & Order marathons on TBS.

No one is stopping any of you from watching Law & Order reruns, but NBC will be adding additional episodes to the 456 episodes that already exist. The revival will premiere in February and it will bring back Anthony Anderson (for a single season) to reprise his role as Detective Kevin Bernard. He will be partnered with a new NYPD detective played by Jeffrey Donovan (Burn Notice). Hugh Dancy (Hannibal) is also in the cast, playing an assistant district attorney. No word yet on who the other lawyer will be, although discussions are apparently ongoing with Sam Waterson to bring him back as the District Attorney.

It’s not much, but here’s a look at the first day of production on the series.