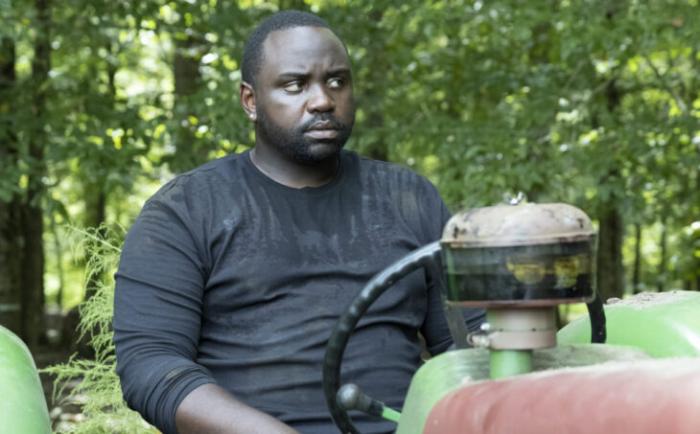 Previously on Atlanta: B.A.N. (you know, the same network that airs Montague, the talk show where Paper Boi was interviewed about his alleged transphobia), is airing a documentary about the making of the classic animated film A Goofy Movie, and how one Black animator named Thomas Washington not only became the CEO of Walt Disney Pictures, but was responsible for the film’s development. Only for his obsession with the film to tear his family apart and deeply affect his own mental health.

THE STORY SO FAR: Paper Boi is spending some time relaxing all by himself at his ‘safe farm.’ And unfortunately for Paper Boi, his alone time at the farm ends up being the complete opposite of safe.

WHAT’S GOOD ABOUT THIS EPISODE?: Paper Boi enjoying some target practice with his pistol and his assault rifle, and ignoring Earn’s phone calls while doing so. Seeing Paper Boi water his marijuana crops and speaking lovingly to them, right before realizing that a hole in the lower section of the door has been made by animals trying to force their way inside. A trip to the hardware store resulting in Paper Boi interacting with a condescending store employee named Clyde, who isn’t fond of Paper Boi possibly taking his business to Amazon after not being able to find what he’s looking for. Their next conversation in which Clyde informs him that it’s feral hogs that are breaking into his greenhouse and feeding on the “corn” that he is growing, and letting him know that he needs to bust a cap into the asses of these hogs because this is a matter that needs to be taken seriously. (Paper Boi clearly does not take it seriously judging from how hard he laughs at Clyde after Clyde warns him about how dangerous feral hogs are as if they are The Terminator: “I don’t think you understand. This is serious. These things ain’t no bedtime story animals. They don’t deserve no sympathy. They are aggressive, they are invasive, and they will not stop until they destroy everything you have. You gotta kill them before they kill you.”)

Paper Boi watching a YouTube channel called “These Backhoes Ain’t Loyal” in order to repair his tractor. (FYI: I already checked, and it is not a real YouTube channel.) The very sight of seeing him on his tractor once he gets it working again, and riding it around with a huge smile on his face. Until it gets stuck on the path near a ledge, and Paper Boi’s attempts to move the tractor and straighten it results in the tractor rolling over completely and taking it down with him, crushing his ankle and leaving him unable to walk, forcing him to crawl and hop along the grass back to his farmhouse. Paper Boi screaming for help when he sees the van for Amazon arrive at his place to make a delivery (which is the skillet that he ordered from Amazon, because really, who gon’ check him, boo? Clyde?), except the woman can’t hear him because she’s blasting the Dixie Chicks on her earbuds. Paper Boi realizing that the two feral hogs are right outside his home, and one of them has spotted him and has every intention of eating him alive. The fight between Paper Boi and the hog, which fortunately ends in Paper Boi’s favor thanks to the nearby skillet that is used to beat the hog to death. Paper Boi kicking back and relaxing with a bottle of whiskey and some thick-cut bacon while sitting on his porch, and conversing with Earn on FaceTime as to whether or not dark-skinned Black celebrities can get sunburned.

ANY CAMEOS FROM THE CAST OF COMMUNITY?: None. But the feral hog who attacks Paper Boi is actually played by none other than the legendary Andy Serkis, in motion-capture mode, and doing an uncredited favor to Donald Glover due to his love of the show.

WAIT, ARE YOU REALLY SERIOUS?! ANDY SERKIS WAS IN THIS EPISODE AS A FERAL HOG?!: (sighs heavily) Boy, am I going to miss fucking around with Dustin like this with these Atlanta recaps (Publisher’s Note: DAMMNIT). I know I shouldn’t do this kind of stuff to him since he is my boss, and he already suffers enough by watching and recapping The Goldbergs and Manifest. But it’s Scorpio Season, and … well, I don’t really need to finish that sentence. The fact that it’s Scorpio Season is reason enough.

HOW MANY F-BOMBS WERE THERE IN THIS EPISODE?: Several, thanks to Clyde trying to warn Paper Boi that feral hogs are not to be underestimated, and again with Paper Boi screaming in frustration at the hog as he keeps hitting it with his skillet until it stops moving.

ON A SCALE OF 1 TO “WHAT THE HELL DID I JUST WATCH?” HOW WEIRD AND TERRIFYING WAS THIS EPISODE?: Definitely a seven. It’s the kind of unpredictable carnage that I expect whenever Paper Boi ventures off into the city or into the woods to be by himself, and this was also the kind of carnage I was expecting but didn’t get when Earn, Van, and Lottie ventured into the woods to celebrate Lottie’s birthday.

ANY TIME-TRAVELING ALIENS IN THIS EPISODE?: No.

TO SUM IT ALL UP: Of all the things to expect and to hope for from the penultimate episode of Atlanta, an entire episode that is solely focused on Paper Boi chilling on his farm and nearly getting killed as a result would never have occurred to any of us. But it’s that confidence and unpredictability that has made Atlanta into must-see television for its entire run (and yes, that includes last season), and “Andrew Wyeth. Alfred’s World” (which takes its title from Andrew Wyeth’s classic painting Christina’s World, and it’s impossible not to notice any similarities between the two while watching) is not just another fantastic episode that peels back more of Paper Boi’s layers to show us who and what is underneath the surface, but is also another showcase of the phenomenal Brian Tyree Henry, who can do more with one look than most actors can do with an entire monologue.

When the episode begins, and we see Paper Boi refusing to answer the phone when Earn calls, it makes us wonder whether the two have had another falling-out, possibly due to Earn wanting to leave Atlanta and head to L.A. with Van and Lottie. But the truth is much simpler, and Paper Boi is someone who just enjoys his own company, and doesn’t want anyone or anything intruding on his solitude, and depriving him of his peace and quiet. (Even if said peace and quiet involves him shooting guns at paper targets while listening to rap music on his headphones) It’s why he doesn’t even tell Earn what happened to him with the tractor or with the hog, as he knows that Earn would either show up himself or send the damn cavalry to check on him at his safe farm. It also says a lot that Paper Boi would rather be on his own with a dead hog in his garbage can and crack jokes about Wesley Snipes and Seal than talk about what’s really on his mind and what he’s dealing with. And considering that we really don’t see too many Black and brown farmers in movies and television shows, it makes the visual of Paper Boi happily riding his tractor a sight to behold. Right before everything goes pear-shaped and leaves viewers wondering if we’re going to see the Atlanta version of 127 Hours, with Paper Boi needing to literally cut himself loose after becoming trapped.

Now if you’ll excuse me, I need to spend the next few days waiting for the series finale to drop, and wondering how this show is actually going to end. Especially since it’s not even going to be an extra-long episode to wrap up every possible loose end. But no matter what happens, this show is going to be missed when it’s gone. (Unless the series finale is just as bad as the finales for Dexter or Killing Eve, in which case, Donald Glover is going to have some explaining to do).

And please listen to what both Earn and Baz Luhrmann said: Wear sunscreen.


“Solitude is Bliss” by Tame Impala…


And “Piggy” by Nine Inch Nails.