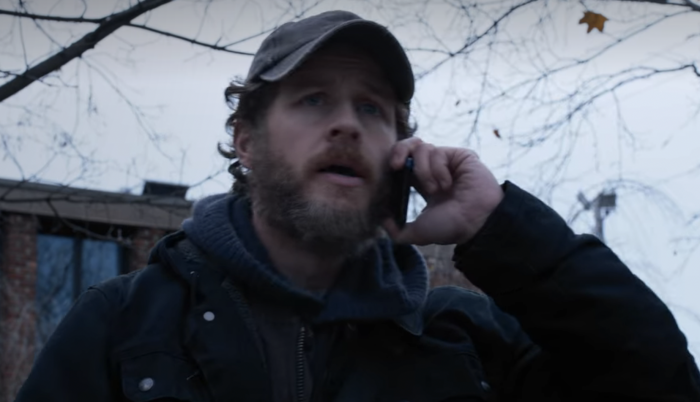 "Manifest' Is Back to Continue Smoothing Our Brains

It’s been nearly a year and a half since Manifest ended its third season and gutless NBC canceled it before fans and Netflix saved it. I’ve been warning viewers for over 2 years to stop watching, but here we are. You refused to listen, didn’t you?

I have fairly vivid memories of the third season of Manifest, if only because it included an episode in which young teenager Cal nearly dies of leukemia, which I watched from a hospital room sitting next to my son, who himself was undergoing treatment for leukemia. Thankfully, Cal lived, and so did my son (knock on wood), so we can all be here to celebrate Manifest’s return.
Is it good? It is not!

But does it make sense? Therein lies the rub, because within the logic of Manifest, the fourth season premiere does make sense. Is this what happens to Trump voters? They are exposed to so much insanity for so long that they wake up one day and it all clicks into place. Do I have Manifest brain? I must, because I have inexplicably decided to recap each episode of the 20-episode season, the first ten of which dropped on Netflix today. I will endeavor to recap at least one a day over the next week, starting with the recap for season 4, episode one: “Touch and Go.”

The cold open sees an old man in Shanghai surrounded by screaming scientists. We find out later his name is Henry Kim, and he apparently teleports or something out of a prison where he was meant to be executed.

Cut back to New York, where it’s been two years since Angelina killed Grace and took off with the baby, Eden (Oh, I forgot how on-the-nose the baby’s name was for a show that clearly began actively courting Christian conspiracists by the end of season three) and Cal instantly aged five years. Cal is going by the name Gabriel now because he doesn’t want people in white lab coats to take him away. He also stopped having callings when he advanced to his real age.

Meanwhile, Ben looks rough. He’s bearded and unkempt, but it’s not the kind of beard Josh Dallas grew between seasons because I don’t think that his wife Ginnifer Goodwin would have approved of hobo Josh. Ben is still desperately searching for Eden, putting Missing Child flyers up around the city and demanding that Jared put out more Amber alerts. It also looks like he lives in an actual yarn wall in the attic. Meanwhile, Jared has been busted down to beat cop owing to the help he gave the Stone family. Jared tells Ben that Angelina and Eden are presumed dead, and the cops have stopped searching. Jared hands Ben Eden’s death certificate, but Ben refuses to believe it.

Elsewhere, Michaela and Zeke — who survived the methhead crisis — are still married. Zeke is an addiction counselor now. He survived his death date, and now he has some sort of magical ability to take away the pain of others, although it can leave him feeling sapped, too. (I bet for every day that he extends the life of another person, he loses a day himself).

Michaela is having visions of cherry blossoms falling on her. The calling leads her to a cargo freight from China that contains Henry Kim, the old man from Shanghai. He’s nearly dead and has the “Stones” and “828” scrawled across his arm. Henry says he needs to see Cal. He is in seriously bad shape, so after they bring him to Saanvi and Vance, Zeke comes in and takes away his pain.

Recall that, at the end of the third season, the remnants of the 828 plane vanished from Eureka (the building where the plane was being kept) the very moment that Angelina killed Grace. Sanvi and Vance have been trying to figure out why and where Flight 828 is for the last 2 years. After Henry Kim awakens, he leads Cal — with an assist from Cal’s first calling in two years — to Flight 828’s black box. The interesting twist here is that the black box from the original crash of Flight 828 four years ago also contains the voice of Daly, who was in the plane two years ago when it vanished. Wild.

Meanwhile, Ben has a calling about Anna, a passenger on Flight 828. Anna says that she has been having a similar calling involving a windmill and a bunch of headstones. Ben is convinced that the calling is telling him where to find Eden, so he and Anna follow it, only to find an injured man in a river bed. Ben saves the dad and his son from drowning, but afterward, he doubles down: He will never stop looking for Eden, ever, he says as he throws Eden’s death certificate in the fire.

But then comes the twist! Angelina and Eden actually live hidden away with Anna, and two-year-old Eden has been working on a drawing of a windmill! The calling came from Eden, not Anna, so Ben and Eden were sharing a calling. Eden is alive, and now Anna and Angelina are worried that Ben will find them. He is tenacious, that Ben. I’m mostly surprised that Angelina — Paige from The Americans — returned for the fourth season.

All in all, not a terrible premiere, but not a great one, either. Nine more to go.