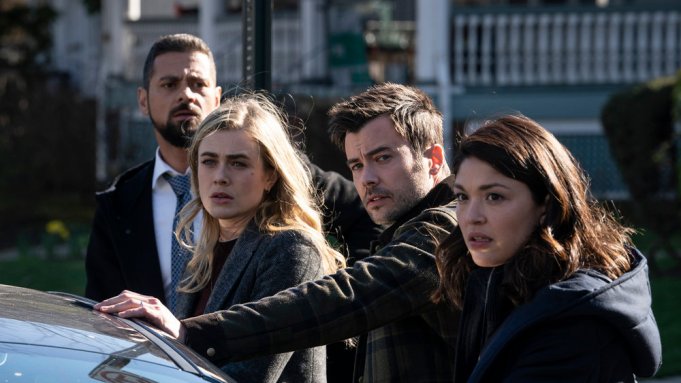 It Looks Like 'Manifest' Has Been Saved For Some Reason

I am writing this out of obligation, not because I want to. I’ve been on the *shakes fist* at Manifest train since day one, so I’m not going to stop now.
It looks like it’s coming back.
The quality of the series aside, it is a fairly impressive story. The series debuted to big numbers on NBC, saw those numbers steadily erode over three seasons, and then they released the first two seasons to Netflix the week that the third season finale aired on NBC.

The numbers for the finale on NBC apparently were not good enough to keep it around, so NBC canceled it, even though the series was dominating over on Netflix. For weeks, it continued to dominate Netflix as the Manifest showrunner Jeff Rake and the inexplicable fans of the show (including Stephen King!) tried to save it. Netflix passed, and it looked like all was lost.

Months later, however, and the series is still putting up big numbers on Netflix (and at this point, has to be one of the most-watched series in Netflix history), and all of a sudden, there is something of a bidding war between the corporation that canceled it (NBC/Universal) and the company that passed on it (Netflix).

It appears that Netflix has won that war and, according to Deadline, negotiations are underway to bring back the writers and cast, whose options expired back in June (interestingly, though the show is produced by Warner Brothers TV, HBOMax does not appear to have been involved in the negotiations).

So, it looks like it’s coming back for a fourth season, although the idea of having to binge all the episodes at once on Netflix gives me hives. But I’ll be there, cursing the Gods (and dark lightning). In the meantime, I have decided that, until it returns, La Brea on NBC is going to be my new Manifest this fall.

← Here's that 'Big Announcement' Mark Zuckerberg Made about the 'Future of Facebook' | Going Back To The Movies? Follow These 'Daily Show' Tips! →