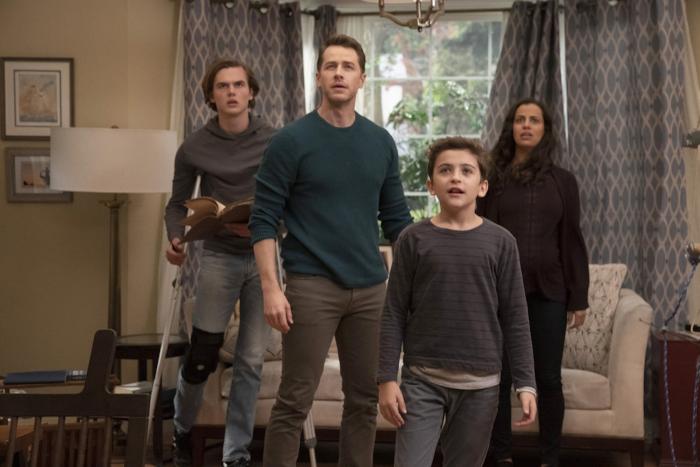 Manifest creator Jeff Rake came up with a fairly simple and compelling hook for the pilot of his NBC drama back in 2018: Flight 828 takes off in Jamaica and, after flying through a storm, lands safely in New York City, five years later, although time has not passed for the passengers. That was the premise of Manifest and it could have gone any number of ways.

This is the direction Manifest has chosen to go: In the 25th episode of the TV show, “Airplane Bottles,” the Stone family desperately replicates a boat mast using hockey gear while a storm that only they can see pounds around them.

Once the mast is erected in the living room, the Stone family (minus Olive) has a collective calling, which sees them on the boat of Yusuv Al-Zuras, who is from the 16th century. From the 1500s, they look up during a storm, and in the sky, they see Flight 828. In the present, Al-Zuras’ journal refers to a silver dragon in the sky. 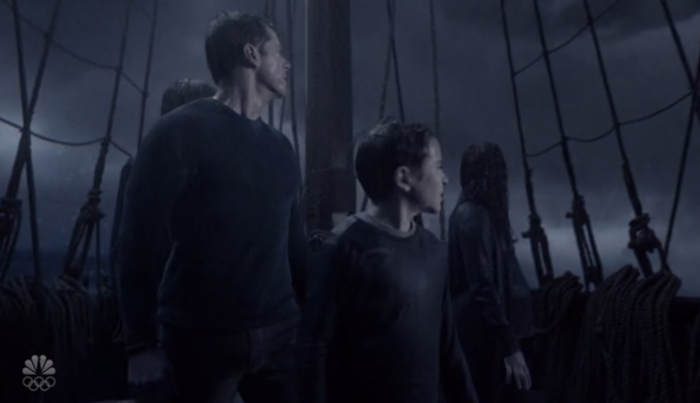 “It’s all connected,” Cal says. Yusuv Al-Zuras in the 16th century. A flight from Jamaica to New York in the 21st century. Apparently, they all traveled through the same time hole.

How? That’s not something the writers of Manifest are equipped to answer, and they never will be. The show jumps from one aborted arc to the next — Vance from NSA, cave drawings, multinational corporations conducting experiments on passengers, “dark lightning,” and the Singularity project, just to name a few. Remember The Major? The writers don’t either! In fact, whenever the writers arrive at a point in the story in which an explanation might be necessary, they simply abort the storyline and jump to another. Right now, Yusuv Al-Zuras is the focus of Manifest. In three or four weeks, Yusuv Al-Zuras will be simply another forgotten storyline, and Manifest will jump to the next one, and then the next one, so on and so forth, until it is canceled.

Viewers will never get answers, much less satisfying ones. The writers don’t even understand the nature of their own premise enough to provide decent answers. I don’t think any of the writers have any understanding of sci-fi. I’m not even sure they have seen Lost. They pull storylines out of their ass, and when it gets too hard to continue writing it, they start a new one. It’s not going to change. Television shows, like Presidents and bad ex-boyfriends, do not change.

Manifest will keep jerking its viewers around until it is canceled. Period. If you watch because of Melissa Roxburgh’s eyebrows or because you want to see just how bad this show can get, you should keep watching. If you are watching because you expect answers, you should stop. Immediately. They are never going to come, and you will continue to waste an hour of your day every single week.

← How Meghan Markle Dressed For Revenge | In Ben Affleck's Next Movie, He Plays a Cuck Married to His Real-Life Girlfriend, Ana de Armas →