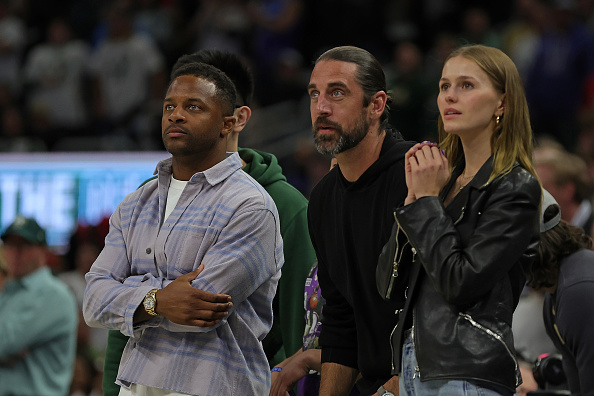 I don’t know why I care about the romantic life of Aaron Rodgers, a man who has surpassed Phillip Rivers and Tom Brady as my least favorite quarterback of all time. He went a little woo when he began dating Shailene Woodley, but he more recently went full woo woo when he began dating Blu of Earth, an influencer of some type who practices white-lady magic.

Rodgers and Blu of Earth reportedly broke up in December, and whether coincidence or not, the Green Bay Packers have been playing significantly better (at one point, they had a 2 percent chance of making the playoffs; now, if they win this weekend, they’re in). That has a lot to do with Rodgers’ play, but obviously, Rodgers’ play is not necessarily related to his romantic life.

In any respect, his new girlfriend, according to reports, better fits the traditional mold of a world-famous quarterback girlfriend. Her name is Mallory Edens. She’s 26 years old. She is the daughter of billionaire Wes Edens, the owner of the NBA’s Milwaukee Bucs. She is a model, she attended Princeton, and she is a women’s rights activist. Neither her Twitter nor her Instagram pages reveal that she’s into crystals or believes the position of the stars controls world events. She’s also been spotted at a number of basketball games with Rodgers over the past year or two.

The age difference notwithstanding, good for Rodgers for dating someone who probably won’t push him further into the anti-vax/alien activity rabbit hole. I still hope the Lions kick the crap out of the Packers this weekend.