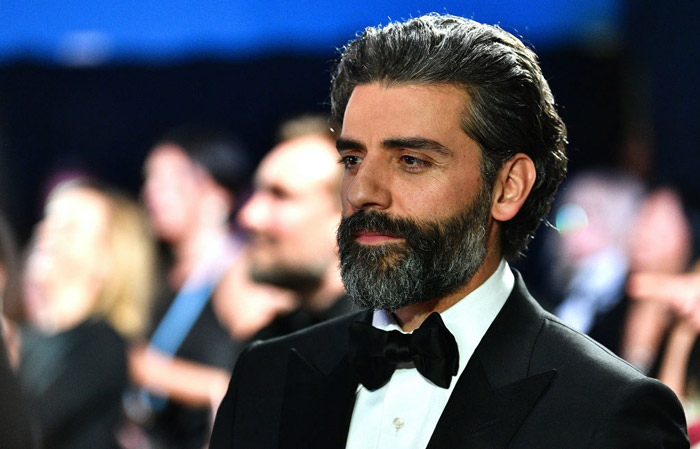 Remember when Jamie Foxx played blue rage-villain Electro in The Amazing Spider-Man 2? Well, he’s in talks to reprise the role for the Tom Holland-fronted reboot series. Sure. Why not? (THR)

Big 2020 Energy: A The Mighty Ducks child star is all grown up, running for President, and wants you to know he regrets his ties to Jeffrey Epstein. (NY Post)

George Clooney returns to the director’s chair for Midnight Sky, a sci-fi drama in which he also stars. Here’s the first look of him rocking Sad Santa vibes. (Empire)

Oscar Isaac and Jake Gyllenhaal are teaming up for a docudrama about the making of The Godfather. Clearly, it was an offer they couldn’t refuse. (THR)

Nicki Minaj had her baby! (MTV)

The Dr. Suess Cinematic Universe is going to be a thing, and J.J. Abrams will have a hand in it. Oh, the places he’ll go! (iO9)

Naomie Harris is teaming up with Mahershala Ali for a “genre-bending drama” from Apple TV+ called Swan Song. She’ll be his soul mate. We’ll be jealous. (Deadline)

F*ck J.K. Rowling and her transphobic bile. More than 200 writers and publishers have signed a letter in support of trans and non-binary people. (The Guardian)

A slew of CW shows, including Riverdale and Batwoman, have had production halted because of testing delays in Canada. (Yahoo)

Meanwhile, Cops has been uncancelled. The reality-TV series that follows police officers has quietly gone back into production, “but is not set to air anywhere in the United States.” (THR)

Finally, the video for Billie Eilish’s Bond theme “No Time To Die” has landed.