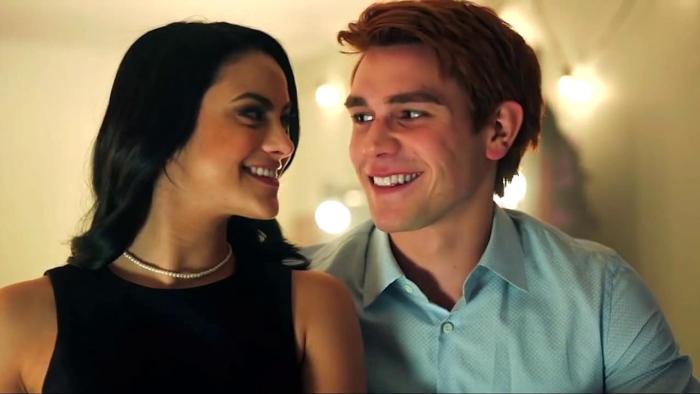 Production has restarted on a number of American shows, particularly those that shoot in Vancouver, Canada, where they have their sh*t together (so, basically most of the CW shows). That said, there are a number of restrictions, in addition to very strict 14-day quarantines in which you are not allowed to leave your hotel rooms (Jensen Ackles spoke about his Canadian quarantine for Supernatural on the Kings of Con podcast this week, and it mostly sounds really boring).

In any respect, one of those shows that has gotten back into production is Riverdale, which has to complete the last few episodes of its fourth season before it begins to shoot season 5. There’s a lot of making out on the show, in addition to a weirdly large amount of murder for a high-school set series (although, season 5 will leap past high school and beyond college). As part of their “new normal,” there are new Covid restrictions when it comes to making out. While some other shows have swapped in real-life significant others for make-out scenes, or have used mannequins, Riverdale is asking its actors to … gargle with mouthwash?

This genuinely seems like one of those things that they ask actors to do to make them feel more secure about the situation, but that doesn’t do anything to actually reduce the possibility of infection. However, there is actual science behind this, apparently. Gargling with mouthwash for at least 30 seconds — which is why they gargle so long above — can actually reduce the viral load to basically zero. So, while gargling and mouthwash is not an effective treatment for anyone already infected with COVID-19, it can help to prevent it, presumably along with a number of other restrictions. Dentists are doing it before appointments with their patients and so, are, apparently actors before kissing scenes.

You learn something new every day.

← Welcome To Nightstream - The Virtual Horror Festival Coming Straight to VOD Next Month | Say Goodbye to Harry Potter: Why Death of the Author Does Not Work for J.K. Rowling →