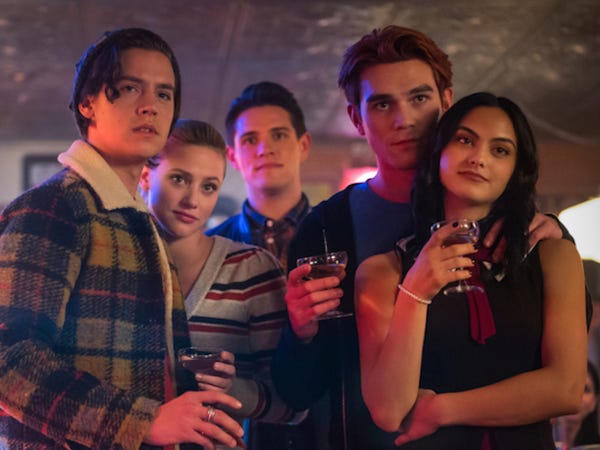 The CW’s Riverdale had to halt production back in March, meaning that its season ended abruptly before the last three episodes of the season were shot. However, even before that, many wondered how the series would continue into its next season with all the characters headed to various colleges. Executive producer Roberto Aguirre-Sacasa told TVLine that they will cleverly work around college by … time-jumping into the future.

The exact length of the time jump and other details are still being worked out by the writers, but the jump — originally planned for the end of Season 4 — is expected to cover several years, which will allow the cast of young actors to play closer to their actual ages and skip the time when Archie and the gang would be separated while away at college.

When Riverdale returns, it will wrap up this season’s storyline in the first three episodes, but then it will jump beyond college and pick up in Riverdale after they all return. Because obviously that’s what people involved with organized crime, who have been in prison, and who have been involved in literal murders do: They go to Ivy League colleges and return to their small hometowns.

The good news is they won’t have to do any aging up because the actors who play them are all beyond college-aged. Moreover, the characters have been engaging in adult behavior since they were freshmen in high school, so I suppose that “maturity” for these characters will involve engaging in serial murders. Like their parents.

The time jump also helps to explain why Skeet Ulrich And Marisol Nichols — who play the parents of Jughead and Veronica, respectively — are leaving the series next season — presumably, those characters will die while their children are in college.