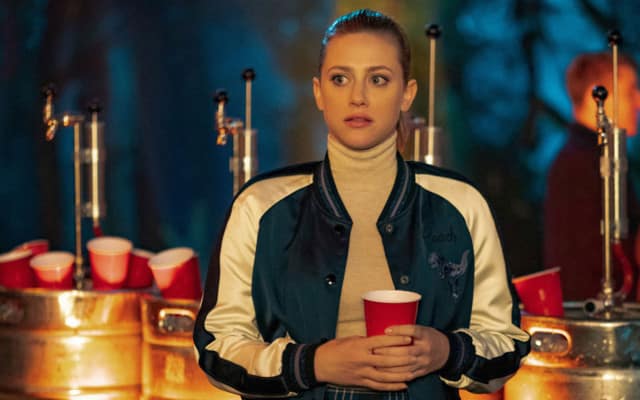 In last year’s season finale of Riverdale, the series teased — in a flash-forward — the death of Jughead. The series has returned to that flash-forward a number of times this season to show Archie checking Jughead’s pulse and saying, “He’s dead,” while Betty stands over Jughead with a rock. In the flash-forwards, Betty, Veronica, and Archie have all also been arrested and questioned in the murder of Jughead.

In this week’s episode, the timeline caught up with the flash-forwards and provided some more context, but it still left a lot of gaps. It’s difficult to conjure up good theories for Jughead’s death, however, because when those of us on the Internet start to yarn wall, we start from the assumption that the writers are very good at their jobs. This sometimes proves not to be the case (True Detective season 1), but where it concerns Riverdale, there is no evidence to suggest that the writers have ever been adept at their jobs. Riverdale has always been a show that makes sh*t up as it goes along, aborts arcs whenever it feels like it (where’s Betty’s brother and Chic?), and has no problem with disconnecting from reality when it writes itself into a corner. Riverdale is primarily a vehicle to serve KJ Apa’s abs and lingering close-ups on the thighs of the female cast members. This season’s main arc may take its inspiration from A Secret History and How to Get Away with Murder, but there are no Donna Tartts among its writing staff or even a Peter Nowalk.

All of which is to say: This mysterious Riverdale arc is not designed to outsmart the viewer because Riverdale is incapable of outsmarting its viewers. In four seasons, it’s never given us any indication that it is capable of it, so there is no reason to believe “Jughead’s murder” will not involve an obvious narrative cheat. In other words: Don’t overthink it, because the writers sure as hell aren’t.

Here’s what we see in this episode after Jughead is kicked out of his secret society, accused of plagiarism, and eventually forced to quit his private prep school to prevent Bret from releasing a Bughead sex tape: Jughead grabs a switchblade, pulls on a Serpents jacket, and dons a rabbit mask before attending an Ides of March party with his prep school classmates out in the forest. 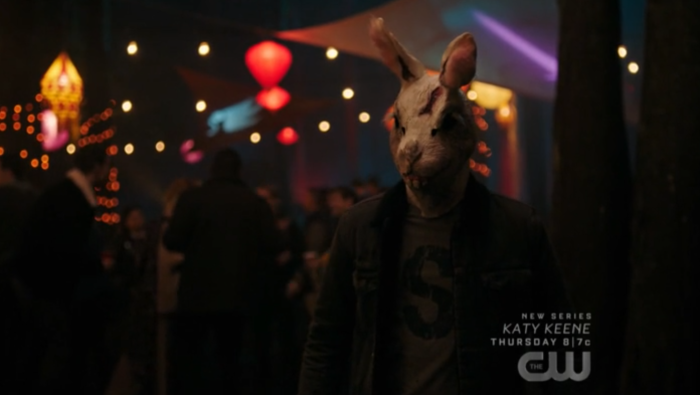 At the party, Bret assumes he is speaking to Jughead, and we the viewer have no reason to believe otherwise. We see Jughead put on the mask before confronting Bret and after Bret suggests they go into the woods to “settle this,” we see Jughead remove the mask and put his beanie back on.

Meanwhile, Betty conveniently slips away, while Archie and Veronica conveniently go out into the woods to have sex while Jughead is talking to Bret. After Jughead and Bret go off into the woods, Betty confronts Donna, also out in the woods, and Donna tells Betty that she knows the “magic word” that will prompt Betty to go into a fugue state “and hurt people she loves.”

Cut to: Bret, Donna and two other classmates directing Archie and Veronica back out into the woods, and Archie finding Betty — holding a rock in her hand — standing over a dead Jughead. 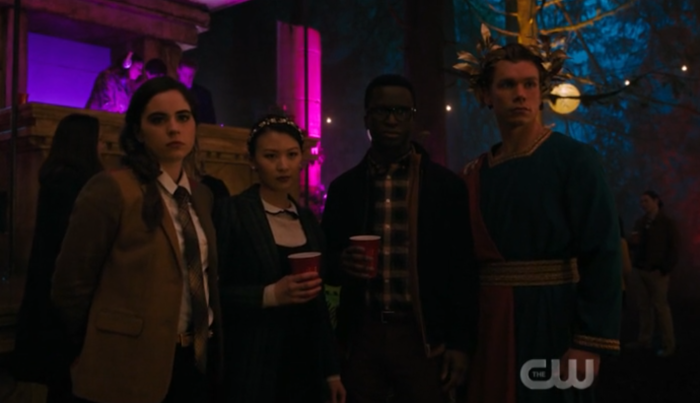 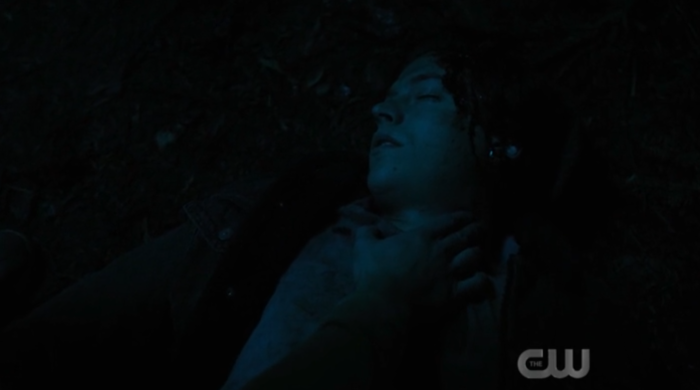 OK, we can begin by working from the assumption that Jughead is still alive. After all, he is narrating this entire episode. Also, they would never kill off Jughead. Ever.

We also know that Jughead needed to write a story that was due on the Ides of March about “the perfect murder.” It’s possible that he is acting out this “perfect murder.” What would really suck, however, is if this is all some sort of dream sequence, a dramatization of the story that Jughead is writing. If that is what is going on, I will quit this f**king show (probably to the relief of everyone).

Most likely, however, this is all part of Jughead’s grand plan (before embarking on it, after all, he told Betty that he had a plan and told her to trust him). There are gaps that we haven’t seen yet. I am sure that someone switches places with Jughead while he’s wearing the bunny mask (otherwise, why have the bunny mask?). Betty probably baited Donna — the fugue state word probably doesn’t exist, but Betty fed it to Evelyn Evermore knowing that she’d feed it to Donna, because when the writers don’t have to adhere to the rules of logic, they can do whatever they want. Archie and Veronica are probably patsies here, not let in on the plan so that they can convince everyone else. Jughead probably also took some Romeo and Juliet medicine to slow his heart rate to give the illusion of death (it’s clearly a long-lasting medicine because Jughead is also seen on a coroner’s table in a flash-forward, but never put it past Riverdale to abort/ignore a plot point).

The point is: I’m sure it was all an elaborate plan designed to commit the “perfect crime,” pretend Jughead is dead, retrieve the sex tape, clear Jughead’s name, and implicate Bret/Donna in the murder of Mr. Chipping. How Riverdale arrives there doesn’t really matter, because Riverdale has no ability whatsoever to sweat the details, not when those details get in the way of KJ Apa’s pectoral muscles. 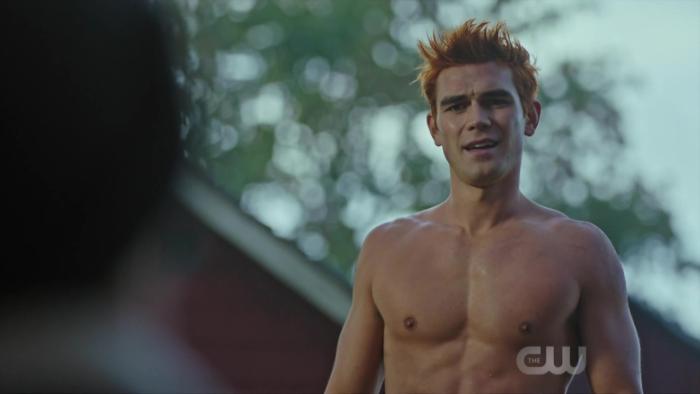 Riverdale won’t be back for two more weeks.

← Jameela Jamil Responds To Internet Conspiracy That She Has Munchausen's | You All Know that Mike Bloomberg Is Gonna Win, Right? →