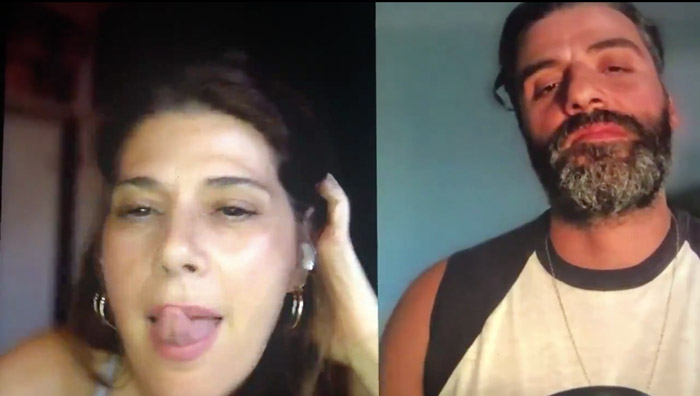 Playhouses across America may be shuttered, but that won’t stop Oscar Isaac and Marisa Tomei from bringing the heat to audiences.

The pair teamed up to perform a reading of Alan Browne’s Beiruit, a one-act play Tomei first took on in MCC’s 1987 One-Act Play Festival. This was part of MCC’s Virtual Events series, where audiences could purchase tickets to watch a live performance online. Naturally, social distancing must be maintained, so Isaac and Tomei performed from their respective homes, interacting via video call.

One of my favorite theaters in NYC, @MCCTheater, is doing a very powerful reading of Beirut with @MarisaTomei + Oscar Isaac tonight.

The play written in the 80's is about two people trying to survive a pandemic in a futuristic United States. Damn, how relevant it is today. pic.twitter.com/gJBLgssKy2

The stars were socially distanced and taking on a timely drama, yet their sexual chemistry was so explosive that fans were aflame. Part of the reason Twitter users were lusting was because Tomei and Isaac are both unrelenting smoke shows. However, it helped that Beirut includes a spanking scene.

what oscar isaac y/n fanfic is this 😭 pic.twitter.com/txJXLFuDZ6

Bruh…..WHY THE FUCK DID I FIND A VIDEO OF OSCAR ISSAC AND MARISA TOMEI E-FUCKING ON MY TIMELINE?!?!?pic.twitter.com/f6sLT2AmvK

How much do I pay to have Oscar Isaac tell me he’s going to teach me how to behave pic.twitter.com/Q4D1IgkxgB

Then, there’s a scene where Isaac gets explicit.

oscar isaac saying “and then, come back home and FUCK” on repeat pic.twitter.com/Md2hLRaujg

Some thirsted hard for Isaac.

“You slut, gimme that. Gimme that shit!” is what I want Oscar Isaac to say to me every day pic.twitter.com/XAV8Eqpzgd

oscar isaac didn’t have to look THAT good during the beirut live reading but here we are pic.twitter.com/yLR7xbk39n

following an oscar isaac fan account has been the best decision i’ve made during quarantine jesus christ pic.twitter.com/mbu1rErJ0v

I'm mostly gay but I swear this gonna be me if I ever get a crack at Oscar Isaac, gottdamn pic.twitter.com/B2vM2YIS8q

me and the entirety of film twitter during the oscar isaac zoom call pic.twitter.com/2OaXHMznzl

Some were Team Tomei.

also marisa tomei is so milfy omfg…is she single? https://t.co/JUvEGGca8H

thinking a lot about this pic.twitter.com/YzLLTJwFau

Some are Team Why Not Both?

did not know I wanted to watch Marisa Tomei flirt with Oscar Isaac (who mimes slapping her ass) on Zoom for the sake of *art* but my god https://t.co/xJcdwhUI9x

So we all agree that Oscar Issac and Marisa Tomei should be in a movie together now, right? Right. pic.twitter.com/8Ykm83SAIT

Wherever you fall on the Kinsey Scale, this live theater event was a win.

Learn more about future MCC productions at their website.

Can Joe Biden Win the Presidency by Default? 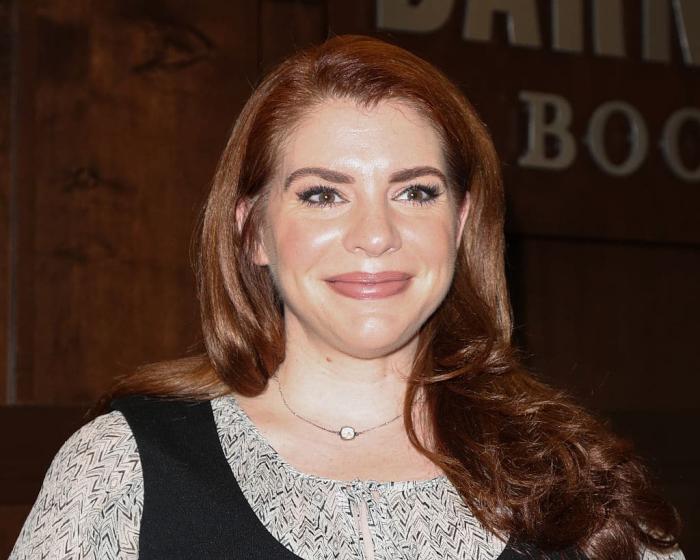