Oh, Batwoman. You came so far and now, suddenly, it’s ten steps backwards. It wasn’t that long ago that I had written about how Batwoman finally stepped up its game and became a show worth watching. And it was! The freshman series’ Season 1 finale revealed some amazing twists and turns that brilliantly set up Season 2. All seemed to be going well, or so we all thought.

Two days after Batwoman’s Season 1 finale, it was announced that Ruby Rose, who played the series’ titular character, was leaving the show. It was shocking, to say the very least. Sure, actors leave roles while a series is ongoing all the time — America Ferrera was leaving Superstore behind after five seasons, while The CW’s Dynasty recast one of its characters twice. However, Rose was the main character. Literally everything happening on the show was connected back to her. It was also the first time in Arrowverse history that a leading character was leaving a series, so you can imagine why the shock was so strong.

OK, so Ruby Rose was out for Season 2. But, why? That part’s a little murky. Initially, it was being reported that the decision for Rose to step down from her role was mutual. The actress, it was alleged, was not happy filming such long hours in Vancouver and the toll and stress of leading a network drama was simply too much. Deciding that it was simply not a good fit, Rose, with the greenlight from The CW, Warner Bros. TV, and Berlanti Productions, parted ways.

Oh, and the reports were quick to confirm that Rose’s on-set stunt injury, which herniated two of her discs and needed surgery, was not one of the reasons for her exit. Hmm. What’s even more side-eye worthy about the whole thing is that a production assistant was paralyzed after an on-set incident. My question is: Why is the Batwoman set so unsafe to begin with??? Perhaps a story for another day.

So, with Rose out, it was assumed that The CW would just recast the role of Kate Kane and everything would be OK, eventually. Yes, the writers would have to explain why Kate had a whole new face in Season 2, but on a show where face-changing is a constant subplot, it should have been easy enough to fit an explanation for it into the narrative. Either that, or Batwoman would have just ignored Kate’s new face altogether, a la Aunt Viv from The Fresh Prince of Bel-Air and a number of other shows have done. Cool. Cool, cool, cool.

The shock of Rose’s exit hadn’t even worn off before another report surfaced, alleging that Rose’s exit was less than mutual and that she was effectively fired from the role. A source also suggested that the actress was not “fun” to work with due to her unhappiness being on the show. What’s also weird is that a few people who either worked with The CW or were close to people who did posted shady tweets immediately after the news of Rose’s exit dropped.

That said, while these reports painted Rose in a terrible light, the actress herself broke her silence to… sort of explain, but not really. Once again, she thanked the network, cast, crew, producers, etc. for the opportunity to play Batwoman. She did imply that she had been silent for a reason and that, although the decision was a hard one to make, “those who know, know.” Without adding much, Rose basically revealed there was far more to the story than what was being said by sources. Maybe one day we’ll have more information about what really happened. Replying to a comment on the post, she said, “Don’t believe everything you read by anon sources online.”


But, wait. There’s more. Once fans had finally gotten used to the idea that Ruby Rose wouldn’t be coming back, another announcement shook things up once more. As it turned out, the role of Kate Kane wouldn’t be recast at all. The writers were, in fact, inventing a whole new character to take over the role of Batwoman. What the hell???

Instead of Kate, Batwoman Season 2 would feature a new character named (or likely code-named for casting purposes) “Ryan Wilder.” The character description was the exact opposite of Kate. You see, showrunner Caroline Dries thought about simply recasting the role, but she and the creative team decided it was best to go with someone new, pretty much erasing all the character development from Season 1 and starting over. This new Batwoman wouldn’t have the same connections to the other characters. What happens to Alice, whose villainous actions are heavily influenced by her twin sister? Where does Sophie end up when Kate was meant to be her endgame romance? Where will the Bat team go from here after working all season to build up Kate’s relationships to Luke and stepsister Mary?

It’s kind of a sh*t show at the moment and it’s really hard to gauge where the show will go from here, but it’s all a shame considering Batwoman was just hitting its stride. Caroline Dries assured fans that Kate wasn’t being killed off, but that her disappearance will play into Season 2. Still, Kate Kane is most associated with Batwoman in the comics and replacing her completely (with a seemingly random character) makes things all the more complicated no matter what the writers come up with. 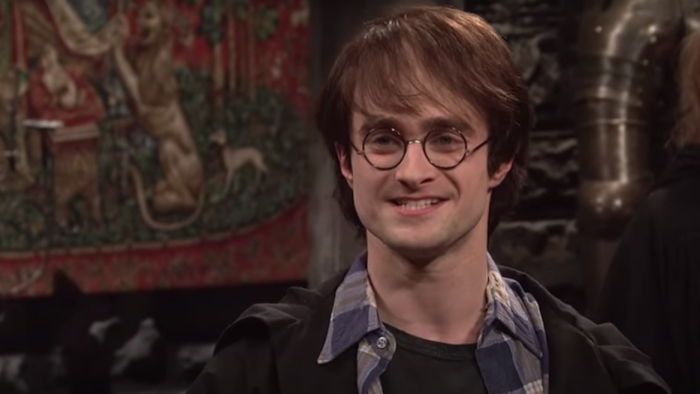 Reddit Asks the Question: 'What Plot Holes or Logical Inconsistencies in Popular Fiction Bother You the Most?'