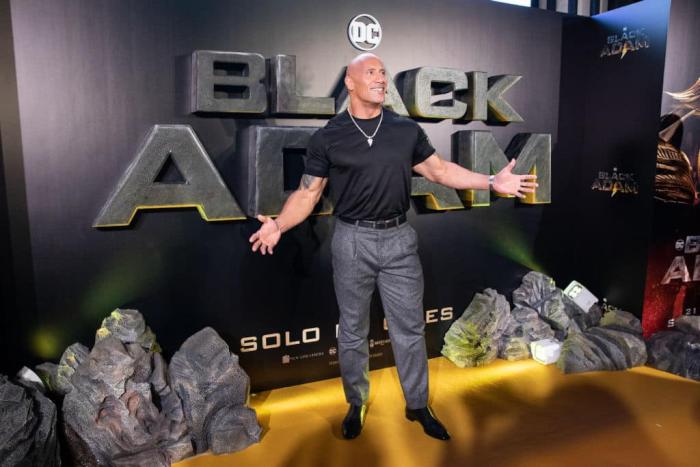 Blockbusters are back again this year! Sort of. DC’s Black Adam was positioned as the indisputable giant of the month, the tentpole flick the spooky season was leading up to. The pet project of Dwayne Johnson, it’s already being advertised as the turning point for the DCEU, an honor bestowed upon many films before it. So far, it’s doing solid business, opening at $67 million from 4,402 theaters. It’s not Batman or Thor numbers but given that Black Adam isn’t exactly top-tier DC famous, it’s a good indication of how Johnson’s stardom can pull in audiences. He’s one of the few figures in the A-List today still capable of that. Yes, this is a pre-existing IP but I imagine the Rock enticed the general public more than the character. It’s also brought in $73 million from 67 markets, but it doesn’t have a release date in China yet. That’s becoming more commonplace with these blockbusters. The industry has spent so long pushing the narrative that it needs this one territory to survive but look at Top Gun: Maverick, which didn’t even open there. It took until its 22nd week of release to drop out of the domestic top ten!

Meanwhile, in counter-programming news, the rom-com Ticket to Paradise also did solid numbers, opening in second place with $16.34 million from 3,543 theaters. Julia Roberts and George Clooney are still stars and, given the right project, can prove that commercially. Also, don’t write off the romantic comedy. It’ll always bring in audiences who want it.

Things aren’t so good for Halloween Ends. In only its second week of release, it plummeted a staggering 80% from its opening, which wasn’t that great to begin with. Yes, this one is on Peacock too but surely a Halloween film should be able to get in big crowds for this of all seasons. It seems horror lovers are turning to Smile and Terrifier 2 instead. The latter saw an 83.9% rise from last week, as audiences are brought in by the promise of violence so horrific it has people fainting in their seats. You can’t keep a good gore-hound down.

Oscar season sees those limited releases flourish. The Banshees of Inisherin, which might be my favorite film of the year, opened to $181,000 from only four theaters. The hotly hyped Aftersun made an also impressive $66,355 from four locations. Music documentary The Return of Tanya Tucker: Featuring Brandi Carlile grossed $9,358 from four cinemas.

Most of the big news on that front comes from theatrical expansions. Till saw a 42% jump as Focus Features added another 105 theaters to its run. Tár is riding the hype train in style, crossing $1.1 million in its third week while its cinema run remains under 150 locations. Park Chan-wook’s Decision to Leave jumped 208% (!) while Triangle of Sadness jumped into the top ten. So many options for a change (location permitting!)