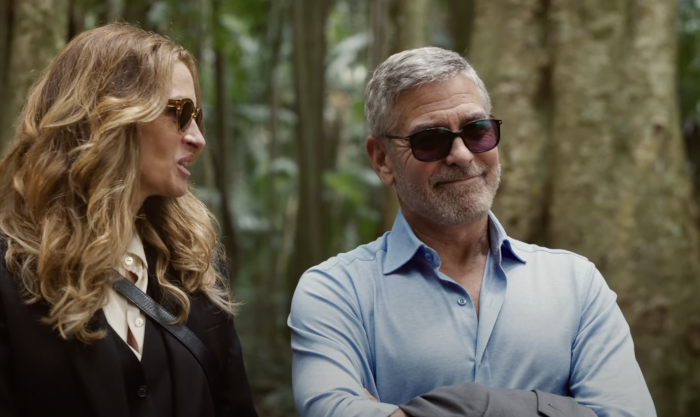 Who says the romcom is dead? No one, that’s who! The romcom has just moved (mostly) to streaming (All the Boys, The Kissing Booth, Always Be My Maybe), where it sometimes comes in the form of a television show (Heartstopper, Love, Victor). Now, George Clooney and Julia Roberts — A-listers of a bygone era (like, ten years ago) — want to take a stab at the first resoundingly successful theatrical romantic comedy since Crazy Rich Asians with Ticket to Paraside.

It’s a comedy-of-remarriage about a divorced couple (Clooney and Roberts) who apparently fall back in love with one another while trying to break up the marriage of their daughter (Kaitlyn Dever). It looks … cute, and I’m all for any attempt to resurrect romantic comedies in movie theaters, where it will premiere exclusively on October 21st before streaming on Peacock 45 days later.

Will it break box-office records? It will not! But it doesn’t have to, either, because the movie from director Ol Parker — the writer and director of Mamma Mia: Here We Go Again — probably didn’t cost $200 million to make. And who doesn’t want to see Clooney and Roberts play parents who embarrass their daughter while drunk dancing?