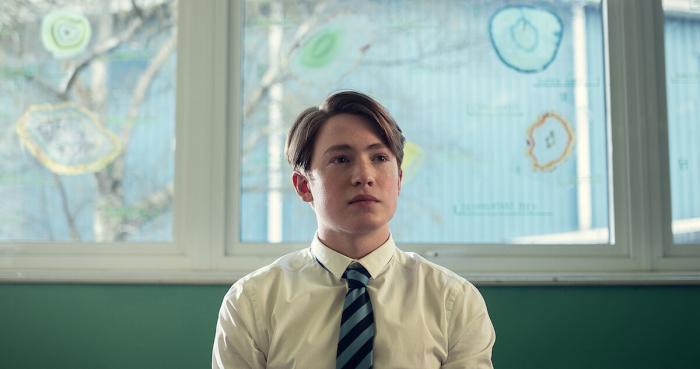 Last year, during a particularly difficult time in our family, I started watching a lot of age-appropriate romantic comedies with my ten-year-old twins. Some were great (To All the Boys I’ve Loved Before, The Proposal, Definitely, Maybe), some older ones held up very well (My Best Friend’s Wedding, 10 Things I Hate About You (except for the smoking), and some did not hold up well at all (oof, Never Been Kissed). Some also elicited really surprising reactions — during the big walking-down-the-stairs “Kiss Me” makeover scene in She’s All That, my kids jumped off the couch and started screaming at the television, and I didn’t immediately understand why until H raged that they had ruined Laney Boggs. “Why?! Why?!” they screamed, as though their favorite team had just lost the World Series.

It’s exciting and interesting to watch and see how and with whom your kids develop crushes. Heartstopper, an eight-episode British series on Netflix, is probably as potent as any of the romantic comedies named above, and will almost certainly become one of those cultural touchstones for kids of a certain age who, 20 or 30 years later, will undoubtedly introduce Heartstopper to their kids. Watching the ten-year-olds squeal with delight, scream “KISS HIM,” or “NO, DON’T SAY YES,” or hiding behind the couch when the romantic tension gets too high has been an indescribable pleasure. 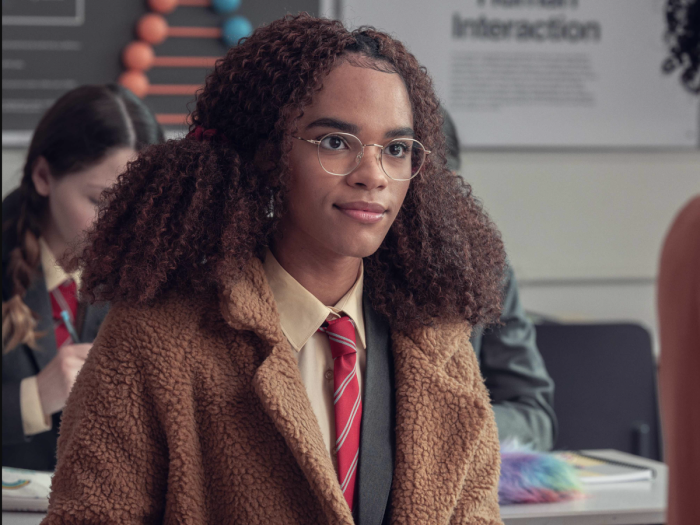 Heartstopper is about a group of high school kids falling in love with each other. It’s almost that simple. It’s like Sex Education or Skins, only without all the provocative stuff your kids aren’t allowed to watch yet. The series, based on Alice Oseman’s graphic novel of the same name, just gets it. It captures the fluttering nervousness of crushes, the electricity of holding hands with someone for the first time, and the gooey, heart-melting joy of kissing someone with whom you have developed almost uncontainable feelings. Heartstopper knows exactly what it’s like to be young and in love and how teenagers obsess over small gestures (or emojis), revisit conversations in their minds over and over again to extract meaning, and how one slight — even unintentional — can feel earth-shattering. There are big feelings involved, and series director Euros Lyn — working from scripts written by Oseman — deftly communicates those feelings through all the well-worn tropes. some of which are subverted, and many others that are not. The whole show makes me feel like a lovestruck 15-year-old again.

When watching those rom-com marathons, one of the things that the ten-year-olds would often complain about was the fact that they all involved straight couples. It’s true. There are plenty of YA books they can find with LGBTQ representation, but age-appropriate movies and television shows with queer relationships in them are nearly nonexistent. There aren’t a lot of gay romances in iCarly or The Goldbergs, and I can not think of a single age-appropriate movie or TV show where the queer couples are the leads. 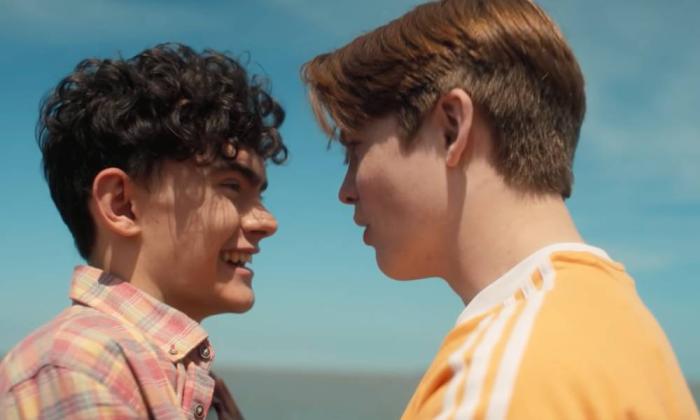 That’s what’s so remarkable about Heartstopper: All the relationships involved are queer. I don’t want to make it sound like I’m burying the lede here because I’m not. It’s not a “queer” show; it’s a traditional but incredibly effective rom-com that just happens to feature queer characters. There are boys developing crushes on boys, girls falling in love with girls, and potentially a straight boy falling for his best friend, a trans girl. It’s not that these issues aren’t spoken about, either — one of the leads is struggling to figure out his sexual identity while navigating a friend group with a lot of rugby meatheads — it’s just that issues themselves are secondary to the main driver of the series, which is kids falling madly, passionately, profoundly in love with one another.

It genuinely means so much to me that my kids can see themselves represented and reflected onscreen the way I could when I watched The Wonder Years or My So-Called Life. Everyone should be able to see themselves in the flickering lights of their screens and not just as the outcasts or the weirdos — although, that’s OK, too — but also as the cool kids, the people you want to hang out with. They need to understand that their feelings about love — and to whom that love is directed — are not only normal but amazing and wonderful and they should be incredibly proud of who they are and who they love and that it’s never OK to say that it’s not OK to talk about it. That’s what Heartstopper does. It is phenomenal, and everything about it lives up to its title.

← 'A Very British Scandal' Doesn't Try to Pick Up Its Fallen Woman | Recap: In Its Penultimate Episode, 'Moon Knight' Delivers Sense, Nonsense, And A Backstory Info-Dump →