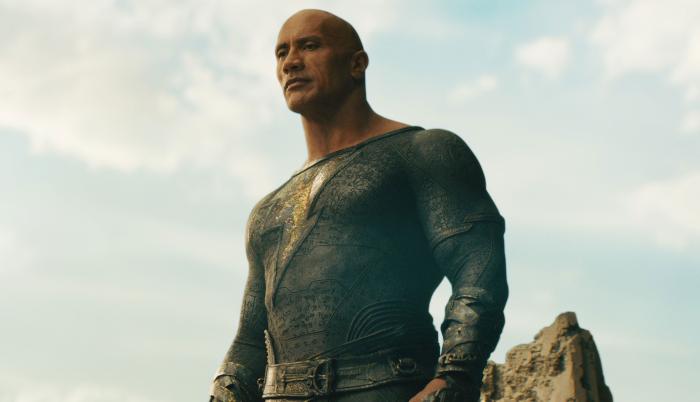 There is no more discombobulated genre than the superhero genre right now. Marvel seems to strike as often as it hits these days, and the DC Extended Universe (DCEU) is all over the map. While DC is sticking to its guns when it comes to tonally darker, more mature fare, the results are often mixed at best. That said, their recent spate has been surprisingly successful — James Gunn’s The Suicide Squad was damn entertaining and Matt Reeves’ The Batman was outstanding. Even the spin-off TV show Peacemaker was a hit.

Other than those … things get a little spottier. I’m not going to dive into the complicated morass of the “Snyderverse” films other than to say it has its share of ups and downs, but we can all agree that Wonder Woman 1984 was an unmitigated disaster, the upcoming Flash movie is mired in controversy, and Batgirl, sadly, will never see the light of day. Curiously, one of the more unexpected delights was Shazam, with Zachary Levi as its naïve, charming goofball of a hero.

It’s from the Shazam rogue’s gallery that we arrive with Black Adam, landing in theaters this week. Veering back into the darker tones, Black Adam stars Dwayne Johnson as a brooding, vengeful antihero, a millennia-old former slave imbued with godlike powers that are granted to him by a cabal of wizards who … you get the gist. There’s a lot of fantastical mumbo-jumbo and comic booky mysticism that works fairly well onscreen, even if I have a hard time writing it out. Regardless, Black Adam (going by his original name, Teth-Adam for most of the film) has been trapped in a magical prison in the fictional land of Kahndaq, a lawless place besieged by mercenary armies searching for the mythical Crown of Sabbac, a relic of — you guessed it — untold power. In the process of searching for it, Black Adam is awakened, only for the world to learn that he’s not the hero of legend we thought he was, and rather a rageful force of nature who kills without hesitation.

It lays the framework for an interesting concept — what would we do about a “hero” who is seeking justice (in this case, freedom for Kahndaq), but who does so without remorse or ethics? What happens when someone with the power of Superman seeks justice but has none of the restraint? In this case, Black Adam’s efforts are opposed by The Justice Society, a loose collection of heroes who band together (thanks to an enjoyable familiar face) to stop his rampage. There are the makings of a great many thematic strengths here — the overpowered antihero, the concept of colonialist powers who abandon a country to ruin once its usefulness has run out, the cultural trampling disguised as savior syndrome that first world powers have when it comes to impoverished brown countries — all of those threads are there. But they get mired in the action and increasingly ridiculous plot, and the film suffers for it. None of those ideas are explored successfully beyond a few impassioned soliloquies, and it almost makes you wish they hadn’t even tried, rather than to try and fall so dreadfully short.

This isn’t to say that Black Adam is entirely without merit. It’s oddly fun, even within its often brutalist framework and design. The action sequences are well-choreographed and the VFX are surprisingly effective, probably even better than much of the recent work we’ve seen from the MCU. There are some standout characters, too — the Justice Society features great work by Aldis Hodge as Carter Hall/Hawkman and Pierce Brosnan as Kent Nelson/Dr. Fate, along with their younger sidekicks — Noah Centino/Atom Smasher and Quintessa Swindell as Maxine Hunkel/Cyclone. They’re a fun combination and create a clever, bright dynamic when compared to the unrelenting grimness of Black Adam. That grimness is part of what drags the film down, too — there’s no denying that Johnson is brimming with charisma — it’s what overcomes any shortcomings he may have as an actor. But put him in a role where that charisma is largely absent, and you start running into trouble.

Weirdly, that charisma does poke its head up periodically, particularly when he’s interacting with the Kahndaq revolutionary Adrianna (Sarah Shahi) and her superhero fanboy son Amon (Bodhi Sabongui). Yet at times the film feels like it’s overcompensating, becoming a parody of the John Carter/Terminator relationship of Terminator 2, with Amon trying to teach Black Adam catchphrases and modern culture.

What ultimately makes the film a hit-or-miss is what afflicts many DCEU properties — an inability to choose a tone. It feels like their films work best when they pick a lane and stay there — full-blown seriousness (The Batman) or unfettered zaniness (The Suicide Squad, Shazam). It’s when they try to blur the lines between the two that they struggle, and that’s clearly the issue here. I’m sure it didn’t help that Black Adam was held up by COVID. Its inconsistencies are also right there in its history — the script was originally written by comedic writer Adam Sztykiel (Made of Honor, Diary of a Wimpy Kid), then rewritten by Rory Haines and Sohrab Noshirvani (who worked together on The Mauritanian and the British series Informer. Throw in director Jaume Collet-Serra (House of Wax, Orphan, The Shallows) and you’ve got an absolutely chaotic blending of ideas.

Is Black Adam objectively bad? No, not really. It’s got some fun moments, and occasionally has the kind of Deadpool-esque violence that can be just as amusing as it is twisted. It’s a fairly hard PG-13 in the sense that its protagonist kills a LOT, but it’s also mostly bloodless, non-scary stuff (though apparently the first cut was almost given an R). Unfortunately, what heart there is in the film doesn’t come from its main character, and I don’t just mean that he’s not warm and fuzzy — this is the least entertaining, least appealing role of Johnson’s career. While that makes for great action, it also makes for an antihero that’s hard to get behind — not because he’s an antihero, but because it’s a poor, uninspired depiction of one, further dragged down by a script whose thematic reach far exceeds its grasp. It’s balanced out by great performances from the JSA cast (my son specifically said he wished they were more prominent in the film), but the film’s inconsistencies make it a messy, shallow, and likely polarizing experience.


← Netflix's 'The Watcher' Is Barely Based on a True Story | What's the Deal with Legal Challenges to Biden's Student Loan Forgiveness Plan? →