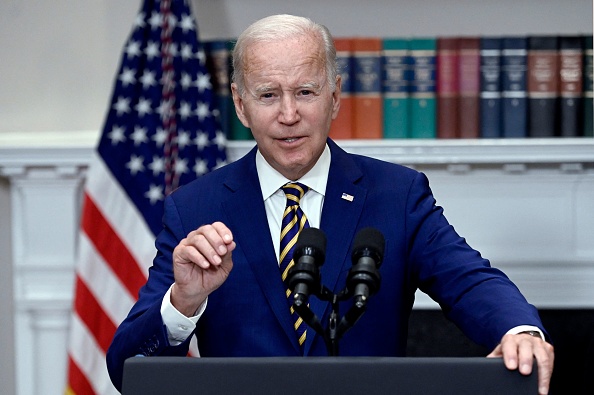 The biggest complaint I have seen among those who are furious that six state Republican attorneys general — from Nebraska, Missouri, Arkansas, Iowa, Kansas, and South Carolina — have successfully paused Biden’s student debt forgiveness plan is that, basically, it’s not fair that wealthy people, corporations, and others were able to take out billions in PPP loans during the pandemic but those making less than $125,000 are not entitled to the same relief for their student loans.

They’re right: The student loan forgiveness program will run U.S. taxpayers around $400 billion, while the PPP program cost taxpayers over $750 billion. Moreover, while qualifying borrowers can get $10,000 - $20,000 in debt relief, PPP loans — most of which were forgiven — averaged over $72,000.

The difference, unfortunately, is that the PPP program was approved by Congress. Biden’s student loan forgiveness program, meanwhile, was pushed through a Biden executive order. The legal question is whether the executive branch alone has such authority. The White House says that it does under a 2003 federal law (passed after 9/11) that allows the Department of Education to modify financial assistance programs for students “in connection with a war or other military operation or national emergency.” The White House asserts that the COVID-19 pandemic falls under a “national emergency.”

Right now, the biggest legal question appears to be standing, i.e., who is even allowed to sue? Supreme Court Justice Amy Coney Barrett — of all people — issued a ruling rejecting an appeal from Wisconsin taxpayers attempting to halt the program yesterday. The lower court rejected their case saying that the taxpayers didn’t have standing, and presumably, Amy Coney Barrett did so for the same reason.

Hopefully, the U.S. Court of Appeals for the Eighth Circuit, which granted the stay last night, will quickly resolve the issue of standing by ruling against the state attorneys general and Biden can move on with the plan. Otherwise, the Eighth Circuit (and possibly the Supreme Court) will have to weigh in on whether the President has authority under the 2003 federal law to cancel or forgive debt, which might come down to a determination about whether we are in a “national emergency.”

In the meantime, borrowers can continue to apply for forgiveness here, and if the case is resolved in Biden’s favor, hopefully, forgiveness will be quickly processed before any more legal challenges surface.

Unfortunately, those who had private loans and didn’t consolidate them under the Direct Loan program by September 30th (as we suggested) probably won’t be eligible for loan forgiveness. Biden had to sacrifice thousands of borrowers to avoid legal challenges. Unfortunately for those of us who did consolidate (and ultimately extended our loans for another 30 years under higher interest rates under the promise of $10 to $20K in debt forgiveness), we may be sh*t out of luck, too: Stuck with the same loan amounts at higher interest rates.

As for the political ramifications? I doubt this will do much to affect the outcome in the midterms. The people most likely to benefit — people who attended college and earn less than $125,000 a year — are demographically speaking already aligned with Democrats in most cases.