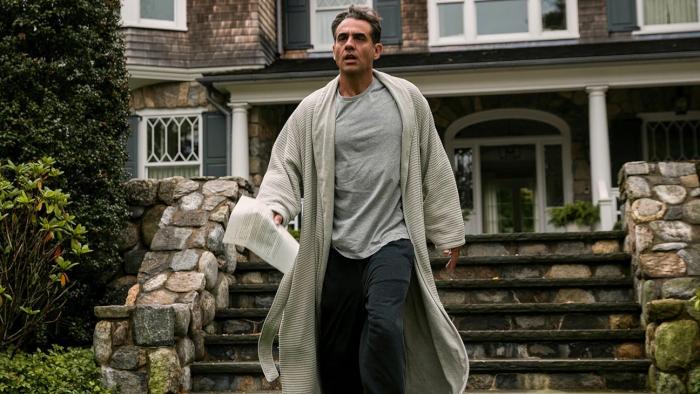 Netflix's 'The Watcher' Is Barely Based On a True Story, But It's Fun

The plot of Netflix’s The Watcher is inspired by a short, 2018 article published in New York Magazine the same way Peter Benchley’s book, Jaws, is inspired by the true story of a large shark being caught off the shore of Long Island. By which I mean, none of this is the way it actually happened.

In real life, the Broaddus Family never actually moved into the house at 657 Boulevard in Westfield. While the investigation into the identity of The Watcher seems to have been botched by the police, the malicious indifference portrayed in the show is not evident in any reporting on the case. Of course, none of that would make for a very good Netflix limited series, would it?

I don’t want to give away too many details because I don’t want to ruin anyone’s fun at guessing which turn the story might take as it travels through every plot point the writers decided to throw at the (tastefully decorated) walls. The Watcher is a whodunit that points its finger at almost every member of the ensemble. While I sometimes questioned why these very talented actors got themselves involved in this melodramatic, soapy mess, at the end I had to admit the casting was perfect.

Bobby Cannavale and Naomi Watts star as Dean and Nora Brannock. He’s a lawyer and she’s a sculptress and the two swan around dressed like lumps of clay through the whole series. 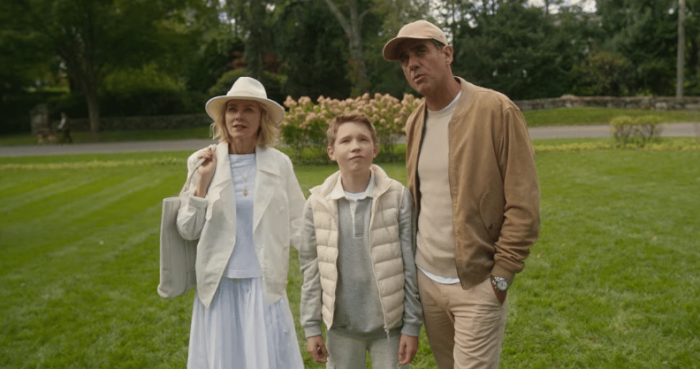 The Brannocks are tired of the constant dirt and danger of living in New York City, so they decide to spend every penny they have on a three-million-dollar mansion in suburban New Jersey. As soon as the family of four moves in, they begin to receive vaguely threatening, anonymous letters in the mail. Mysterious things start happening in the house and all of their neighbors are suspects. Their neighbors are all super creepy weirdos.

Across the street, you’ve got “Big” Mo and Mitch, played with profane delight by Margo Martindale and Richard Kind. Mo and Mitch are the type of busybodies who sit in lawn chairs all day to gather neighborhood gossip. They’re also unpleasantly loud, entitled, and opinionated. Next door are The Winslows. Mia Farrow and Terry Kinney (Billions, Inventing Anna) play this kooky brother and sister pair who live in their unchanged childhood home. They’re also the only members of the overly zealous Westfield Preservation Society. What that really means is that they sit in their living room criticizing their neighbors’ renovation choices and worrying about the limbs of historic trees being trimmed. Add in a suspiciously uncooperative police detective (Happy Gilmore’s Christopher McDonald), a suspiciously over-cooperative private investigator (Noma Dumezweni) and a handful of very strange characters who previously owned the house and you’ve got the motley crew of Westfield denizens. It feels like the town is populated by crazy people who all delight in screaming at each other across their lawns.

Farrow gives off the same unhinged energy that Frances Conroy’s characters usually serve in Ryan Murphy projects to great effect. She and Margo Martindale, along with Jennifer Coolidge as a hyper-aggressive real estate agent/frenemy of the family, chew up a lot of scenery. Cannavale also lets loose playing this anxious homeowner at his wit’s end. Dean Brannock has MULTIPLE yarn walls going by the end of the series. That’s how invested he is in getting to the bottom of this conspiracy.

All of the “f*ck it, let’s have fun with this” energy from the cast is what saves this series from becoming the next Devil In Ohio. Or worse, Echoes.

Ryan Murphy and Ian Brennan — credited as the creators of The Watcher — also created Netflix’s grossly exploitative series about Jeffrey Dahmer released in September. At least here, Murphy and his team of writers have extrapolated the actual facts so far out that most of the story is made up whole-cloth. Some of that is at the behest of the real-life family. Derek and Maria Broaddus requested the show be so far removed from the truth that they would be unrecognizable. But some of it is just Ryan Murphy doing his thing - lots of unnecessary details and characters added as MacGuffins, creating confusion and drawing out the story as long as possible. There are also secret passages, flashbacks, and ghostly visitors. As per usual with Murphy projects, this one probably could have wrapped up nicely in fewer episodes. But the Network Movie Of The Week feeling of it all makes it far more enjoyable and less exhausting than trying to slog through a season of American Horror Story.