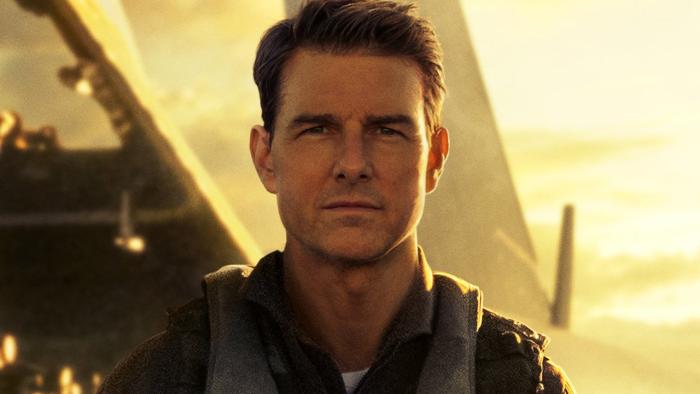 Sequels are a funny thing. Sometimes they’re planned, a part of a grand storytelling design. Sometimes, a film simply does so well that the studios can’t help themselves but to try to keep a good thing going, and so an inevitable cash grab for a sequel — or more — is made. Sometimes, there is the rarest of these birds — the sequel that was never a part of the original plan, which had no real public clamoring, which was neither expected nor even wanted. It’s that last one that Top Gun: Maverick falls into — a sequel to a film made over 35 years ago by a writing/directing team (Jim Cash and Tony Scott, respectively) who aren’t even alive anymore (RIP). Sure, talk of a sequel has been floating around for the last ten or so years, but no one ever really expected it to happen. Did anyone expect to see another Top Gun movie? Did anyone need to see one?

After finally watching Top Gun: Maverick, I can answer that last question. Yes. Hell yes. We needed Top Gun: Maverick, a brawny, over-the-top, often silly but wildly exciting film that is equal parts sequel that’s faithful to its source material and original characters, homage to its origins, and cleverly updated continuation of the Top Gun legacy. The film doesn’t shy away from how much time has passed — now, Pete “Maverick Mitchell (Tom Cruise) is a relic of the past — never promoted past captain through a combination of willful refusal and poor career choices. He’s serving as a test pilot for a program that’s rapidly about to be overtaken by automation, desperately trying to hold onto some semblance of the Navy he once knew.

Finally, he’s called back into action to teach tactics and techniques to a new, brash group of “best of the best” pilots in the Top Gun program, this time to help them learn what it will take to undertake a seemingly impossible and incredibly dangerous mission. It’s there that the film really finds its life, as Mitchell — a loner and, well, maverick for most of his life — must somehow take all the wildness and instinct and cocksure attitude that made him who he is and impart the best parts of himself onto these youthful recruits. It’s further complicated by the fact that one of the pilots is Bradley “Rooster” Bradshaw (Miles Teller), the son of Maverick’s beloved wingman Nick “Goose” Bradshaw (played by Anthony Edwards in the first film) who died while training with Maverick.

The film centers around that complicated father/son dynamic, as well as Maverick struggling to live up to the expectations of Admiral Tom “Iceman” Kazansky (Val Kilmer), another returnee from Top Gun. While his relationship with Rooster may be his biggest personal obstacle, he’s also dealing with his deteriorating relationship with the grim, skeptical Admiral Beau “Cyclone” Simpson (Jon Hamm, replaying his performance from The Town). All the while, Maverick is rediscovering his relationship with local bar owner Penny Benjamin (Jennifer Connelly) — curiously, there is not even the slightest mention of his love interest from the first film, Charlie (Kelly McGillis). Regardless, the dynamics between all these various players work, and everyone is fully invested in their performances. Teller is a fascinating addition to the cast — instead of playing a mini-Maverick, he’s instead the opposite — a smart, conservative, risk-averse pilot who has the fundamentals but lacks the real confidence to go full throttle when needed. He’s offset by another pilot, “Hangman” (Glen Powell), a selfish thrill-seeker who dumps his team for the sake of his own personal glory whenever convenient.

Meanwhile, Cruise is doing what he does best — racing through the story at breakneck speed, pausing only to somberly clench his jaw (serious face) or flash an insouciant, overconfident grin (happy face). Okay, okay, I’m not doing him justice — Cruise really does give this one his all, and not just physically. It’s some of the best, most emotionally mature work he’s done since probably Born on the Fourth of July. He’s got actual feelings here and he shows them without any of the machismo or braggadocio that is so often prevalent in his films. Despite his 59 years, Cruise still has the youthful enthusiasm to make a role like this shine.

This is all wrapped around a stunningly intense action film, directed deftly by Joseph Kosinski (Tron: Legacy, Oblivion). The aerial scenes are harrowing, from Maverick’s first renegade scramjet test flight to its thrilling finale as he leads his young students across enemy lines into some truly astonishing aerial combat. It’s wild and explosive and fun as hell. And all throughout, the film is peppered with just enough nods to its predecessor to keep you smiling, without leaning too heavily on nostalgia. Instead, those nods — and in some cases updates (the inevitable sweaty beach sporting contest was perfectly done) — simply add to the film’s charm.

Top Gun lives in the annals of film history as a goofy, often cheesy bit of action fluff, directed with a sweaty, madcap enthusiasm by Tony Scott. Top Gun: Maverick tones down some of the silliness (nothing can possibly compare to Kilmer snapping his teeth at Cruise while they both glisten in a locker room, clad only in towels), but maintains the spirit of the original. It’s a fast-paced, heady bit of craziness, both on the ground and in the sky, and a worthy addition to the Top Gun name.