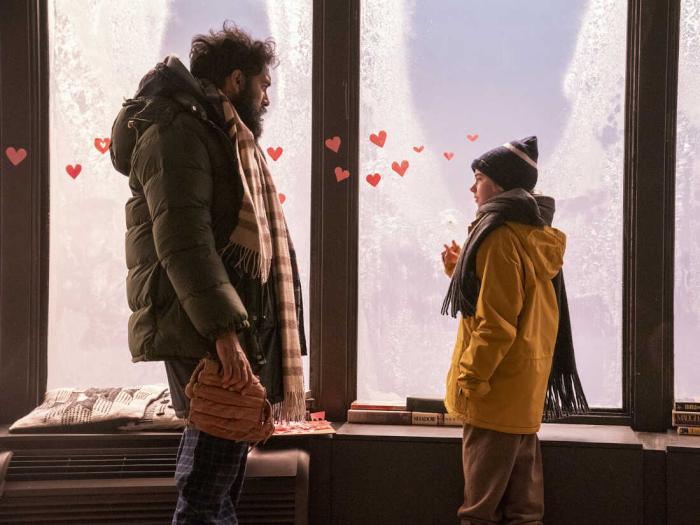 What to Stream This Weekend

Station Eleven (HBO Max) — Occasionally I am so overwhelmed by the greatness of a television show that I cannot find the right words to express how very good it is. I’ve been thinking about Station Eleven for weeks, and yet I still don’t know what to say about it. I read Emily St. John Mandel’s book, and it’s a rare series that’s even better than the novel, and I liked the novel. There are elements of two of my favorite shows here, The Leftovers and Slings and Arrows — there’s grief, and cults, airports, and Shakespeare! It’s also a post-apocalyptic series set during, immediately after, and 20 years after a flu pandemic that wipes out 99 percent of the world’s population. That may sound daunting given what is going on in the world, but there is no dread or misery in Station Eleven. It’s about loss, but it’s also about hope and connection, and about coping with trauma. It boasts tremendous performances from, among others, Mackenzie Davis and Himesh Patel. All eight episodes are currently available on HBO Max

As We See It (Amazon Prime Video) — The latest from Jason Katims is about a trio of young adult roommates who are on the spectrum and their efforts to gain independence from parents and caretakers, find love, and steady jobs. It has a heart the size of Texas, but it’s often as funny as it is touching. The year has only just begun, but it’s the best thing I’ve seen in 2022 (except for Station Eleven, which began in 2021), and it may hold that position for much of the year. All 8 half-hour episodes are available on Amazon Prime Video.

Peacemaker — James covered this HBO series last week, calling it “a great, entertaining show,” although he had some caveats based on the nature of the character. I have to admit that it may be my favorite of all the live-action superhero television series, if only because it’s so wildly different than the Marvel output (I also like DC’s Doom Patrol a lot, but it gets repetitive). It’s so funny, so high energy, so delightfully inappropriate, so gratuitously violent, and it contains some killer deep-cut hair metal in its soundtrack. Quireboys! Firehouse! Faster Pussycat! The title sequence alone is one of my favorite things on TV right now. (Airs weekly on HBO Max; the first four episodes are available now).

Ozark Season 4 (Netflix) — This is what I will probably spend much of my weekend watching (with a review out next week). The series gets a bad rap because it takes from Breaking Bad but it does not rise to the level of Breaking Bad, but how many series do? And yet, who doesn’t love to watch wry Jason Bateman, exasperated Laura Linney, and the phenomenal talents of Julia Garner as money launderers in the Ozarks? (Season 4, Part One is available on Netflix now.)

Somebody Somewhere (HBO Max) — Kaleena is one of many who loves the new Bridget Everett series (it boasts a 100 percent on Rotten Tomatoes), and like As We See It or Ted Lasso, it is among the new crop of gentle, funny, and kind television series. As Kaleena also notes, this one is going to catch fire soon, so you may as well get in on it now. (Airs Sunday night on HBO Max)

Servant (Apple TV+) — I think there’s a large number of people who have watched some of the M. Night Shyamalan produced Servant, but only a small minority of us who have continued to watch. I am one of those who endure some of the boring episodes to get to the brilliant ones (and also, Rupert Grint is so much fun). For a show about a mother grieving over the loss of her infant so much that she replaces it with a doll (which is subsequently replaced by a real baby), there’s surprisingly a lot of mileage here. I’ve watched the first episode of the third season, and based on only that, I have no idea where this season is headed. But I remain intrigued, and I love Lauren Ambrose’s wild, bug-eyed performance.

Wolf Like Me (Peacock) — James didn’t love the werewolf romantic dramedy starring Isla Fisher and Josh Gad, mostly because he thought it fell apart in the final episode. He’s not wrong, but it’s also such a short, sweet, and well-acted series — it clocks in at about two and a half hours — that it might be worth the investment for the ageless Isla Fisher alone.

Billions (Showtime) — Billions is back on Showtime with its sixth season only a few months after it wrapped up its fifth season, although it will be missing a major character who left the series at the end of last season. With Corey Stoll stepping into his shoes, there’s still plenty of talent on display here with Paul Giamatti, Maggie Siff, David Costabile, and the phenomenal Asia Kate Dillon. The series had fallen into something of a rut the last couple of seasons — repeating itself too often — but the loss of a major character might give Billions a fresh perspective and a new direction. (The sixth season premieres on Showtime on Sunday).

Eternals (Disney+) — All of us who refused to brave COVID-19 to see the Marvel film in theaters are finally catching up with it on Disney+ after last week’s release. It has some great ideas — and in my house, anyway, provoked more conversation than any other Marvel movie — but it is also a thoroughly mediocre film with so many characters that its fantastic cast is largely wasted. Also, it’s very confusing for those of us who still can’t tell the difference between Kit Harrington and Richard Madden.

A Hero (Hulu) — Jason loved it, and so has everyone else who has reviewed Asghar Farhadi’s film. “Farhadi knows that the simple stories we demand will always fall apart under the weight of actuality,” Jason Writes. “Nothing is so simple, and he’s been expertly spelunking the cavernous maw between ideals and humanity his entire career. With A Hero he’s gifted us with one of his greatest, simplest explications of this dangerous everyday space—we’re truly in the hands of a master here, one mashing us up into paste, and I loved every second of it.