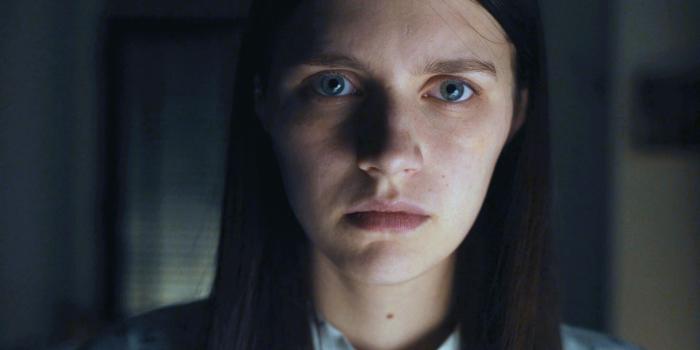 Spoilers: Season Two of 'Servant' Pivots, Setting Up a War In Season 3

The M. Night Shyamalan produced Servant debuted with the launch of Apple+ TV back in November 2019, during a time when it seemed we were living in a different world. The premise — at least the one advertised in the promos for Servant — was about a mother, Dorothy (Lauren Ambrose), whose infant child, Jericho, died. She was so consumed by grief and denial that she replaced the baby with a doll on the advice of a therapist, and she hired a nanny, Leanne (Nell Tiger Free ), to take care of him. Dorothy’s husband, Sean (Toby Kebbell), and brother, Julian (Rupert Grint), helped Dorothy maintain the lie because they knew that if she acknowledged the death of the baby, it would likely result in a psychic break.

Much of the first season was a meditation on grief, one that was sometimes bleak, sometimes serio-comic, and occasionally downright disturbing. The series has been written, directed, and created by Tony Basgallop, but the M. Night Shyamalan twist really came in the second episode, when the nanny, Leanne, replaced by doll baby with a real baby — origins unknown — and everyone just went along with the ruse. The rest of the season mostly rode out that twist to see where it would take them, and where it took them was a somewhat different show.

Season two is much less about the grief Dorothy is experiencing, or the strain the charade is putting on her and Sean’s marriage, and more about the nanny, Leanne, where she came from, and what she did with the baby, Jericho. I don’t want to say that it was a better or worse show, just a different one. It often feels like Tony Basgallop is making it up as he goes along, which isn’t necessarily a bad thing when he takes the show to essentially where the story was organically heading. There wasn’t much steam left in the season one arc, and its conclusion (where did Jericho come from; Dorothy realizing the truth) is probably being held until the end of the series, so Basgallop shifted focus to the nanny. By the end of season two, he’d widened the universe even further to include an entire cult.

Season two begins with the search for Jericho, which leads to an abduction of Leanne, who ends up essentially living as a hostage in the attic. Dorothy refuses to release Leanne until she tells them where Jericho is, but Leanne is something of a partially willing abductee, especially as members from the cult she belonged to — The Church of the Lesser Saints — are trying to pull her back in. Uncle George makes a run at returning her to the fold, but fails (and is run over and perhaps killed), and in the finale, they bring out the big guns: A character named Aunt Josephine (Barbara Sukowa).

Aunt Josephine comes with a Betamax videotape that looks like something the Dharma Initiative put together (and for those who doubt the dark comedy coursing beneath the series, one need look no further than this videotape, as well as Lauren Ambrose’s Mommy Dearest-like performance). The tape outlines how to essentially treat cult members who have strayed, like Leanne, so that they can be reunited with God, by blinding them, cutting them open to release their soul to Heaven, and then throwing their body in a burning pyre. It’s filmed like a ’70s workplace training video and it is hilarious.

Aunt Josephine then attempts to execute those steps upon Leanne, but Leanne is spared a grisly death by Dorothy, who knocks out Josephine, protecting Leanne like the mother Leanne has been searching for all along. When Josephine wakes up, however, Leanne finishes the job, and then retrieves Jericho. From where? We have no idea. But Leanne seems eager to return Jericho to Dorothy and Sean and resume her duties as a nanny. Perhaps a little too eager, because the season two finale ends with her talking to her wall ominously. It’s also revealed that the burnt corpse of Aunt Josephine (probably) is behind the wall, and that Leanne performed the cult ritual on her. Leanne then warns of a coming war between her and the Church of Lesser Saints, and there is some (very strong) suggestion — as there has been all season — that Leanne has evil powers, powers that might have allowed her to resurrect Jericho from the dead.

Those same powers may have been what made her so attractive to the Church of the Lesser Saints, and why they were so adamant about “reuniting her with God.” While the third season is likely to pit Leanne against the cult, I would be concerned, as well, about Dorothy and Sean finding themselves on the other side of those powers should they not fully embrace her not just as a nanny but as a full-fledged family member.

Ultimately, season two pivoted in a direction I didn’t love — away from grief toward cults and the supernatural — but it’s clearly a pivot that some very much appreciated.

You’re always so supportive @stephenking. Means more than you know. Can’t wait for you to see the finale of season 2… I also just wrapped directing the first episode of season 3! Trying to keep up with your pace! https://t.co/y0G40DWMsJ