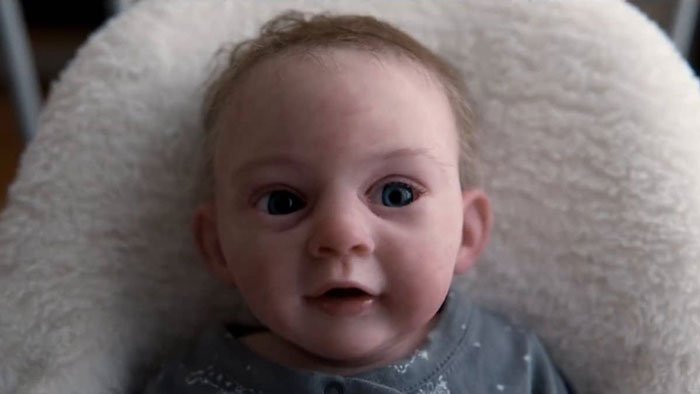 What You'll Want To Know About M. Night Shyamalan's 'Servant' Before You Watch It, Spoiler-Free Review

M. Night Shyamalan’s name has become synonymous with twists, thanks to the mind-bending fun of horror films like The Sixth Sense, Signs, and The Visit. So when you sit down to watch his latest, the Apple TV+ series Servant, you might well expect a tale full of tantalizing twists and choking suspense. You’d be half-right. Before we get into that, let’s break down the things you need to know before diving into this horror series.

Apple TV+ is touting Servant as “a new psychological thriller from M. Night Shyamalan.” However, the world-famous writer/director is not writing this series. That task sits on the shoulders of Servant’s creator, Tony Basgallop, who is credited with penning every one of this season’s 10 episodes. Meanwhile, Shyamalan shepherds the project as one of its executive producers, and he directs the pilot episode (titled “Reborn”) and the penultimate episode (“Jericho”). The helm of the rest of the series is shared between Emmy Award-winning TV director Daniel Sackheim (NYPD Blue), Predators’s Nimród Antal, Supergirl’s Alexis Ostrander, Ray Donovan’s John Dahl, and Lisa Brühlmann, whose body-horror debut feature Blue My Mind was aptly named.

Still, Servant starts off feeling like an Shyamalan film. For one thing, it’s set in Philadelphia, a familiar stomping ground for his growing cast of creeped-out characters. For another, its premise is inspired by real-life mental trauma that has been tweaked to titillate and terrify. For Split, it was Dissociative identity disorder. For Servant, its a grief so deep it pushes a parent to a need for fantasy to survive. If you’ve seen the trailer, you’ll know to what I’m alluding.

On its surface, Servant centers on a pair of parents who are coping with the death of their 13-week-old son, Jericho. His mother, Dorothy Turner (Lauren Ambrose), took the infant’s demise so hard that she was “catatonic” for a time. That is until her husband Sean (Toby Kebbell) gave her a Reborn Doll, a dedicatedly detailed baby doll that looks very much like the real thing. Believing it’s her son, Dorothy treats the doll like a live baby, changing its diapers, singing it lullabies, and calling it Jericho. This idea, Shymalan explained during New York Comic Con, came from a real method of “fringe therapy,” intended to help parents work through miscarriages and infant loss.

In this case, this tool leaves both parents in an impossible position. For Dorothy, she’s living in a pleasant but fragile fantasy that might be shattered at any moment by a stranger’s stare or a critical word. For Sean, he is left alone in his grief, not able to mourn for the loss of his son with his wife. And so, he goes along, as does her brother Julian (Rupert Grint). But things get more complicated when Dorothy insists they bring a live-in nanny into their home. Enter Leanne Grayson (Nell Tiger Free), a rural girl come to the big city with a mysterious background, conservative clothes, and an obsequious manner that instantly charms Dorothy but unnerves Sean.

This first episode covers a lot of ground, not only introducing all of the characters above but also setting up the central conflict. At the first opportunity to speak with Leanne alone, Sean tells her she doesn’t have to pretend to care for the doll when Dorothy isn’t around. He lays bare the bones of what they’ve been through. He thanks her for patience, and suggests Leanne let the act and the doll drop. She won’t. Further disturbing, she hangs a curious cross above the doll’s crib and regards Sean coldly when she silently spies him acting out his frustrations on the doll. Then, a Shymalan-worthy twist hits that pitches the series into a dizzying new direction.

On Servant’s debut day, Apple TV+ will release the first three episodes of the series. So as not to spoil the surprises, I’ll touch gently on what happens there and will share nothing beyond them. There are no major spoilers below.

While episode one shows a deep empathy for suffering parents, episodes two and three give the audience reason to cringe at both Turners. While Dorothy use the doll to deny Jericho’s death, Sean drinks himself into a lumbering stupor. Unbridled by an endless supply of red wine, he spies on the young nanny, as she sleeps, eats, and prays. He doesn’t trust her, and that makes him mean. Meanwhile, Dorothy adores Leanne—and Jericho of course—but has patience for no one else. She clucks at her brother for being a bachelor. She publicly scolds her husband for his sex drive and dinner conversation. And she casually denounces a female colleague’s promotion with: “I don’t want to suggest it, but she sucked a row of dicks.”

Beyond this, there’s a ruthless snobbery and entitlement to the Turners that seems established to turn stomachs. It’s in the way Sean hisses not to fraternize with “the help.” It’s in the sharp smile Dorothy slides on when she asks a fashion favor of the alone-in-the-world girl she employes. But it’s most sharply clear in paralleled scenes of bathing.

Leanne’s bathroom is small and cramped. A murky pink tub clutches the wall on three sides. As she steps into the shallow tub, she lies low to sink as much of herself beneath the water as she can. Then, she looks up to see an ugly water stain, warning of rot. Cut to Dorothy in a bathroom with elaborate, vibrate wallpaper. Feet away from these walls, she sits in a freestanding tub that thrums with the percolation of jacuzzi bubbles. She has room to sit up, to stretch, and no water stains to wonder about, so she reads a book instead.

As I ponder the first three episodes (“Reborn,” “Wood,” and “Eel”), I think back on this sequence and what it might portend. As the Turners begin to leave the nanny home alone with their new Jericho, Leanne begins to explore their lives through their luxuries. This strange, silent girl lights up when she slips on one Dorothy’s jeweled rings, or sneaks a glass of Sean’s wine, or slinks into the couple’s big, beautiful tub. So far in the series, Leanne has said little. She is chiefly presented as a subject of curiosity, suspicion, and speculation for the wealthier characters. But this is a show named for her. So the turns to come might well be in her favor, at least as far as audience empathy goes.

There is promise in Servant. It musters spooky suspense spiked by domestic discord and sprinkled with the promise of the supernatural. However, those looking for Shyamalan-style action or supremely storyboarded scares will likely be dismayed and maybe bored. Basgallop’s show doesn’t deal in so much in scares, instead favoring a slow-burn of dread. This might test audience patience once episodes four-through-ten begin rolling out one week at a time. Perhaps that’s why each ep so far has ended with a little twist. These are not something earth-shattering as the climax of The Sixth Sense. Mostly, they are more ambiguous cliffhangers. They leave you wondering what the crumple of a smile or a tender gesture might mean for the Turner household and its curious servant. Admittedly, as I write this, I can’t help but wonder what might happen next. While I’ve yet to be blown away by an episode of Servant, I nonetheless yearn for episode four. And having learned the secrets of the titles so far, I wonder what “Bear” will bring. 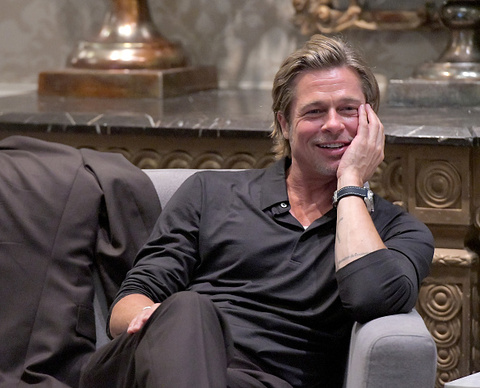 Brad Pitt Is Dating Way Above His Station Now 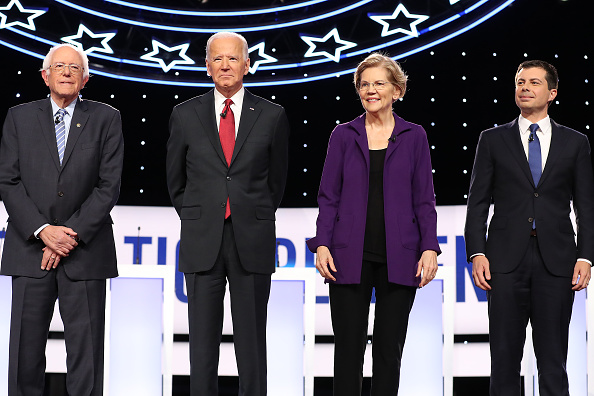