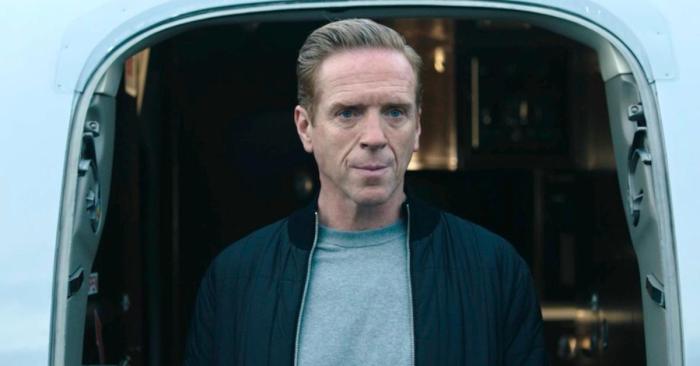 It was a weird season of Billions. Because of the pandemic, the first seven episodes of the season aired in the Spring of 2020, but it took more than a year for the last five episodes to air. While the storyline picked up where it left off, adjustments had to be made. Julianna Margulies, who had a recurring role, didn’t return for the back half of the season, nor did Paul Giammatti’s beard. Meanwhile, it was clear that Damian Lewis shot much of the final episodes remotely; his character, Bobby Axelrod, had asymptomatic COVID-19, so Zoomed in from quarantine for most of the season.

Lewis did, however, appear in person for the season finale. In the finale, an alliance of Chuck Rhoades (Giamatti), Taylor Mason (Asia Kate Dillon), and Michael Prince (Corey Stoll) allied together against their common enemy, Bobby Axelrod, by baiting him and his bank into funding a promising cannabis company operated by Winslow (Janeane Garofalo). What Axelrod did not know, however, was that Winslow was involved in illegal activities. Once Axe officially bankrolled Winslow, Rhoades — who is the Attorney General of New York — charged Axe with various crimes that would put him away for a number of years.

After five seasons, Rhoades finally had Axe dead to rights. After initially vowing to fight the charges, Prince made Axe an offer he ultimately couldn’t refuse: He offered Axe $2 billion for his entire company (“pennies on the dollar”), and Axe took the money and ran. Literally. Rather than face charges for which he’d surely be convicted, Axe bid farewell to Wendy (Maggie Siff) and fled to Switzerland, where there is no extradition (this is technically untrue; the U.S. does have an extradition treaty with Switzerland, but dramatic liberties were obviously taken).

With Axe in Switzerland, Michael Prince now owns Axe Capital and all of its employees (except for Dollar Bill and Mafee, who chose to leave rather than work for Prince). Scenes from next season — which airs in January — suggest that Axe’s employees do not particularly like working for Prince (except for Wags, who assimilates nicely). Rhoades also turns his sights on the new owner of Axe Capitol after Prince screwed Rhoades over by giving Axe a way to avoid arrest.

Axe is nowhere to be seen in the previews because Damian Lewis has exited the series after five seasons. Lewis, who had to shoot remotely from London due to pandemic travel restrictions, also lost his wife Helen McCrory to cancer in April. Lewis’ exit has quietly been in the works for three years. According to showrunner Brian Koppelman, however, he may return at some point.

The goodbyes on Billions and the hellos on Billions are never permanent; nothing is etched in stone. But that said, Damian’s time as a regular on Billions has come to an end. The guy delivered for us in such an incredible way. What he did in making Bobby Axelrod an icon is really remarkable. Knowing the conditions in which he performed, traveling back and forth to England for years to be with his family, it’s impossible to imagine just how hard and focused that guy worked. We feel really honored and lucky to have had five years of being able to know that Damian Lewis was Bobby Axelrod. But, again, not saying it’s goodbye forever.

Corey Stoll, meanwhile, has been elevated to series regular.