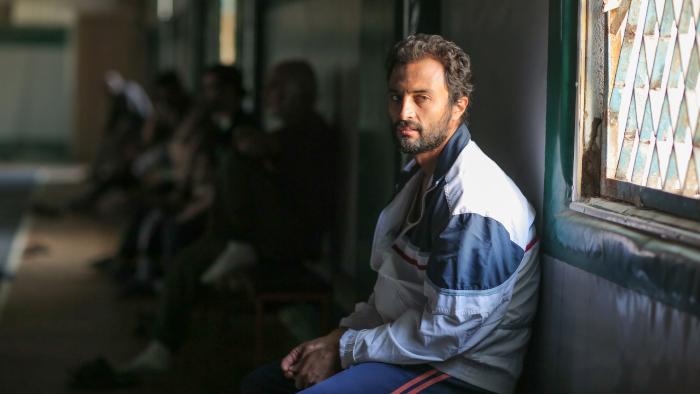 Review: Asghar Farhadi's Got Another Devastating Fable Of Human Failings For Us With His Latest Greatness, 'A Hero'

When we first meet Rahim (Amir Jadidi, giving one of the year’s great performances), he is happily walking out of one prison and straight into another. On a two-day furlough from his three-year debtor’s sentence, Rahim goes to visit his brother-in-law Hossein (Alireza Jahandideh), who just happens to work on the site of an archeological dig that’s carving an ancient prison tomb out from the side of a cliff. Rahim and Hossein drink tea together high upon the scaffolding, and Hossein good-naturedly needles his wife’s ne’er-do-well brother about this irony, this bridge between history and the present. But those of us watching, knowing we’re in an Asghar Farhadi film—the man who’s won Oscars twice now for 2016’s The Salesman and 2013’s A Separation with his relentless teasing out of the pricks and pins of moral dilemmas—we want to scream at Rahim straight away not to take history and its bleed into the present lightly. There’s no escaping its centrifugal force, and these same terrible stories will spin and recycle on long after we’re dust. In A Hero, Farhadi’s latest tense treatise on the frustrations of the faulty human condition, we’re half-embedded into history’s walls before the doors have even clanged shut.

But Rahim has his reasons for being a happy man on this day. Looking handsome under a new beard, he’s on his way to see his fiancée-to-be Farkhondeh (Sahar Goldust), a beautiful woman who plainly adores Rahim with every fiber of herself. (And she smilingly approves of the beard too, to which he blushes appreciatively.) Even better is the buried reason for this excursion—Farkhondeh has lucked into a surprise windfall, having several days earlier found on the street a purse containing seventeen gold coins, as if dropped straight out of heaven itself. These will surely be the answer to all their troubles—Rahim will be able to re-pay his debtor (a very angry ex-brother-in-law), get out of prison, gain Farkhondeh’s family’s approval for marriage, and together they’ll move on to the next chapter of their life at last. Everything’s coming up Rahim!

The happy pair take the bag of coins to a dealer to get them changed for cash, which is when the first little bump on their path to a happy future together presents itself—the exchange rate has changed since Farkhondeh found the bag the week before, and the gold is now worth slightly less than they thought it would be. It already wasn’t going to be enough to pay the debt back in full, but this financial hiccup elongates the journey even further, and Rahim already had doubts his debtor would play along at all. And then later that night, when Rahim’s sister finds the bag among his things, her immediate assumption of the worst (namely that he has stolen the bag) really gets to Rahim. Add all of this up and he makes a seemingly-hasty decision—he will do a good deed, and he will find the bag’s rightful owner. Farkhondeh protests, but Rahim convinces her it’s the moral thing to do. And hey, he adds with a coy smile, maybe the owner will give him a reward for his act of decency.

Little winks at double-edged doings like that that the film sprinkles around will soon and with great ease blossom into knots and quandaries over the next hour of the film, undoing Rahim’s good deed before the ink of it can even dry. Oh, it starts out well enough, as the owner reclaims her bag, gives a small reward to Rahim’s son, and news of his good dead spreads like wildfire, quickly turning him into the Hero of the title. What an example Rahim sets, in prison for a debt but not taking advantage when a literal pile of gold fell into his lap! Social Media finds him worth celebrating, and he is interviewed on the news; every neighbor and distant cousin comes by to congratulate. Then a big-league charity organization grabs onto the headlines and throws a banquet in Rahim’s honor, re-raising the funds he’d so selflessly given away. Everything’s coming up Rahim, the sequel!

Just how much of this fortunate lineage of circumstances Rahim was guiding, some might say manipulating, fast becomes suspect as more eyes descend upon his story. Told to un-complicate the tale by prison authorities (who Farhadi makes sure to point out are using this “Good Prisoner” narrative for their own ends) Rahim tells the news that he was actually the person who found the bag; no need to drag his not-yet-fiancée into the story, as their union hasn’t been officially formalized. From there that white lie has bloomed very nearly black by mid-film, tossing suspicion onto every small detail, and with it more and more people get pulled into the upkeep of keeping the beast and its every broadening tentacles trapped inside its do-good frame. Nobody has bad intentions exactly, but Farhadi knows that the simple stories we demand will always fall apart under the weight of actuality; nothing is so simple, and he’s been expertly spelunking the cavernous maw between ideals and humanity his entire career. With A Hero he’s gifted us with one of his greatest, simplest explications of this dangerous everyday space—we’re truly in the hands of a master here, one mashing us up into paste, and I loved every second of it.


← The Best of Twitter's 'Kramer, What's Going On In There?' Meme | 'As We See It' Depicts Young Adulthood on the Spectrum, and It Has a Heart the Size of Texas →