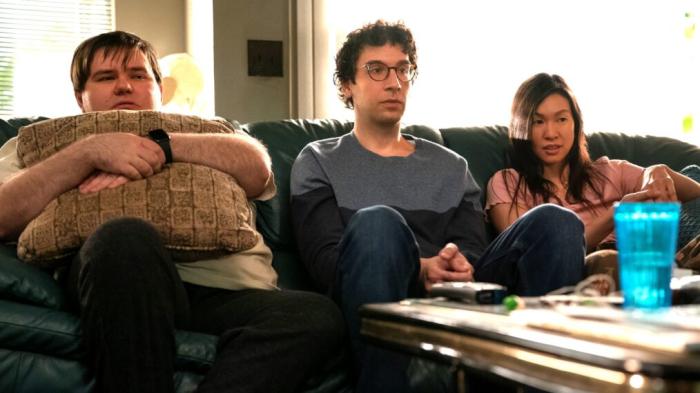 'As We See It' Depicts Young Adulthood on the Spectrum, and It Has a Heart the Size of Texas

Late in Jason Katims’ new series, As We See It, Joe Mantegna — who plays the father to one neurodivergent young adult — is asked by the brother and caretaker of another neurodivergent young adult if it “gets any easier.” In heartwarming fashion, Mantegna delivers a monologue about the difficulties of raising his son, about how there were times he wished he had any other kid besides his own. “And then I started to realize,” he said. “It was making me better. I became a little more considerate. A little bit compassionate. And I liked the guy I became. Does it get any easier? No. It’s a hell of a burden. But it’s also a gift.”

The gift of that burden is the overriding theme of As We See It, which is not autobiographical exactly, but is based on the stories, anecdotes, and experiences that Katims has collected over the years as the father of a son who was diagnosed with autism in the ’90s (fans of Katims’ Parenthood may recall that there was a younger child in that series who was on the spectrum). As We See It does not minimize the difficulties of caring for young adults with ASD — the awkwardness, the misreading of social cues, the painful misunderstandings, and the occasional tantrums — but it also does not leave out the rewards, the emotional breakthroughs, and the victories, both large and small. It is a lovely, charming, sometimes very funny half-hour series that comes from a place of real empathy. I watched the whole eight-episode series in one sitting, and it blew the strings out of my socks. It is phenomenal.

Rick Glassman, Sue Ann Pien, and Albert Rutecki — who all identify as being on the spectrum — star as Jack, Violet, and Harrison, respectively. The three live in an apartment together with a caretaker, Mandy (Sosie Bacon), who is trying to help them gain more independence. They each have their own host of issues. Jack is a brilliant programmer, but his inability to massage the truth in social situations gets him in trouble — he’s fired from his job in the opening episode for repeatedly condescending to his boss, calling him an idiot because he can’t figure out his program. Jack’s father, Lou (the aforementioned Joe Mantegna), is dying of cancer, and so there’s a sense of urgency about preparing Jack to live without the care and finances of his dad. Jack also develops feelings for his father’s nurse (Délé Ogundiran), partly for romantic reasons and partly for practical.

Harrison has agoraphobia. He’s afraid to leave the house, which has contributed to his weight gain. He befriends a teenage neighbor in their building whose mother objects to her son’s relationship to an adult man, which is innocent but the optics aren’t great. Harrison’s loving parents, meanwhile, are ready to usher Harrison into independence because they want to move away and catch up on the life they missed out on while raising their son.

Violet manages to secure a job at Arby’s. She’s invested not just in gaining a boyfriend but having sex. Lots of sex. She lacks boundaries and attaches herself emotionally to anyone who shows her the least bit of affection, and her caretaker brother, Van (Chris Pang, so handsome!), is terrified that someone will take advantage of that. Van, meanwhile, has problems committing to his relationship with his girlfriend (Vella Lovell) because he wants to keep his love life separate from his sister, which proves to be impossible given how much attention she needs.

Van also develops a crush on Mandy, who is engaged to Joel (Omar Maskati). Joel has a marital and career path laid out for the two of them but Mandy is not so sure that it’s the one she wants, particularly because it would mean leaving behind Jack, Violet, and Harrison to take a prestigious internship in another city. Bacon — the daughter of Kevin Bacon and Kyra Sedgewick — is transfixing in the role, nepotism notwithstanding.

It’s a layered relationship dramedy that Katims and his writing staff navigate brilliantly. It does not condescend to its characters, who are more than their ASD. As the title suggests, it provides their perspective. They want to be thought of as “normal.” They fall in love; they worry about their futures; and they bruise, sometimes more easily than we do because they have been protected for most of their lives. But it’s also about their parents, siblings, and caretakers who have to learn to let go and put a little faith in their grown children to take care of themselves and a lot of faith in the rest of the world to treat them with kindness. It is a show with a huge heart — not unlike Katims’ Friday Night Lights — but it’s also the kind of honest and unflinching comedy that could only come from someone who has seen and lived it. I hope you’ll give it a chance.

As We See It begins streaming on Amazon Prime Video on Friday, January 21st.


← Review: Asghar Farhadi's Got Another Devastating Fable Of Human Failings For Us With His Latest Greatness, 'A Hero' | 'Wolf Like Me': A Three Hour Exercise in Lycanthropic Navel-Gazing →