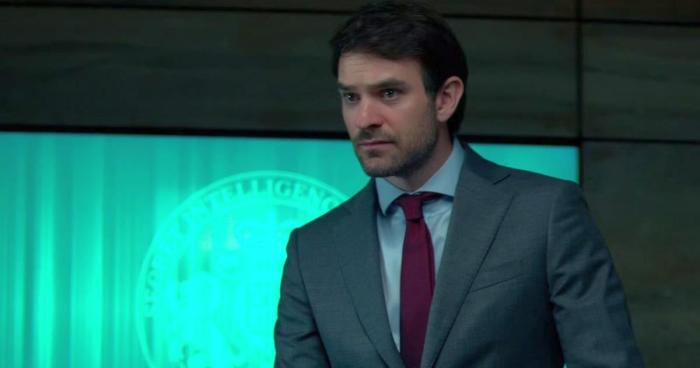 Why the Audience Scores for Netflix's 'Treason' Are So Low [Spoilers]

I have watched a lot of British spy series, and what many seem to have in common is a grim view of the British state and unrelenting bleakness. I do not understand why British spy and detective series seem to be allergic to a sense of humor, but Treason is no different. Every moment is a somber one, and every word is spoken in a clipped, self-serious manner.

Treason, airing on Netflix, can at least boast a magnificent cast, and what it lacks in humor it makes up for in tension. Charlie Cox (She-Hulk, a near entrant into last week’s Pajiba 10), plays Adam Lawrence, the young deputy director of MI:6 who is suddenly thrust into the director position after his boss, Sir Martin Angelis (Ciaran Hinds) is poisoned and nearly dies. Lawrence, however, is compromised by an ex-girlfriend, Kara Yerzov (Olga Kurylenko), the very same Russian operative responsible for poisoning Sir Angelis.

All is not what it seems. Nevertheless, the CIA — who believes Lawrence has been compromised — taps Lawrence’s wife, Maddy (Oona Chaplin) to turn on her husband, which gets complicated when Adam’s daughter is kidnapped by an unknown entity.

It’s all rather bleak, as many of these British spy series seem to be — the opening shot of the series sees a sniper’s scope trained on a kid — and while Richard Armitage is not the star here, it always feels like the male lead is playing a version of a Richard Armitage character. Charlie Cox is no exception, while Olga Kurylenko is just doing the television version of her Bond character, and Ciaran Hinds is Ciaran Hinds. He could play this role in his sleep, chained up inside of a chest sitting at the bottom of the ocean.

I’ve watched a few spy series in recent weeks, and this one is … as bleak as Jack Ryan without the expensive action sequences or the Krasinski wryness, slightly better written but significantly less fun than The Recruit, and inferior in every way to Slow Horses except that it’s even shorter than the Apple TV+ series (five episodes, 45-minutes a piece). Nevertheless, the suspense works, there are some surprising double crosses, and it’s nice to see Charlie Cox, even if he is charmless here (Cox and Ciaran Hinds also teamed up for the similarly bleak Irish crime drama Kin a couple of years ago).

If you head over to Rotten Tomatoes, you’ll see that the series is given a charitable 69 percent on the Tomatometer, but a dismal 36 percent audience score. There’s always a reason when there is a vast division between the audiences and critics, and this one is fairly easy to pinpoint (Spoilers): Charlie Cox is probably the biggest draw for the series, and his character is the lead. However, because the Brits (to their credit) do not believe in plot armor, name recognition and the number on the call sheet will not protect their characters. Cox’s character is killed off in the final episode, somewhat unceremoniously, like a common peasant not best known for playing a Marvel superhero. I suspect that the majority of viewers who tuned in to watch Cox were disappointed by that, especially because it means that Cox wouldn’t return for a potential sequel, unlikely because it is a limited series and because it’s not going to cross the Netflix cancellation threshold.