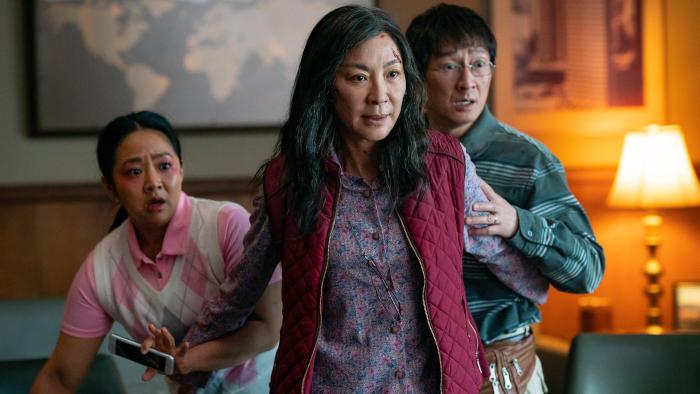 The Word-of-Mouth Box-Office Hit Is Back!

Last weekend, in its 8th weekend of release, Top Gun: Maverick earned over $12 million. That’s the eighth biggest 8th weekend gross of all time. Interestingly, five of the seven films ahead of it are at least 20 years old, while one of them — American Sniper — didn’t get a wide release until its fourth weekend (the other was Frozen in 2013).

We’re seeing with Maverick something we haven’t seen a lot of lately: A massive word-of-mouth hit. The box office is returning to pre-pandemic levels (this year’s box office has nearly surpassed all of last year’s grosses and it’s only July), but the landscape has changed: There are fewer movies going to theaters for shorter times, and more expensive movies being released on streaming networks.

However, most of the major tentpoles are behaving the way they did in the 7 or 8 years before the pandemic: They amass huge opening weekends and explode like supernovas. The numbers are so huge in those first few weekends that it hardly matters that they don’t stick around for long, except that their quick fades combined with a less crowded box office have allowed some other films more time to build and hang on to an audience. In the years prior to the pandemic, word-of-mouth was still relevant, but mostly for its ability to kill movies on their first weekends.

In 2022, Maverick is one of the few exceptions in recent years — a film that may have another $30-$50 million in it after its 7th week. It’s the biggest word-of-mouth hit of the year but it’s not the only one, which is unusual in a landscape that hasn’t generated a genuinely big word-of-mouth hit since 2017’s The Greatest Showman. We’re used to seeing 60-65 percent drops after opening weekends, but Maverick fell only 28 percent and those drops have remained relatively low over its entire run.

But consider also Elvis. A movie that opens with $30 million these days, as Elvis did, typically follows a trajectory closer to that of this year’s Scream, which also opened with $30 million and tapped out at $81 million. Elvis crossed $100 million in its fourth weekend and still has several gallons of gas left in the tank. Meanwhile, the biggest horror film of the year behind Scream, so far, Black Phone, bucked the trend of horror movies with massive second-weekend drops (it was only 48 percent) and has turned a $23 million opening into a solid $72 million run, so far. In fact, thanks to those shorter theatrical windows, Universal has taken advantage of that positive word-of-mouth and it’s already made Black Phone available digitally — it’s the second most popular movie on iTunes this week, despite its $20 price tag (it’s behind only Jurassic World Dominion, released into theaters two weeks after Maverick but already on iTunes!)

Of course, outside of Maverick, the biggest word-of-mouth hit this year is Everything Everywhere All at Once, a modestly budgeted $25 million flick from A24 films that has eked out $67 million over the course of months! It’s been available digitally for a few weeks now, but you can still find it in some theaters in what is now its 17th week of release. The word-of-mouth on that film was rapturous, and it carried for months.

In addition to the year’s word-of-mouth hits, there are also a few sleeper hits, as well (something rarely seen at the box office these days): If you don’t have kids, you may not have even heard of Bad Guys, which opened in April, was made available for free on Peacock a few weeks ago, and is still in 275 theaters, where it’s earned $96 million. Likewise, Sandra Bullock and Channing Tatum’s The Lost City very quietly and slowly earned $105 million, and even saw a modest uptick in ticket tales between its 9th and 10th weekend.

Moreover, there aren’t a lot of major releases left this summer (Nope, Bullet Train), but that doesn’t necessarily have to be bad for ticket sales. Nope, like Get Out (another 2017 word-of-mouth hit), could dominate the box-office for the six weeks, Elvis could stick around a few weeks longer; Maverick can ride it out until September; and films like Bodies, Bodies, Bodies or even Sterling K. Brown and Regina Hall’s Honk for Jesus. Save Your Soul could find some room to breathe and elicit some word-of-mouth success. Honestly, 2022 has made box-office watching less depressing than the last two years, and more fun and less predictable than the years prior to the pandemic.


← HBO Ventures Into Uncharted Territory With New 'House Of the Dragon' Trailer But Does Anyone Care? | 'Don't Make Me Go' Review: Can John Cho Carry This Beautiful Movie Through Its Horrible Twist? →