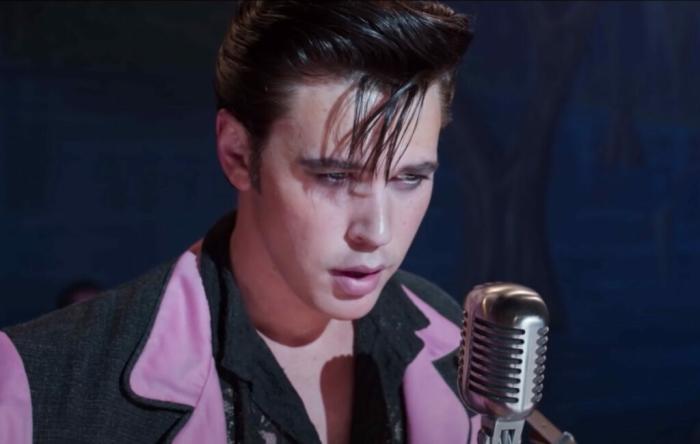 Review: ‘Elvis’ is What a Baz Luhrmann Biopic of Presley Was Always Going to Be… For Better or Worse

Subtlety. Realism. A deft touch with complicated subjects. These are qualities that Baz Luhrmann does not have. Or rather, these are skills that he’s never felt were a necessary part of his filmmaking arsenal. That’s the coward’s way out according to Australia’s king of glitz and anachronistic music choices. He’s always seemed like the best and worst possible choice to helm a biopic of Elvis Presley, the much-idolized king of rock and roll who shook the dust off American culture before becoming a tragic parody of himself. Luhrmann is here to take Elvis back from every paunchy impersonator in a Benidorm nightclub and introduce him to a generation who know him only as a Halloween costume. He succeeds, but occasionally at the cost of Presley’s own life.

Musical biopics are typically tediously predictable affairs, to the point where Walk Hard mocked the tropes so mercilessly that it’s kind of astounding that any director has ever dared to use them since. We know why the formula is there: it’s safe, it makes money, and it ensures that the musical estates and record labels won’t have to face any sticky ethical questions. Elvis faces this problem and by and large chooses to swerve away from it in favor of a fable-like approach. Narrated by a dying Colonel Tom Parker (Tom Hanks), Elvis sees the evident villain of the story try to position himself as the indelible hero of Elvis, both the man (Austin Butler) and the brand that overwhelmed his very being. Aware of a good meal ticket when he sees one, Parker hears a young Presley singing then practically goes slack-jawed when he discovers that this kid with the rock and roll voice is white. Soon, the former truck driver with a love of Black music and a seemingly autonomous pelvis is fired into stardom. According to his Svengali, it’s all the Colonel’s doing, but this is not a story concerned with giving its bad guy a good edit.

Elvis is at its most enjoyable when Luhrmann is allowed off the leash. The first public performance where Presley’s hip-thrusting seems to cause spontaneous orgasms among the female audience members is pure Luhrmann, that blend of camp and operatic bombast that made Moulin Rouge! feel so fresh upon release. All of his concerts are filmed with that frenetic energy that really captures how exhilarating it must have been to see this radical new artist terrify the establishment. Even in his older years, when the Vegas concerts got more slouchy and sweaty, there are glimmers of the magic that Luhrmann is able to tease out.

But there’s only so far Luhrmann can go. The aesthetic is wall-to-wall Baz, never letting up for a moment, except to capture the myriad emotions on Presley’s face (this is a director who is the king of shooting close-ups of pretty tortured boys’ faces, we can’t deny that). Thematically, however, he is reined in by the demands of both the biopic genre and the Presley estate’s involvement. That means that Presley’s first encounter with his wife Priscilla is shown as two lonely souls falling in love and not as a grown man hanging out with a 14-year-old. His influence and appropriation of Black music is softened into something more palatable than the situation deserves. In one of the best scenes in the film, we see the young Presley interact with two of his biggest inspirations, blues and gospel, through a melding of the sensual and spiritual that captures the intense energy of music as an emotional force. He hangs out with B.B. King and Sister Rosetta Thorpe and watches Little Richard perform, with one person wryly noting that Presley could make more money singing ‘Tutti Frutti’ than its creator ever could. Yet the intense politics of it all are flattened down. The film seems timid about approaching the reality of what Presley meant in terms of being a white boy presenting Black culture to conservatives in an era of segregation. Presley himself ends up feeling like a puppet with little to say as a result.

This also makes the inclusion of modern singers into the equation a more questionable decision. It feels like Luhrmann didn’t believe in the power of some of music’s most astounding voices, so we get a Doja Cat version of ‘Hound Dog’ for the Youths out there.

The movie hits every beat you expect it to as a biopic, but it plays better here than it does in something like Bohemian Rhapsody, a film so ineptly made that its four Oscar wins feel like a primal curse against us all. What Elvis also has in its corner keeping its energy afloat through the cliches is Austin Butler, who is excellent in a wildly tricky role. Butler does all the singing in the early portion of the film, but his voice is mixed with the real Elvis in his later years, and every performance is just killer. This is a real person, not a parody or hologram for commercial profit. Butler makes that oft-imitated voice so lived-in, charismatic one moment and weary with exhaustion the next. He even makes those costumes feel like clothes he’s worn his whole life. If nothing else, this film lets Presley be a real person once more, a man who loved music and wanted something more than what the exploitative industry would allow.

And then there’s Tom Hanks, giving a performance you will either love or hate. For me, it worked. How else could Hanks have played this role with that director and that estate pulling the strings? It’s not just that he’s a villain: it’s that he’s the bad guy to end all bad guys, a huckster who’s bought his own bullsh*t and seems allergic to the concept of empathy. Armed with an accent that can only be described as unfathomable, Hanks relishes the unfettered loathsomeness of this man, uninterested in adding layers to his story. There’s not much that separates him from the other cartoon villains of Luhrmann’s work, or a Scooby-Doo baddie of the week.

When I was leaving the cinema, the crowd I saw the film with was ecstatic. One girl, who couldn’t have been older than 16, talked about how many times she cried throughout and which songs she loved the most. She and her friends agreed that they needed to see it again as soon as possible. For this audience, Elvis achieved its objectives. It reintroduced an idol to the 21st century. It’s going to sell a lot of records. Whether or not it’s a good movie depends on who you ask and what you want from Elvis. I can’t deny that I had a fun time watching it, but I also spent a lot of the too-long running time rolling my eyes. It’s a Baz Luhrmann film. What else were we to expect?

Elvis is in theaters now.