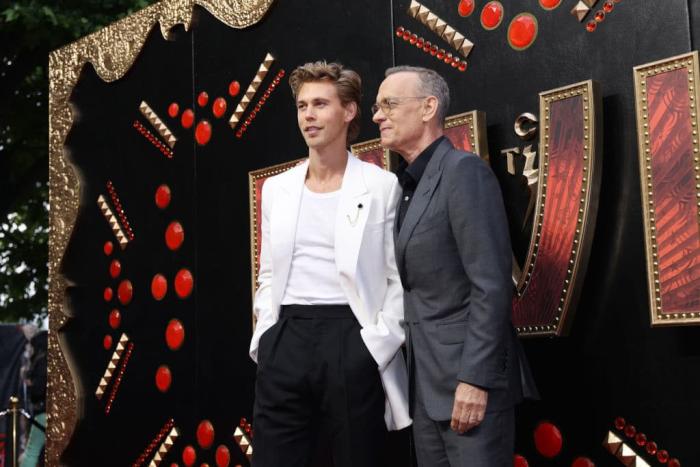 I think it’s safe to declare that Top Gun: Maverick is a bona fide pop-culture phenomenon. After five weeks, the movie is pulling in audiences and crawling back to the top of the box office, even as it faces stiff competition across the board. It jumped from third to first, leaping over Jurassic World Dominion to land a total domestic gross of $521.7 million. That’s over $112 million more than Doctor Strange in the Multiverse of Madness, which had a three week head start in the U.S. It also made it to the $1 billion mark, beating Marvel in the process to become the highest-grossing movie of 2022 so far. Jurassic World Dominion is at number four on that list with $746.6 million. That’s still less than its two predecessors but I doubt anyone really cares.

There were tho major new movies this weekend. Elvis beat The Black Phone with $30.5 million compared to $23.3 million. The biopic is doing gangbusters in terms of audience responses, even as critics are more divided. This one could be a slow burn, and it’ll need to be to make back its reported $85 million. If this one wants to be an Oscar player — and believe me, we will be hearing a LOT from Austin Butler’s PR this year — then commercial success will be key.

The Indian rom-com Jug Jugg Jeeyo debuted at number seven with $725,000 from 318 theaters. A24’s animation hybrid Marcel the Shell with Shoes On landed outside the top ten with $169,606 from six theaters, but that per-screen average is impressive!

For people needing a big-screen meme escape from the world, CatVideoFest 2022 made $15,466 from six locations, while Peter Strickland’s aural food bonanza Flux Gourmet took in $5,000 from 19 theaters.

This coming week sees the release of the historical romance Mr. Malcolm’s List and the inescapable animation juggernaut Minions: The Rise of Gru.


← What Happened This Weekend: Protests, Pride Parades, Police and Performances | Conan O'Brien Has Been Getting Wasted With His Employees →