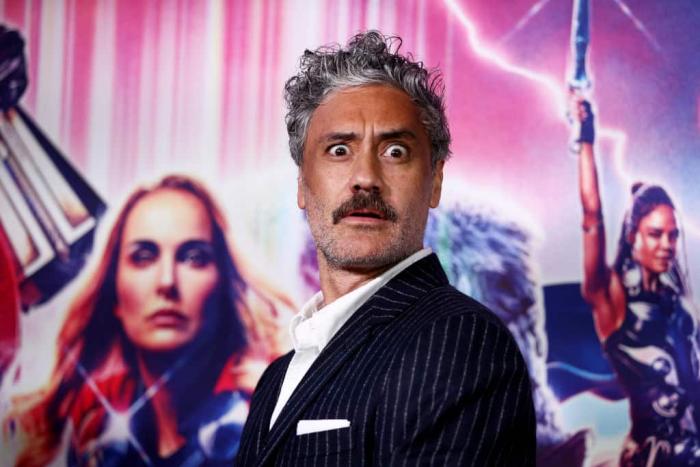 Shock horror, the big Marvel movie that dominated the box office last weekend has stayed on the top spot. Thor: Love and Thunder easily beat the competition and held onto number one with an extra $46 million in the bank this past weekend. It also suffered a 68% drop from the previous week, which was one of the steepest falls the franchise has seen. It’s thought that less-than-rapturous reviews have hindered its long-term numbers somewhat. Audiences seem far more interested in the likes of Top Gun: Maverick and Elvis, both of which are holding on strong.

I’ve seen rumblings of ‘Marvel backlash’ but these movies are still making more money than God and retain immense fandom loyalty. But it is worth noting that reviews for this current phase of the MCU have been more mixed and the four movies preceding Love and Thunder all suffered from a similar second drop fall. Then again, Doctor Strange in the Multiverse of Madness is the second highest-grossing film of 2022 so far and Spider-Man: No Way Home is the sixth highest-grossing film OF ALL TIME, so I don’t think Kevin Feige will need to lay off the ivory back-scratchers. Plus we still have Black Panther 2 on the horizon. It’ll be fine.

Debuting at number three is Where the Crawdads Sing with $17 million from 3,650 theaters. That’s higher than Sony Pictures was predicting and solid business given that critics have torn it to shreds. The novel it’s based on has sold over 12 million copies worldwide, which easily balances out the terrible buzz (and that whole thing with the author of the book being wanted for questioning related to the murder of a poacher in Africa.)

At number six is Paws of Fury: The Legend of Hank, the animated comedy, with $6.25 million from 3,475 theaters. Behind it at number nine is the adorable comedy-drama Mrs Harris Goes to Paris, which made $1.9 million from 980 cinemas.

In limited release news: The Winona Ryder thriller Gone in the Night grossed $121,000 from 136 theaters; the documentary Gabby Giffords Won’t Back Down took in $75,000 from 302 locations; Korean crime thriller The Killer earned $50,000 from 56 cinemas; The Courtney Barnett documentary Anonymous Club made $10,275 from three theaters; and the Lebanese drama Costa Brava, Lebanon grossed $4,450 from one theater.