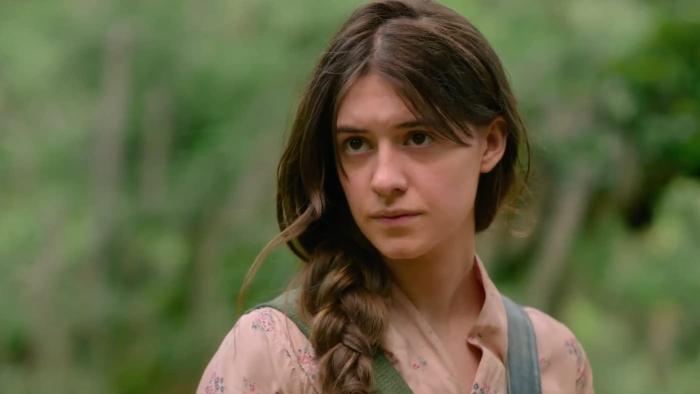 'Where the Crawdads Sing' Is Like Nicholas Sparks Crossed with Demented, Burbling Cries of a Dying Harper Lee

It’s good we already covered the controversy surrounding Delia Owens, the author of the book upon which the film Where the Crawdads Sing is based, because it allows me to focus all of my attention on the trash heap projected onto the big screen. That controversy, however, does provide some valuable context as to why someone might set a story in the Jim Crow South and make its central character an outsider played by a pretty white woman. Really? This book was written in 2018, not 1968. Not only that, but the woman is given lifelong aid by the only two Black characters in the film, the pure-hearted Mabel and her cheery, smiling husband, Jumpin’ — no, really, his name is Jumpin’ — who appear to have gotten lost on their way to the set of 1964’s Song of the South.

And yes, before you ask: I did read Where the Crawdads Sing, months before I knew about Owens’ past, because Reese has a decent track record and I wanted to know what all the fuss was about. It was an easy read, mostly because I was propelled through the pages by a belief — based on the millions of copies sold — that at some point, the novel would pull a rabbit out of its hat and redeem itself. It never does, and I should’ve known better than to trust the same audience who bought seven million copies of The Help because this country still has a romantic obsession with an era before public schools were properly integrated.

It’s been a while since I read the book, so I did not recall that the tone of it — at least as depicted onscreen — is that of an early-aughts Nicholas Sparks movie starring Mandy Moore. Think The Notebook crossed with A Walk to Remember and How to Kill a Mockingbird if it were written by a white colonialist woman who thought it was OK to murder Zambian poachers for killing the Mockingbird.

Daisy Edgar-Jones, so good in Normal People and Under the Banner of Heaven, but not so good in Crawdads, plays the “Marsh girl,” Kya, a woman put on trial for the murder of a local former high-school football star, Chase Andrews (Harris Dickinson). Kya grew up by herself in the marshlands outside a small town in South Carolina after her mother and her siblings left her one by one because an abusive, racist stereotype played without an ounce of subtlety by Garrett Dillahunt scared them all off before finally abandoning his daughter himself. Bullied out of school cause she don’t wear no shoes, Kya manages to sustain herself in the deserted home of her parents by living off the land and harvesting mussels and exchanging them with Mabel and Jumpin’ for bags of grits because Owens insists upon pulling Southern stereotypes from only the top of the bag.

As a teenager, Kya meets Tate (Taylor John Smith), a nice local kid whose mother and sister died in a car accident on the way to the store to buy him a bicycle for his birthday because Crawdads lays it on thick. Tate teaches Kya how to read and write like you do when you meet pretty, undomesticated white women living alone in the swamp, and the two play house and bond for a few months before Tate goes off too and becomes a fancy college boy.

Years after Tate leaves, a heartbroken Kya meets Chase. He is trouble, which we know right away because his drawl is a little bit more sinister than Tate’s and because he tells Kya he won’t do nothing to her unless she asks, which is what all the date rapists say. There’s a reason he ends up the victim of a murder, although I ain’t inclined to spoil who is responsible for his death.* I will say, though, that David Strathern isn’t a complete embarrassment playing Kya’s lawyer and doing an impression of Gregory Peck defending her from the only town in the 1969 South who casts the pretty white lady as an outsider.

I cannot begin to express what a treacly, maudlin mess Olivia Newman assembles here using the vast experience she gained from directing a combined six episodes of network procedurals (Chicago P.D., Chicago Fire, and FBI). She lets every opportunity for nuance pass her by while hammering home the theme of nature vs. survival with all the subtlety of an anvil in a “Road Runner vs. Coyote” cartoon. It doesn’t help, either, that Owens’ text is written with CliffsNotes writers for eighth-grade English students in mind. It’s easy to unpack all the themes and literary devices because Owens does all the work for you, spelling it all out so there’s no confusion. It makes for an excruciating and tedious viewing experience, especially for those who have read the book and already know that the only thing “magical” about Where the Crawdads Sing are the Black characters.

* Spoilers: One of the things, among many, that pissed me off about both the book and the movie is that they wait until the final act to introduce into the trial Kya’s alibi. An alibi that is considered airtight — whether it actually is or not — is not introduced on the final day of a trial after all of the other evidence has been siphoned through. The “big twist” in a story is not supposed to be the alibi. The alibi is the defense, not a last-minute Hail Mary.

It’s also worth noting for the legal pedants among us that the cops, at the beginning of the film, cite the plain view doctrine in 1969, two years before the plain view doctrine was first articulated by the Supreme Court. It might also be worth noting that fiber analysis — which also played a crucial role in the story — was not a common practice by law enforcement in the ’60s.


← The Day's Most Divisive Topic: Why Do You Only Email the Moms? | Where 'The Killer' Excels in Action, It Lacks in Plot →