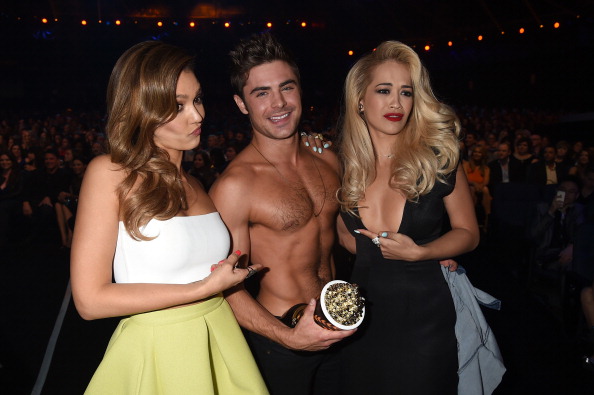 I’m not trying to tell you who Best Chris is. I’ve already forgotten who the official Best Chris is, and I no longer remember which post made that determination. But this is the reality: Pratt is always the worst Chris; Pine is always the Best Chris; and Hemsworth and Evans swap places depending on how much Evans is both-sidesing on any particular day, or on whether Hemsworth has posted something new to Instagram.

Today, Chris Evans gets to be Second-Best Chris, although — as he explained to Esquire magazine — he was almost not a Chris, but rather a Bobby.

“I was supposed to be G. Robert Evans IV. I would’ve been Bobby, but my mother was in love with the name Chris. So my dad gave it to her…I always wondered if I would have been a good Bobby. I’m glad I’m Chris. I would’ve been honored to have had that moniker, be in that lineage. But Chris is good, too.”

I don’t know how much time you all have spent in suburban Boston, but every single male person in suburban Boston is either a John, Michael, Chris, or Bobby, and they are all named after their fathers or uncles, so every family has three Johns, Michaels, Chrisses and Bobbys, and every woman is married to a man who shares a name with one of her brothers. It’s wicked confusing. Sometimes, there is a James, but only in the hippie suburban Boston families.

Moving on. Listen, Jake Gyllenhaal — who f**king did it! — does not have framed photos of himself in his apartment. Who does that? Not Jake, that’s who. It’s a silly rumor.

“Oh god. What do you want to know about a nonsensical story? So what I think happened is - because I can safely say here that I don’t have any framed photographs of myself in my apartment - is that I have a production office, and at the production office we have posters of my movies,” Jake told Another magazine. Jake G did not, however, address speculation about his actual height.

Elsewhere, here is Florence Pugh wishing her boyfriend Zach Braff a happy birthday. Wait, how did he get into this post?

Today we shall smile wider than the clouds are grey. April 6th and we’re celebrating hard! Happy Birthday wishes, boogies and cheers for this special person. Raise those bubbles and jiggle!

Finally, Zac Efron has decided that he no longer wants to be Zac Efron, or rather, he no longer wants to be “buff,” because it takes too much effort to be buff, and life is too short, and since Efron is indelibly associated with his shirtless physique, will he really be Efron anymore? It’s the existential question of our lifetime. Here’s Efron on his Baywatch physique on Hot Ones, via Jezebel:

“I realized that when I was done with that movie, I don’t ever want to be in that good of shape again. Really. It was so hard.” The former bleach job later admitted, “Take care of your heart, take care of your brain and you’re good.”

Sounds like somebody is getting a beer belly! Enjoy your slide into mediocrity, Mr. Efron! We’ll meet you in the middle.


← 5 Shows After Dark: 'Manifest' Season Two Finale on NBC, 'Who Wants to be a Millionaire' on ABC | Do We Really Need To Explain That 'Karen' Is Not a Slur Now?! →