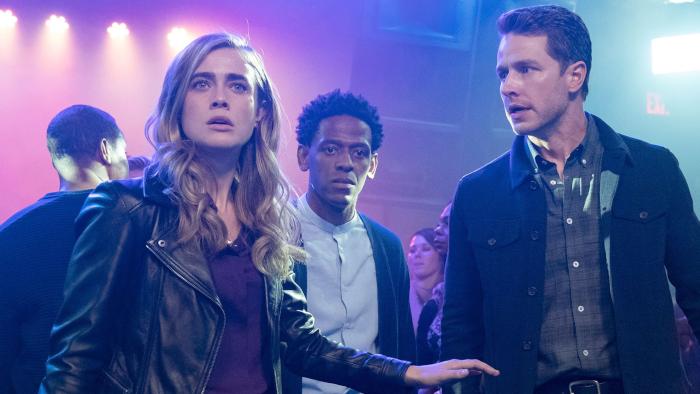 The Plot Against America on HBO at 9:00pm ET. So far this feels very on the nose, so someone assure me that there wasn’t a weird disease outbreak in the early 1940s before it gets TOO weird.

Who Wants to be a Millionaire: Secrets & Surprises on ABC at 10:00pm ET. One-hour special presentation.

Manifest on NBC at 10:01pm ET. Second season finale. On one hand, I’m glad this is ending for Dustin’s sanity. On the other hand, there’s not much better out there for him to latch onto and a WHOLE lot worse. No word on a third season yet.

← Who Designed Sherry Pie's Cut From The Runway "Frozen Eleganza" Dress From 'RuPaul's Drag Race'? | Second Best Chris Was Almost a Bobby, and Other Woes of Hot Men →