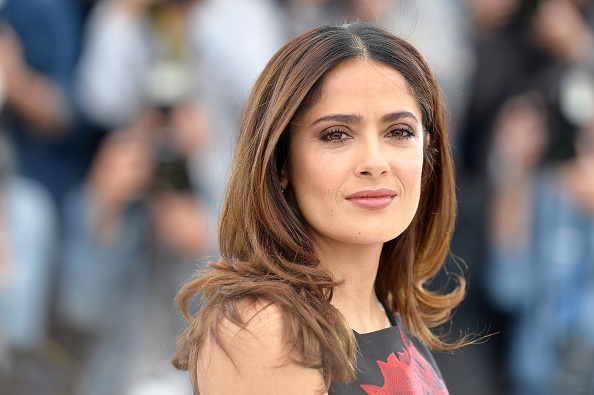 In the end, it’s the tweets that get them fired. The tweets, however, are just the symptom, right? The belief is the disease, but we can’t fire people for their thoughts, any more than we can arrest people for thinking about murder. These tweets, however, are like the bullets, the manifestations of those beliefs, so while Gina Carano can’t be fired for being transphobic, she can be fired for expressing transphobia.

A number of people on the right today are arguing that Carano was fired because she’s conservative, but that’s not true, is it? Or maybe it is! She didn’t get fired for expressing traditional conservative opinions — austerity! military spending! anti-abortion! — she got fired for expressing transphobia, and for “denigrating people based on their cultural and religious identities.”

Do Republicans now believe that “denigrating people based on their cultural and religious identities” is conservatism? Probably, because they have always believed that, but the problem comes in expressing those beliefs, a concept that was normalized by a President who no longer felt shame about denigrating people based on their cultural or religious identities. And now 75 million other people want to be able to express their hate, too, free of consequence.

Yesterday, Robert F. Kennedy Jr. was banned from Instagram. He wasn’t banned for being an anti-vaxxer. Everyone knows that Robert F. Kennedy Jr. is an anti-vaxxer. He was banned for repeatedly sharing debunked claims about the coronavirus or vaccines. He was banned not for having dangerous beliefs, but for expressing those dangerous beliefs. But he’s not conservative, so what gives? What’s the through-line? Well, there’s two: Hate and disinformation, and how dare social media try to remove those!

Salma Hayek was on WTF with Marc Maron this week, and I thought she had some interesting thoughts about conspiracy theorists, of which she has many in her orbit. She said she couldn’t just separate herself from them because many are family, but that there was also no point in arguing with them. They cannot be convinced. While Maron suggested that, at a certain point, you just have to call a nut a nut, Hayek said that she treats their conspiracy theories like a religion. Religion doesn’t jibe with science, either. “We learn to live with our religions, respecting the well-being of everybody, and we just have to find a way to respect their beliefs.”

With all due respect to Salma Hayek, that is exactly how cults become religions. Beliefs that go against science are “respected” from one generation to the next and suddenly those beliefs become a religion, and once it becomes a religion instead of a cult, we can’t f**k with it anymore because of American ideals about protecting religious expression. We are already starting to see that by many on the right, couching their bigotry as a religious right, or even their belief that the election was stolen as a belief that they are entitled to express with the same fervency in which one believes in Christ.

And that, Salma Hayek, is why we cannot “respect” their beliefs, because Trumpism is a cult that is precariously close to a religion, and if it achieves that, we will have to afford it the same latitude we afford any other religion.

In sum: We cannot let Ted Cruz dictate the narrative under the auspices of religious freedom.

Texan Gina Carano broke barriers in the Star Wars universe: not a princess, not a victim, not some emotionally tortured Jedi. She played a woman who kicked ass & who girls looked up to. She was instrumental in making Star Wars fun again. Of course Disney canceled her.

It’s just like Ted Cruz to sh*t on Princess Leia in an effort to support the bigot. He really doesn’t understand how movies work.