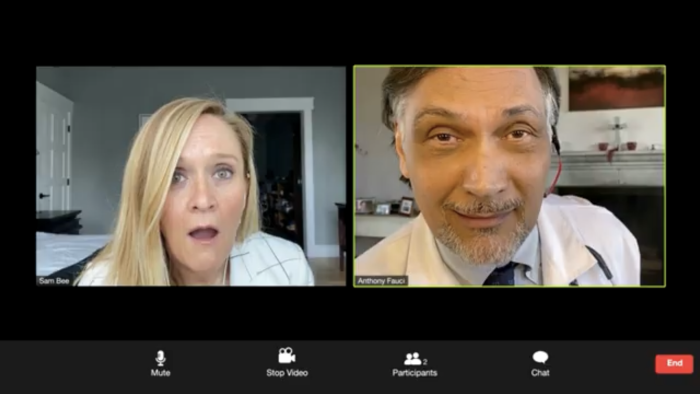 Finding celebrities to play important political or government officials is usually SNL’s job and they have varying degrees of success. Full Frontal with Samantha Bee is here to blow them out of the water! You thought Brad Pitt playing Dr. Anthony Fauci was good?! You know NOTHING! Feast your eyes on the hunkiest Fauci yet: Jimmy Smits.

If you don’t know Smits, you clearly have never felt alive. The talented and handsome actor became a household name with shows like LA Law and NYPD Blue and has only kept his relevance going with stints on Dexter, West Wing and Sons of Anarchy. He’s a national treasure. The man even dropped by Pee-Wee’s Playhouse!

Jimmy Smits is not only a talented actor and grade-A hunk, he’s funny. His Fauci appearance only solidifies that. He has great timing, is a good sport and plays off of Bee perfectly. It was a delight to watch.

Now, I’m just going to ask that he be brought back frequently. Frankly, it’s been a long year and I think we all deserve it.