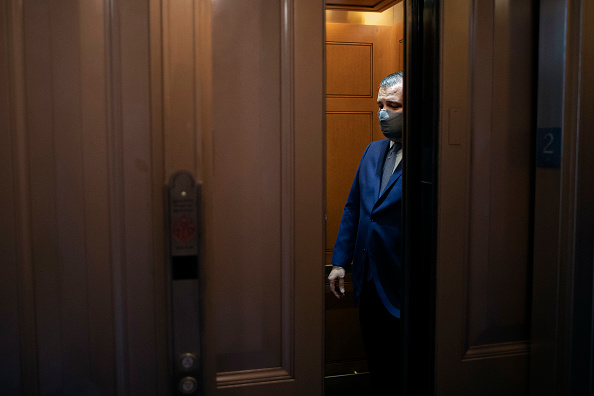 Senator Ted Cruz of Texas is a movie fan, but he doesn’t always seem to understand them despite that Harvard education, and the fact that he was roommates with the guy who wrote The Hangover Part II and Part III (also, Chernobyl). Cruz’s favorite movie is Princess Bride but he doesn’t understand how the love and compassion in that film might align with the Democratic agenda instead of with … the man who led the country into four years in the pit of despair.

He also loves Fantasia, although as Seth Rogen notes, everyone involved in that film would hate him.

Fantasia. It was playing at a film revival. It scared me; I cried—I was 4. My Mom had to take me out.

They’re all dead. So I think we’re good. And Walt Disney was a Republican.

Even though you behave online like a Marxist with Tourette’s (screaming “F U! F U!” is really, really clever), your movies are typically pretty funny.

I’m sure you hate that I enjoy them. https://t.co/ImVm26QWb8

Uh, and yeah: No shit Disney was a Republican. He was also anti-Semitic and racist. I don’t think that argument is as winning as Cruz thought it was.

Cruz’s latest political opinion, however, is what I would characterize as confounding.

Sen Ted Cruz: "Have you noticed in how many movies how often rabid environmentalists are the bad guys? Whether it's Thanos or go to 'Watchmen.' The view of the Left is people are a disease" pic.twitter.com/fthdBWVSWv

First off, maybe the man who claims that Rorschach is his favorite “superhero” doesn’t really understand how superhero movies work. It’s one thing — perhaps — to argue that The Avengers themselves are Republicans (?) because they opposed the inhumane “environmentalism” of Thanos.

But I don’t know how Ted Cruz makes the illogical jump from, “the environmentalist Thanos is the bad guy” to “the left think people are a disease.” Thanos was the villain. No one was rooting for Thanos except for … the guy that Ted Cruz kisses up to.

A writer on The Watchmen doesn’t understand what Cruz is on about, either.

Hi, @SenTedCruz, Watchmen writer/producer here. Literally what the fuck are you talking about? https://t.co/9s9nqHcPke

In fact, no one seems to understand what the hell Cruz is trying to say.

this is so incomprehensible in every possible way that I feel like it has created a black hole in my brain https://t.co/QXW3TZQd9z

Ted Cruz thinking the villains are the heroes is pretty on brand. https://t.co/CTfdIcGOGz

This is one of the dumbest things I’ve ever heard and I’ve heard a lot of dumb things https://t.co/nYwNEfjP5L

Maybe Ted Cruz should resign from the Senate and take a class in storytelling.