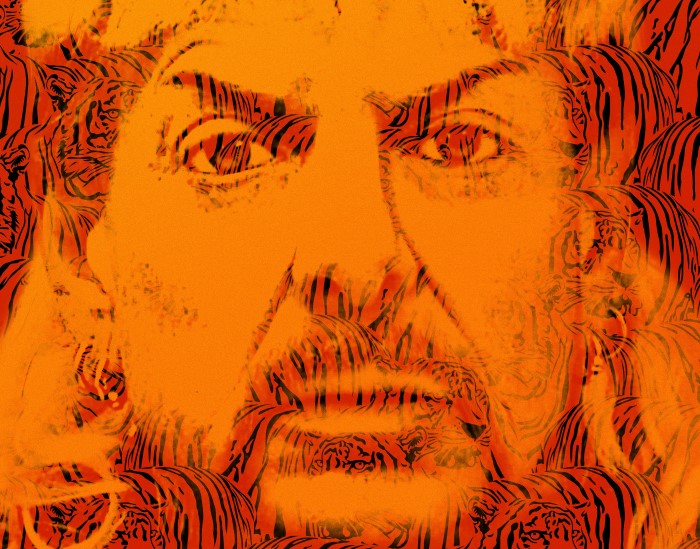 No, I am not watching Tiger King. Everyone else is watching Tiger King, and that’s fine. I’m not trying to, as they say, yuck your yum, or whatever. Hell, my fellow Overlords are all over it. Kate, Jodi, and Kristy have been covering the series every which way, for all your Tiger King needs:

+ There’s No Way Joe Exotic Was Set Up. You Just Don’t Like Carole Baskin

+ What Was Shaq Doing With Joe Exotic from ‘Tiger King’?

+ What Happened After ‘Tiger King’? Are We About to Get an Update on Joe Exotic? Jeff Lowe Says Yes…

But please stop asking me. I am not watching it.

People have asked me on Microsoft Teams. The answer is no.

People have asked me on Zoom. The answer is no.

People have asked me on Slack. The answer is no.

Sometimes when I say no, people inevitably say, “Oh, you have to, it’s wild!” and what am I supposed to say to that? When I want “wild” entertainment, I’ve got Nicolas Winding Refn and his weirdness to get me through? Barely anyone knows who Refn is! That is not going to appease my day-job coworkers! That I could just rewatch Twin Peaks? David Lynch is not going to get me out of this! I struggle to answer why not re: Tiger King, because I have watched many a true crime series. Friday nights are for NBC’s Dateline. HBO is doing very good work in the true crime documentary area lately; their latest, Atlanta’s Missing and Murdered: The Lost Children, about the case Holden and Bill are working on in the second season of Mindhunter, got off to a strong, joltingly infuriating start on Sunday night. I was very excited to learn there will be a second season of Dirty John, since I read the original Los Angeles Times story, listened to their podcast, and watched the Bravo adaptation with Connie Britton and Eric Bana. Did you watch the second season trailer yet? It has Christian Slater!

But this is all deviating from my initial point, which is: Maybe so much true crime has desensitized me toward violence toward, you know, people? And that’s bad! I’m not saying that’s good! Concurrently, though, the idea of abuse toward animals feels like too much to bear right now. Maybe it’s because when I went to Florida a few years ago, I was amazed at how often various tour guides would tell us about wild animals that people kept as pets in the 1980s and 1990s and just abandoned when they didn’t want them anymore — which has led to Burmese pythons overtaking great swathes of the Everglades, and green iguanas scurrying around beaches and suburbs. Those invasive species are a very serious problem, and if you want to be fascinated/horrified, read this Smithsonian magazine story about python hunting — it has pictures of a python necropsy, just FYI.

Human ignorance + short-term attention spans + disinterest = cruelty toward animals and irreversible impacts on wildlife. That’s basically the formula I’m trying to avoid here, and that’s a lot of what Tiger King is about, right? Violence toward big cats? Some random dude trumped up on his own ego, deciding that he should just be able to murder five tigers because he decided he wanted to? I don’t know. I’m not trying to be holier-than-thou here. I just … am going to sit this particular pop culture fascination out. I already have David Attenborough to devastate me about how human myopia is wreaking havoc on the natural world, and I’m not cheating on that absolute legend with a Florida man who adapted “Exotic” as a last name. I won’t. Please stop asking me.

← Do We Really Need To Explain That 'Karen' Is Not a Slur Now?! | What Netflix Star Slid Into Caroline Calloway's DMs?! →