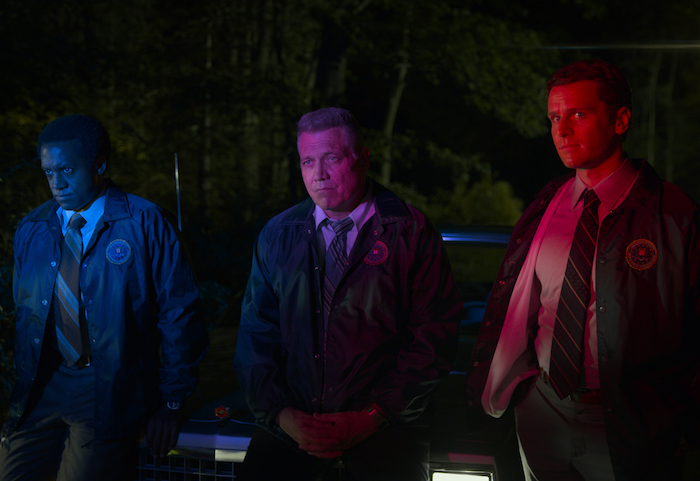 'Mindhunter' Season 2 Hurts Your Feelings in All the Best Ways

I think someone might have been killed outside my apartment while I watched the second season of Mindhunter. At the very least, someone was definitely shot. By the time I decided to call it a night, caught a glimpse outside my window, and realized the car I had heard backfire maybe a half-hour earlier had clearly not actually been a car backfiring, all that remained of the crime scene was a bloodstain cordoned off by police tape—and a small crowd of rubberneckers gathered to stare at it.

My first instinct was to judge these bystanders for being so shameless in their morbid curiosity as to gather in the street to look at a red splotch on concrete in the middle of the night. However, considering I was basically doing the same thing from the comfort of my living room, I quickly saw my hypocrisy for what it was. The only high ground I could actually claim was purely physical, by merit of living on the third floor.

Alfred Hitchcock once claimed, “I think everyone enjoys a nice murder, provided he is not the victim.” The ongoing popularity of everything from true crime podcasts to courtroom procedurals strongly indicates that he’s not wrong. The way media works supply generally follows demand, and there’s no shortage of crime-related entertainment out there. It’s a crowded playing field, yet Mindhunter finds a way to stick out from the crowd.

Loosely based on the nonfiction book Mindhunter: Inside the FBI’s Elite Serial Crime Unit, the series covers the origins and early days of the FBI’s Behavioral Science Unit in the late 1970s and early 80s. While the convicted serial killers the BSU team interview in their quest to gain insight into the criminal mind are all ripped straight from the history books—“Co-ed Killer” Edmund Kemper, Richard Speck, Charles Manson—the show takes considerably more creative liberties with its central trio, who are all composite characters with no specific real-life counterparts. Perhaps as a consequence, FBI Agents Holden Ford (Jonathan Groff) and Bill Tench (Holt McCallany) and psychologist Wendy Carr (Anna Torv) start off leaning a little heavily on archetypes, but by season two have all have been considerably fleshed out.

The question at the heart of Mindhunter—“are criminals born, or are they formed?” stated clearly in the series premiere—is hardly novel. In fact, it might just be one of the most popular questions in the genre, a particularly sinister variant of the nature vs. nurture debate. But the thing that makes the Joe Penhall series stand out from the crowd is the way in which its dedication to the question of motive truly permeates the narrative. Much like the purpose of the BSU team is to figure out what makes serial killers tick, the second season of Mindhunter in particular displays a fascination with and an impeccable grasp of human motivation. Where most other crime shows find their excitement in gore or intense action sequences, Mindhunter is often at its most mesmerizing in scenes that can be described as “people sitting at a table talking.” Midway through the new season, there’s an impeccable scene in which four people discuss a murderer, but the conversation is only really about the killer for two of them. When one woman speaks, she’s clearly thinking about the conversation as it relates to her sexuality; another man is clearly preoccupied with concerns over his son. It’s the sort of conversation where every line has layers of meaning and each and every one of those layers rings out crystal clear.

In terms of technical execution, season two is impeccable, maintaining the style established in the first season while showing enough evolution to keep things interesting. That said, while Andrew Dominik and Carl Franklin both do excellent work in the later episodes, there’s just something about David Fincher’s particular eye for detail that really is inimitable. In terms of shot-by-shot visual storytelling, he brings something extra to the first three episodes that the others don’t quite match. Admittedly, by that point, the story has picked up enough steam to make up at least some of the difference. Meanwhile, Jason Hill’s atmospheric soundscapes elevate several eerie scenes into some of the most genuinely unsettling content of any television show this year.

Overall, the second season of Mindhunter is exemplary. It maintains all the strengths of the first season and improves in the areas that most needed improvement. As far as weaknesses go, the first season has two of particular note. Firstly, there is the singular focus on FBI wunderkind Holden Ford, a fundamentally tired flavor of protagonist that even Groff’s strong performance cannot fully make up for, particularly when it comes to Holden’s relationship with free-spirited sociology grad student Debbie Mitford (Hannah Gross), who often feels like more of an ad-hoc plot device than a person. Secondly, there is the series’ treatment of race. Mindhunter, particularly in the first season, is a very white show. This, of course, is hardly unheard of, but the first season has several off-putting moments in which it practically makes excuses for its own whiteness as if anticipating backlash and feeling the need to address such criticisms pre-emptively. The prime example of this issue comes in the penultimate episode, which introduces Jim Barney (Albert Jones), a black FBI agent from Atlanta who applies to join the BSU. He’s the best candidate for the job in terms of skills and experience. Tench fights his corner, but Carr puts her foot down, arguing that most of the criminals they interview are white “and probably racist,” and therefore Barney “could incite a response that affects the study.” It simultaneously feels like the series trying to justify its lack of diversity while casually throwing in “scientific” racism from the mouths of the protagonists and then just moving on. In a series so nuanced elsewhere, with such attention to detail and how individual actions have manifold consequences, such clumsiness sticks out like a sore thumb.

With regard to the first shortcoming, the second season benefits significantly from spending more time focusing on Tench and Carr. While Holden was very much front and center the first time around, this time the three leads are equal players. And regarding race, as the second season tackles the 1979-81 Atlanta child murders, not only are matters of race and race relations featured much more prominently but also generally handled with a good deal more nuance. Jim Barney returns as a major player in the new season and even helps Holden interview serial killer William “Junior” Pierce (Michael Filipowich) in a scene that feels like a direct apology for the “what about the data” ugliness in the first season.

That said, Barney still feels like a bit of a missed opportunity. As the show grapples with the uncomfortable connection between criminal profiling and racial profiling, Barney’s perspective as a black man who is also has a significant interest in the profiling work being done by the Behavioral Science Unit feels like the most interesting avenue Mindhunter fails to explore. Although the second season’s two major personal subplots are overall much more effective than the forced Holden-Debbie relationship front and center in the first season — a family crisis that brings Tench’s home life far too close to his work for comfort makes for a particularly riveting storyline — the way in which the series loves to explore the entanglements between the personal and the professional seems to indicate Barney as an ideal candidate for the story the second season wants to tell, yet even his more prominent presence maintains a certain distance. We get his professional veneer and nothing more, nothing personal, and yet throughout the season, I kept thinking that his point of view would be the one I would be most curious to know.

While the new season doubles down on what made the first so good and makes a wide range of improvements, perhaps the most marked difference between the two has to do with feelings. Mindhunter has always been a clever show. Between that and its analytical tendencies, the first season has a slightly clinical edge to it. Season two is just as clever, but it has a lot more heart — emotional intelligence, a psychologist might say. And it puts that intelligence to good use to play your emotions like a fiddle. It’s a show about murder and trying to understand why people do terrible things, so suffice it to say it’s not a happy story. It hurts, but it hurts so good. 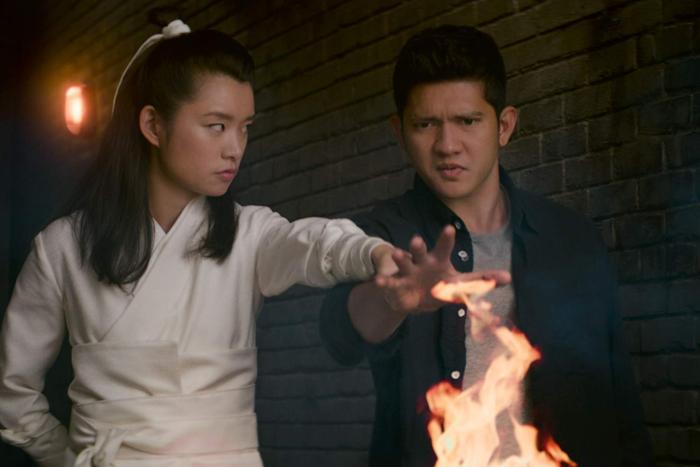 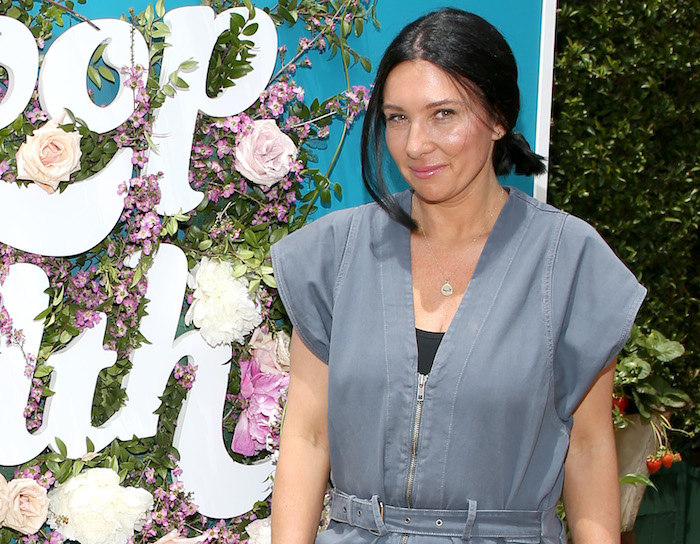 The Best Books of the Summer