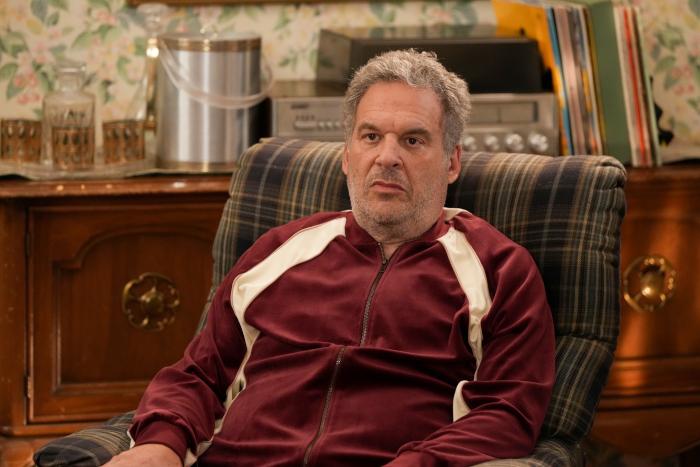 Jeff Garlin Will Be Killed Off on 'The Goldbergs,' While a Series Regular Has Not Been Asked Back on 'The Conners'

I know that Mike mentioned this in last night’s Pajiba Love, but I’ve been following the story for so long that I feel compelled to expand on it.

After Jeff Garlin exited The Goldbergs over allegations of inappropriate conduct and HR investigations dating back three years, including the final straw — his refusal to take a COVID test — the series marched on without him. It was all for the best, anyway. Garlin hated working on the show, and the feeling among the rest of the cast was clearly mutual. Finishing out the 9th season, however, wasn’t easy — they had to rewrite the second half of the season, and occasionally insert Garlin’s character in through CGI, which was the stuff of nightmares.

That won’t be necessary, however, in the 10th season, as it has now been confirmed that Garlin’s character will be killed off. In fact, the season will pick up several months after Murray Goldberg’s death. “This is going to be a family that has not reconciled the fact that their father’s gone but has sort of moved on and has dealt with a lot of that,” showrunner Alex Barnow told EW. “We’re starting with optimism about [Erica’s] baby coming and looking forward to the future. It’s an opportunity for this interesting emotional basis for the way people are behaving.”

Co-showrunner Chris Bishop suggested that the loss of Murray and the pregnancy of Erica “feels like a huge reboot for us.”

Truthfully, The Goldbergs hasn’t been the same since the creator and original showrunner Adam Goldberg left the series after the sixth season. Chris Bishop and Alex Barnow have Joey Tribbiani’d the series, ramping up silly and often juvenile humor (actual fart jokes) where there was once more heart. At this point, the series has very little to do with the original Goldberg family upon which it was originally based, but hey! It’s a delightful cast (Garlin excepted) and it’s nice that they’re all still receiving a paycheck.

Meanwhile, Jeff Garlin is not the only cast member booted from a family sitcom. Michael Fishman, who has been playing D.J. Conner since the 1980s on Roseanne, was not asked to return for the fifth season of The Conners (and yes, The Conners is still on). The door is open, however, for Fishman to return in guest roles. Fishman is excited about his future projects and opportunities blah blah boilerplate blah.

In the meantime, if you haven’t been keeping up with The Conners, Katey Sagal now plays Louise, Dan Conner’s second wife. Dan Conner and Peg Bundy are married now! Wild.

← 'Welcome To Wrexham,' 'House Of The Dragon,' 'She-Hulk,' And More On Podjiba! | Watch the Trailer for Noah Baumbach's Adaptation of Don DeLillo's 'White Noise' For Netflix →