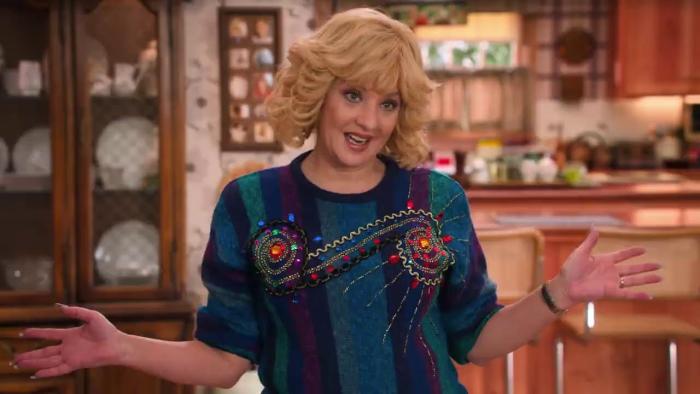 Wendi McLendon-Covey Addresses the Jeff Garlin Situation on 'The Goldbergs'

We have obviously been keeping a close eye on the Jeff Garlin situation on the set of The Goldbergs for months, and I have also paid close attention to the socials of the various cast members on the series, but none have spoken publicly about the situation … until now.

Two weeks ago, The Goldbergs aired its 200th episode — the big wedding — and it was clear that Jeff Garlin had already left the show. The back half of the season had already been written, so the series had to do its best to work around the absence of Garlin, which mostly entailed using leftover footage and finding other male figures (the future father-in-law, for instance, or a co-worker of Garlin’s character). In the wedding episode, however, it required some creepy CGI to digitally insert Garlin into a wedding scene, which elicited a lot of reactions on Twitter.

It was Noel Murray who posted the CGI clip that elicited all that reaction, and yesterday, it also elicited a response from Wendi McLendon-Covey, who plays the mother (and nominal lead) on the series, Beverly Goldberg.

Thanks for the great suggestion Noel! This season threw us for a loop because a.) it's hard to incorporate someone who doesn't want to be there and wants to leave mid-scene, and b.) we werent about to re-write the 2nd half of the season. We're doing our best.

That tracks with what Garlin said — that he hated working on The Goldbergs, although I suspect that the feeling was mutual. I also think that the series has done as well as any sitcom could do in its ninth season with or without Garlin, who hasn’t brought much to the series in several seasons anyway.


← Patton Oswalt and Jim Gaffigan Aren't Funning Around in 'I Love My Dad' and 'Linoleum' | Review: 'Turning Red' Will Make You Want to Listen to Pop and Let Down Your Fur →