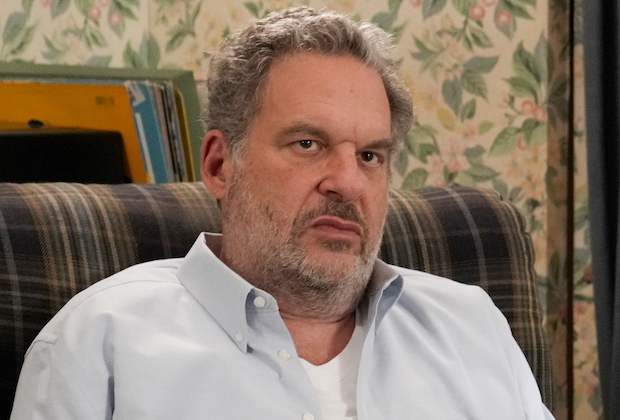 Nearly two weeks after Maureen Ryan’s interview with Jeff Garlin for Vanity Fair over multiple HR violations, Jeff Garlin has exited the long-running family sitcom, The Goldbergs. According to sources, the exit was mutual, but also the exit is effective immediately, which doesn’t scream “mutual” to me. That’s especially true because there were only a few episodes left to shoot this season, and because of his already truncated schedule, Garlin only had one day left of shooting.

It is unclear how they will handle the departure of his character, Murray Goldberg. The real-life Murray Goldberg, upon whom the show is based, died in 2008 when his kids were adults (in fact, Murray’s death, and the birth of his first child is what prompted the real-life Adam Goldberg to create the series). The character really has been something of a non-factor in recent times. He largely sits in his recliner, offers reaction shots, and tells his kids to get out of the way because he’s trying to watch television. Episodes have not centered on him in a very long while.

The details of the HR complaints are not entirely clear, although based on his interview with Maureen Ryan, it sounded like he made a lot of inappropriate jokes on the set despite complaints; he was huggy with female cast members despite repeated objections; and on one occasion, he “joked” that a female cast member should come to a read-through in the nude. HR complaints had been lodged against him for three seasons, and Garlin admits he almost quit last year because of them. In his awkward interview earlier this month, where he both confessed and denied the allegations of misbehavior, he said that he did not expect to be fired, nor did he say he expected to leave.

Following the Vanity Fair interview, Deadline received additional details about his on-the-set behavior from anonymous cast members, who said that he was emotionally and verbally abusive on the set and grossly abused his power. A cast member stated that it was a very loving, chummy set, except on the days when Garlin worked. He appeared to create a toxic environment. From Deadline:

In his VF interview, Garlin dismissed accusations of being verbally offensive by saying that he is just being “silly” as part of his schtick as a comedian. He did note his penchant for dropping the word “vagina” on the set.

According to a source on the show, a camera assistant made a complaint to her department head about Garlin’s use of the word. After the actor found out, he reportedly put his hands around her and kept saying “vagina” in her face over and over again. Overall, Garlin’s go-to jokes that a number of people on the show found offensive were talking about grandma’s vagina, balls, and brassier, a co-worker said. Additionally, he would not address some longtime female crew members by name, using instead nicknames that some also considered offensive.

The VF interview addresses an incident involving Garlin and two longtime stand-ins on the show, a married couple who are beloved by the cast and crew.

Garlin referred to it as “a joke that was completely missed—because I like this guy. I like his wife. I’ve worked with them for years.”

According to an eyewitness of the incident, Garlin did not appear to be joking as he walked behind the female stand-in. “He screamed at her, ‘why are you always in my way? Get the f*ck out of my way’ as she was walking down the ramp on the set after they had done blocking for a scene. She was confused and looked around.” Garlin then turned to the woman’s husband, saying, “tell your wife to get the f*ck out of my way”.

In nine seasons, this will be the third loss of a major character. Last year, George Segal — who played Pops — passed away. Bryan Callen — who played the gym teacher in both The Goldbergs and the spin-off, Schooled — was fired after sexual assault allegations surfaced against him. Sony and ABC have not yet decided if the ratings hit will come back for a tenth season. I don’t think the show would miss Garlin’s presence, other than forcing millions of parents to have to explain to their kids what happened to Garlin’s character.

Jeff Garlin is still a regular cast member on Curb Your Enthusiasm, although it seems unlikely that any of this will blow over onto the Larry David comedy. After all, Horatio Sanz appeared in an episode just this week despite accusations against him for grooming and sexually assaulting a minor.