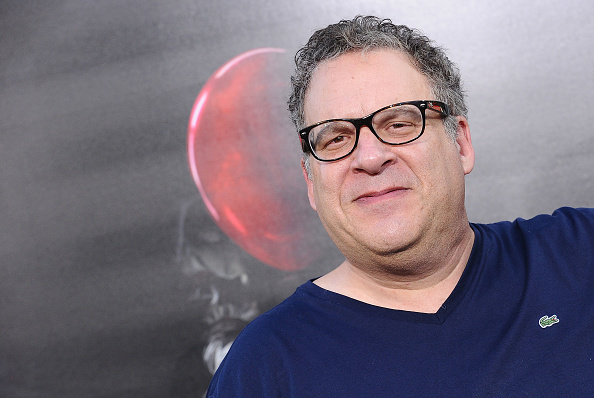 My family is obsessed with The Goldbergs because my kids have a fascination with the 1980s and because there’s not a lot of Jewish representation in the family-sitcom space. My kids have seen every episode three times through, but they have no idea that there’s been drama behind the scenes. For instance, two years ago, Bryan Callen — a supporting star in both The Goldbergs and its spin-off, Schooled — was fired from the series after rape allegations against the actor, a close friend with Chris D’Elia, surfaced.

This week, Maureen Ryan over on Vanity Fair interviewed series star Jeff Garlin about misbehavior on the set of the series. It’s a story that Ryan has been working on “for a while,” and it’s fair to say that if Mo Ryan has been working on a story on you for a while, it’s not good. Against the apparent advice of his management, Garlin agreed to answer all of Ryan’s questions. It did not go well for Garlin, who seemed to answer every question by first agreeing with Ryan and then remarking about how much he respected Ryan before basically conceding that at least most of the allegations against him are true, but that he would characterize his behavior differently than the people who were offended by the behavior.

The entire interview is awkward as hell and weird but well worth reading. The gist of it is this: Sony has repeatedly opened up HR reports on Garlin for the last three years based on his on-set behavior. It sounds like he makes a lot of off-color, impolitically correct, profane jokes that he repeatedly calls “silly” but that others clearly do not appreciate (the only example Garlin would offer is that when he stands up, he often says, “Ow, my vagina.”). He also clearly made a joke that his stand-in did not like. Moreover, he’s a huggy person, and it’s apparent that the hugging makes some people in the cast and crew feel uncomfortable. He also apparently texted one cast member and said she should come to the next table-read only wearing panties, although Garlin claims he didn’t send that text, but if he did, there was nothing sexual about it.

“If I wrote something like that,” Garlin said, “it had to do with something that was going on, and it wasn’t anything sexual. Yeah, there’s no way. I’m talking 100% no way, because I don’t talk that way. I don’t. Now, have I said stuff like that joking? You bet. But not joking where the underlying thing was something sexual. It would have been silly.”

“Silly” is a word he returns to several times to describe what is clearly vulgar behavior that he says is acceptable on the set of Curb Your Enthusiasm, but that the more “politically correct” people on the set of The Goldbergs find offensive. Garlin also regularly denies certain behaviors before admitting to those same behaviors.

Garlin adamantly insists that he’s not being fired by Sony, but also says, “we’ll see what happens,” while also vowing not to misbehave on the set anymore, even though he denied misbehaving on the set in the first place.

“We’re in the middle of talking about what we’re going to do, but there will not be a firing. I will work more on The Goldbergs, just to let you know, I’m in contact with Sony. I will be shooting more days on the show. When I do shoot more days, just to make it go smooth, I will not be doing any of my silly stuff or anything, out of respect. I’m just going to keep it on the QT, because you know why? They’re my bosses. And they have every right to have the set be the way they want.”

It sounds like he has a cushy job, sometimes appearing for only one day of work each week, which sounds right: His role on the series has largely been reduced to three or four reaction shots per episode, and rarely is he heavily involved in the main storylines. He does tell Ryan that he wanted to quit last season because of the repeated HR complaints but stayed on another season because he didn’t want the rest of the cast and crew to lose their jobs. That said, he believes that the series will probably end after this season, its ninth (and with the youngest character on the show, Adam, leaving for college, that makes sense).

Since this afternoon, after a certain piece was published, the things I have heard about — from **all** over the industry — that people had to experience and were told were “funny” “silly” “jokes” 😬😬😬😬 pic.twitter.com/Px0GjaZDxm


← James and Jennifer Crumbley Found Hiding in an Industrial Building | Review: Kristen Stewart Is a Compelling Diana in the Fantastical Ghost Story 'Spencer' →