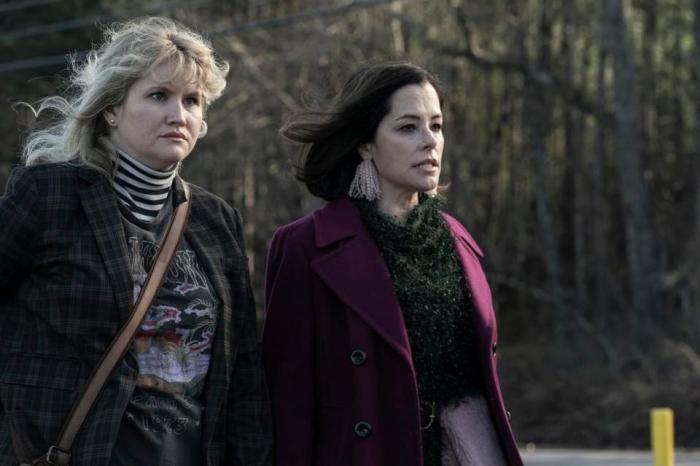 'Tales of the Walking Dead' Breaks the Rules of the Universe, with Mixed Results

I feel like if you are going to break the rules by introducing a gimmick or an element of sci-fi to a universe as well established as The Walking Dead universe is, it really needs to count for something. There have been 20 seasons of The Walking Dead universe, and while the zombies are starting to take on a different form, the rules of the universe haven’t really changed since the characters realized early on that the virus has infected everyone so that even if characters die of natural causes, they still transform into zombies.

“Blair, Gina,” the second episode of the new anthology series, Tales of the Walking Dead, continues in the same lighthearted, comedic vein as last week’s episode, but it also introduces a short-term gimmick. It’s a Groundhog Day episode. It’s clearly a one-off meant to be a fun diversion from the rest of the universe — supply runs, walks in the forest, hordes, wars — but it’s jarring. I don’t want to be a stickler about the rules for a made-up zombie universe, but part of the challenge of The Walking Dead has always been playing within those rules. Occasionally, they’ll fudge with them in the margins — some characters change into zombies immediately, while some others (Alicia, anyway) have taken weeks.

With “Blair, Gina,” writer Kari Drake (Severance, Lost in Space) is like, “F**k it. Let’s do a time loop comedy!” If you’re going to damn the man, you may as well do it with Parker Posey and Jillian Bell, but I’m not sure that this episode is either worth breaking the rules or worthy of Posey and Bell.

It’s 2010, in the early days of the zombie outbreak, just as things are going to sh*t. Blair (Parker Posey) is the entitled, overbearing boss of an insurance company that still thinks the zombie outbreak will be good for business, while Gina (Bell) is her put-upon assistant. As news reports are coming in about the outbreak, and as Gina is taking hundreds of calls from clients who want to modify their insurance policies, Blair decides to get the hell out of dodge, spend the weekend in her vacation home on an island, and leave Gina behind to watch the office until the workday is over and this whole zombie thing blows over.

Blair leaves, but while she’s waiting in a line of cars at a gas station for a tanker to refill the pumps, Gina arrives looking to buy a snack (the vending machines at work are down). Blair jumps out of her car to confront Gina about leaving work early and ends up firing her. Around that time, a zombie in the passenger seat of another car bites off the face of the driver, and things go to hell. Gina pulls a shotgun out of her trunk intending to hijack the gas tanker and drive to safety, but Blair and a fed get in her way. The shotgun goes off, blows up the tanker, and everyone dies.

The death, however, restarts the loop. Blair and Gina are back in their office, and eventually, they both realize they’re stuck in the same time loop that keeps ending with the gas tanker exploding. Over the course of the episode, Blair and Gina — who hated each other in the beginning — forge a bond over their many shared deaths, figure out how to successfully steal the tanker, and survive past the end of the 5 p.m. workday and thus end the time loop.

As disposable entertainment, it’s a fine enough episode. It’s watchable, occasionally funny, and Posey and Bell do nice work. It’s also a unique episode for The Walking Dead universe both in terms of tone and the time-loop gimmick. But relative to the wider world of entertainment, it’s a pedestrian episode of television. The time loop has been done countless times, in countless movies and television episodes, and even the shared time loop isn’t new (Palm Springs mastered that a couple of summers ago). I feel like if you’re going to step outside the rules of a universe, you need to go big. Like, surreal, magical-realist zombie musical big. “Blair, Gina” is not that. It’s just the same thing we’ve seen hundreds of times only in a different universe, and if this is as good as it gets, even while playing outside the lines, maybe the TWD universe truly has exhausted itself.

← Finnish Prime Minister Sanna Marin Caught In An Act of Unspeakable Coolness | Why is Warner Bros. Discovery Removing So Many Shows from HBO Max? → 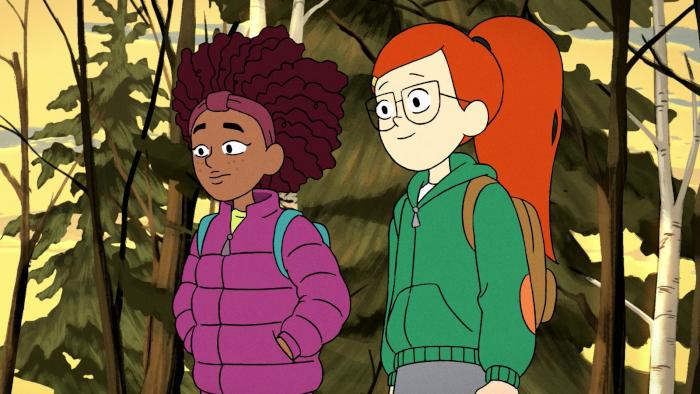