Dancing With The Stars is courting controversy this season by casting Donald Trump’s first former White House Press Secretary Sean Spicer. It’s a decision that has many outraged, but—to the producers’ credit—also has this reality show that’s in its 28th season scoring all kinds of headlines and free press. What kind of headlines? Welp. There have been the ones about Queer Eye’s Karamo Brown calling this lying sack of curdled cottage cheese a “good guy.” Then there’s how Spicer’s casting was so disturbing to host Bergeron that he came out against it in a none-too-subtle subtweet. Now Spicer is scoring his own headlines with a comically stupid—and deeply infuriating—response to all this backlash.

Before we get to that, you need to know exactly what Bergeron said. Here’s his tweet.

Some thoughts about today pic.twitter.com/aCQ4SHrGCI

For those of you squinting, here’s the text:

A few months ago, during a lunch with DWTS’ new executive producer, I offered suggestions for season 28. Chief among them was my hope that DWTS, in its return following an unprecedented year-long hiatus, would be a joyful respite from our exhausting political climate and free of inevitably divisive bookings from ANY party affiliations. I left that lunch convinced we were in agreement.

Subsequently (and rather obviously), a decision was made to, as we often say in Hollywood, “go in a different direction.”

It is the prerogative of the producers, in partnership with the network, to make whatever decisions they feel are in the best long-term interests of the franchise. We can agree to disagree, as we do now, but ultimately it’s their call. I’ll leave it to them to answer any further questions about those decisions.

For me, as host, I always gaze into the camera’s lens and imagine you on the other side, looking for a two-hour escape from whatever life hassles you’ve been wrestling with. That’s a connection, and a responsibility, which I take very seriously, even if I occasionally season it with dad jokes.

Hopefully, when Erin Andrews and I look into those lenses again on Sept. 16, you’ll be on the other side looking back, able to enjoy the charismatic pro dancers, the unpredictable judges and the kitschy charm that has defined DWTS since 2005.

While Bergeron never mentions Spicer by name, there’s zero ambiguity about who he’s referring to when you look at the cast list—and their descriptions—provided by ABC’s website:

THR reached out to Spicer for his thoughts about the subtweet. And you might want to brace yourself for this answer because it is astonishingly stupid, deceptive, and self-serving. So basically, it’s Spicer on-brand.

“I hope it will be a politics-free zone. My hope is that at the end of the season, Tom looks back on this and realizes what a great example it was of being able to bring people of really diverse backgrounds together to have fun with each other, engage in a real civil and respectful way and maybe show millions of Americans how we can get back to that kind of interaction.

Yeah. Sean Spicer, who is known only for his work in politics, wants Dancing with the Stars to be a “politics-free zone.” Sean Spicer, who is a straight, white, cis-gender Republican man, used the word “diverse” to refer to himself. Sean Spicer who worked for an administration that has promoted white nationalism over and over and over, says he wants to “engage in a real civil and respectful way.” Sean Spicer, who is either a total moron, unrepentingly evil or both, thinks the way forward in making America great again involves him doing a sub-par samba on national television.

Bummer for Spicer, his attempt at applying alternative facts to his own history of disgrace isn’t going over great on Twitter. Do take note of the names below. A lot of actual stars have commented on this so-called star’s statement.

“Please don’t hold me accountable for the evil I did.”

Person whose only claim to fame is lying on the job and defending a bigot hopes people don’t remember that he was a liar and defended a bigot. Well done #DWTS! https://t.co/6LqeGtuy2W

I wish the cages at the border were in a politics-free zone. https://t.co/PlDING8Pvv

Right now America is a “kids-in-cages zone” that you helped create. When you resign as an advisor to the America First pro-Trump super PAC, let us know. In the meantime sit down. https://t.co/ITjbx4WoIx

You hitched yourself to a dump truck, don't be surprised people think you're garbage. https://t.co/kxTdk6tB49

You enabled a racist, sexual assaulting White Nationalist, @seanspicer. Dancing while children sit in cages, torn from their families because of policies you championed is vile. Why are you doing this @DancingABC? @RobertIger? You cool with banning Muslims? Are Mexicans rapists? https://t.co/GlDNUEUVl9

.@seanspicer Please spare the nation this latest embarrassment by walking away from DWTS. You eroded the republic and now you seek to monetize your infamy. You are a disgrace and history will remember. No amount of flouncing around on a ballroom dance floor can ever redeem you. 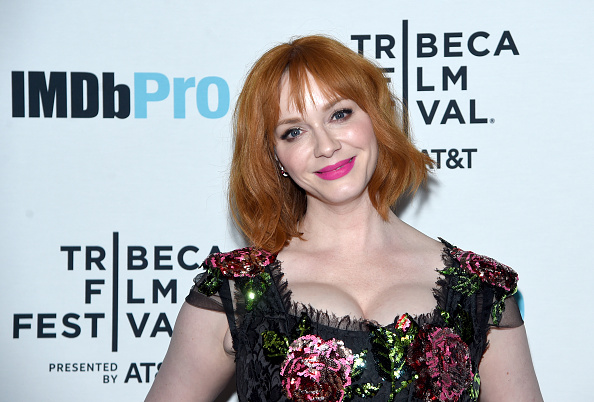 Wait, What? Christina Hendricks' Hand Was in a Very Famous Movie Poster

Psychologists Say Humans 'Could Adapt' To Cannibalism. Wait, What?